Uber is pulling its application to renew its permit for testing autonomous vehicles cars on California streets.

But the California DMV plans to still move forward with issuing driverless testing and/or deployment permits beginning April 2. But, a spokesman said, “that doesn’t mean a manufacturer will meet the requirements or if we will approve them.” So even if Uber had applied, it's unlikely it would receive a permit.

Companies are already testing self-driving cars on California roads today, such as General Motors, Google’s self-driving spinoff Waymo, and a startup called Zoox. But those all have humans inside. This next phase will allow for testing without humans inside the cars, but there’ll be a remote operator ready to take over.

Uber says it withdrew its California application because it wouldn’t have been able to respond to state regulators’ questions until it first reviewed the findings of the investigation in Arizona. So far no one has determined whether Uber was at fault in the crash.

In the wake of this fatal crash, people have criticized Arizona for overly lax regulations of self-driving cars.

California's regulations will allow a true driverless car to operate on public roads in a "safe controlled manner," meaning cars will be able to be tested without a human in them. Prior to these rules, autonomous vehicles could only be tested in California with an approved driver.

Under the new regulations, vehicle manufacturers must obtain a driverless testing permit from the DMV and comply with the permit requirements, which include:

People seem to be divided on the autonomous car future. On the one hand, many people are looking forward to not having to pay attention to the road, and to fewer traffic fatalities. Imagine a world without drunk driving.

But the Tempe crash shows that the technology has a long way to go.

There’s another concern you’ll hear, related to induced demand. The utopian view of autonomous cars is that they will relieve traffic, by reducing car ownership and the need for so much parking.

But the less optimistic view is that the opposite will happen. This view anticipates more vehicles miles traveled (VMT), because autonomous vehicles will make car rides so much more convenient, further clogging America’s already congested city streets. Plus they don’t believe people will give up on car ownership.

You only have to look at what’s happened with Uber and Lyft. Ride-hailing was heralded as a means to get people out of their cars, but there are now more on the roads.

Experts also caution that without sound public policy, the autonomous future could be more polluted.

"If the autonomous future is imminent, how do we make sure it's shared and electric at the same time?," asked Matt Petersen, CEO of the L.A. Cleantech Incubator and former chief sustainability officer for the City of Los Angeles. "So we don't just end up with more vehicles on the road that have internal combustion engines, or for that matter autonomous shared vehicles that have internal combustion engines. We really need to reduce emissions from an air quality standpoint, and a greenhouse gas emissions standpoint, here in Southern California."

Here’s the reality: A recent California Traffic Survey reported texting while driving and the use of mobile phones as “the most serious distractions on roadways today.”

But pedestrians are distracted too. How many times have you been driving or biking and a person walks into the street while texting or listening to music and does not stop at the street edge to look out for traffic? Honolulu now fines distracted walkers, and the small Southern California city of Montclair has introduced $100 fines for people crossing the street while staring at their phones.

Now that smartphones have turned us into distracted drivers and distracted pedestrians, the argument goes, autonomous cars are necessary. 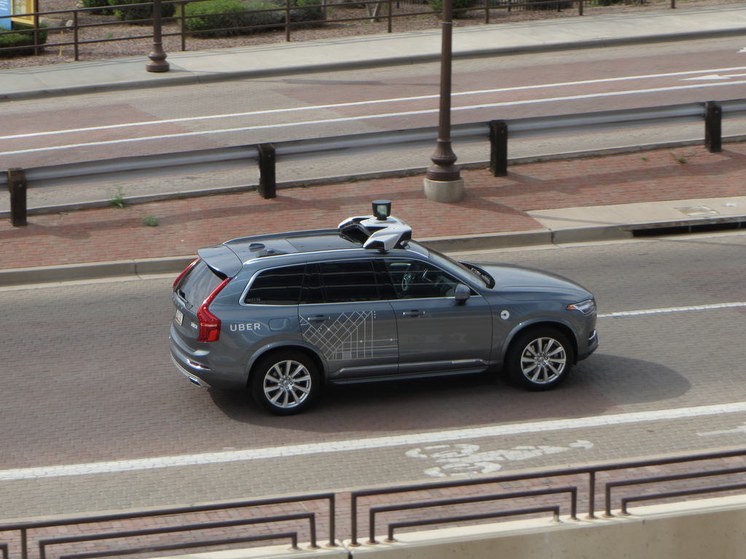