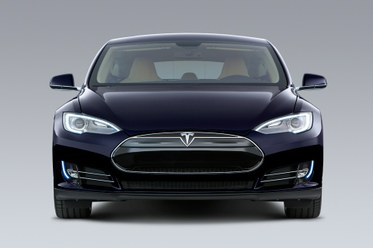 If you’ve seen the movie Skyfall, you may have noticed that there's one staple of James Bond films that's missing—a sensational new car. The one memorable vehicle is from yesteryear: 007’s old Aston Martin, kept like a relic in a hideaway garage. It’s as if the filmmakers determined there was no contemporary car worth salivating over. In real life however, there is. It’s Elon Musk’s Tesla Model S, an all-electric car that—as numerous excited car geeks will tell you—has a completely reinvented powertrain and a driving experience like no other. Wall Street Journal auto critic Dan Neil tells us exactly why it's so revolutionary.

Last month the Tesla Model S was anointed Car of the Year by both Automobile Magazine and Motor Trend—sweet success after years of naysaying from industry critics and even badmouthing on the campaign trail by a presidential challenger. The reason Romney and others poo-poohed Tesla is because it was a clean energy startup utilizing government subsidies that appeared to be unable to deliver its product to the thousands of people who had put down deposits on the car.

But it's now clear that Tesla has delivered—and then some. At the Tesla design studio in Hawthorne, Frances meets up with Tesla CEO Elon Musk and Tesla’s chief designer Franz Von Holzhausen to find out how they went about creating both a game-changing car, and a new car company in an age of massive corporations. In an industry dominated by long-established, global behemoths, just how did Tesla get off the ground?

And what's it like to drive a Tesla Model S? Tesla's chief designer Franz Von Holzhausen gave his car to his father, Frank Von Holzhausen, who is also a designer, of products. He’s driven every car that his son has designed. Frances called him at his office in Connecticut and asked him first how the car compared to previous ones designed by his son, who has worked for Audi, General Motors and Mazda. 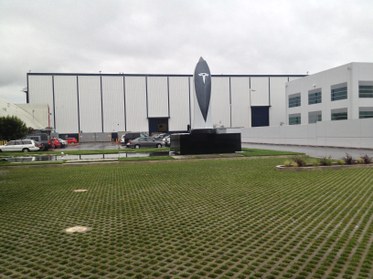 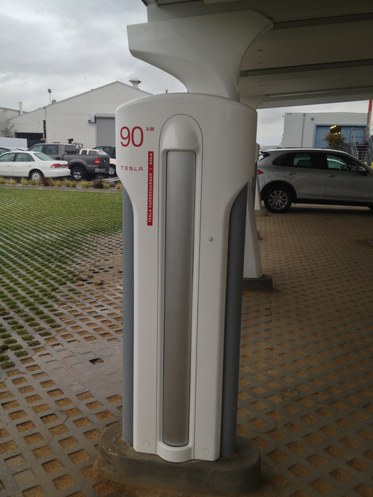 A Tesla supercharger at the Hawthorne design studio 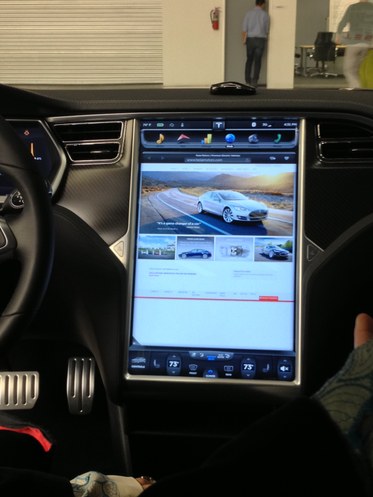 The huge 17-inch screen on the console 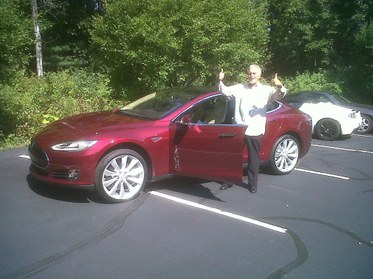 Franz Von Holzhausen's father Frank gives the thumbs-up to his new Tesla, designed by his son

If you’ve seen the movie Skyfall, you may have noticed that there's one staple of James Bond films that's missing—a sensational new car. The one memorable vehicle is from...