The association between Africans and growing rice is prevalent in the American South, explains culinary historian and educator Michael Twitty. Photo by Bret Hartman.

In the American South, rice turns a collection of dishes into a meal.  Michael Twitty is an African American Jewish writer, culinary historian, and educator.  His personal journey of self discovery resulted in the ground breaking work “The Cooking Gene.” In his latest book, he turns his attention to rice. Tomatoes, peppers, and onions are the trinity behind his favorite red rice dish made by his Alabaman grandmother, a dish he describes as the closest thing of his which may have roots.

This recipe for the Low Country classic was inspired by the erudite Damon Lee Fowler, culinary historian and cookbook author from Savannah and a keeper of old southern culinary traditions. This tomato pilau is one of the greatest dishes ever to emerge from the Low Country and can be adjusted depending on your tastes. This recipe was published in Fowler’s The Savannah Cookbook, published in 2008 by Gibbs Smith, and is included here by permission.

-Put the bacon or salt pork in a Dutch oven and turn the heat to medium. Fry, uncovered, until the fat is rendered and the bacon is crisp. Spoon off all but 2 tablespoons of fat.
-Add the onion and bell pepper and sauté until translucent, about 5 minutes.
-Add the rice and stir until it’s well coated and warmed, about 3 or 4 minutes. Add the tomatoes with their juice, stock, Worcestershire sauce, salt, cayenne, and a liberal grinding of pepper to taste. Bring to a boil and stir, scraping any loose grains that are sticking to the pan.
-Loosely cover, reduce the heat as low as possible, and let simmer for 25 minutes.
-Remove it from the heat and allow to steam for 15 minutes before serving.

Kitchen Pepper
Kitchen pepper is an old-school spice mixture that was very popular in early American cooking, especially in the coastal South. While it takes its main cues from quatre épices, a spice mix of pepper, cloves, nutmeg, and ground ginger common in French cooking, it also helped to preserve both medieval and Silk Road flavors in southern foodways, as well as the flavors of West Africa, where indigenous and Middle Eastern spices had long influenced the cuisine. This is my take on this classic. It has the complexity of garam masala without quite the punch and heat.

-Combine the ingredients in a small bowl.
-Store in an airtight container in a cool, dry place for up to six months. 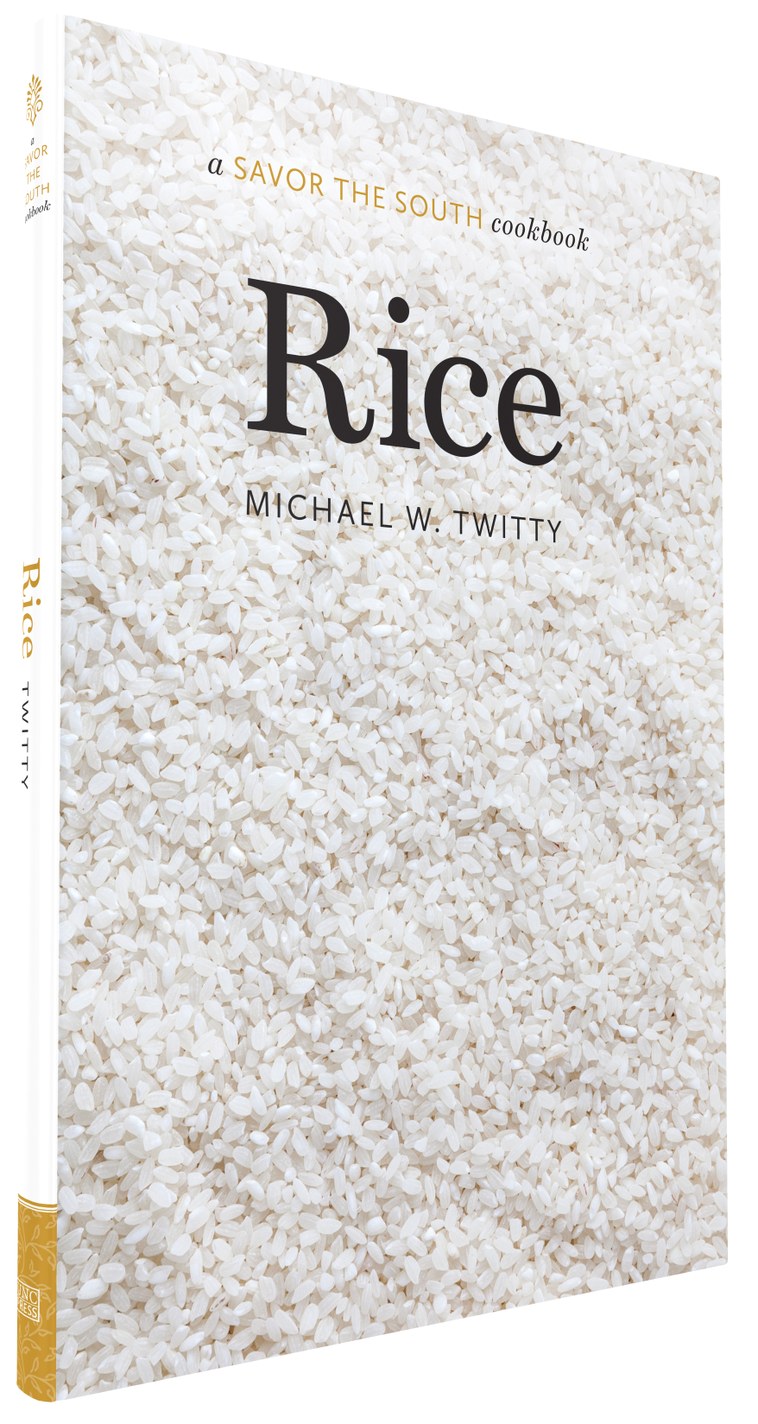 Michael Twitty’s book, “Rice,” is part of the Savor the South series. Photo courtesy of University of North Carolina Press.

Rice: How we grow, cook, and eat it

Cooking rice on a wood-burning stove was an art, says Anne Ewbank. Around 1945, engineer Masaru Ibuka started a small company in an abandoned department store that fixed...