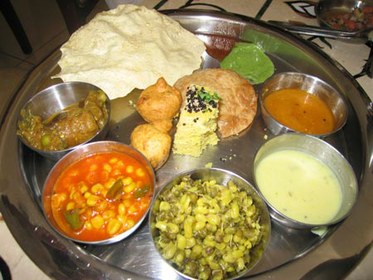 Los Angeles is a sister city to Mumbai, India, which explains the rapidly expanding Little India, a section off of Pioneer Boulevard in Artesia. There you can find Indian ice cream -- both the Kulfi and Falooda varieties -- among many other snacks. Mumbai cuisine is known for its seafood and snacks.

Mira Advani Honeycutt is the chairperson of the Los Angelels-Mumbai Sister City Affiliation. When Mira isn't cooking her own Indian food or eating in Artesia, she likes to eat at <Flavor of India in West Hollywood and Surya on West Third.

In a 6-8 quart pan over high heat, stir milk and sugar until simmering. Over medium-high heat, boil until reduced to 2 cups, 25-35 minutes, stirring often; slide pan partially off heat if milk threaten to boil over. Let cool; to speed cooling, set pan in ice water.

Set paper cups in a rimmed pan. Or, to make cones, cut 8 pieces of parchment or waxed paper into 7-1/2" squares. Fold each piece in half to make a triangle. With long edge toward you, bring one of the 45' angles to the top of the triangle, and then roll toward other angle. To close hole at bottom, starting from the top, press one inside sheet to the opposite side. Tape the cone in a few places to hold it together. Support each cone, pointed end down, in a cup slightly taller than the cone; set cups in a rimmed pan.

Divide milk mixture among cups or cones. Freeze until kulfi is thick but not hard, 1 to 1-1/2 hours. Then, if desired, push an ice cream stick into each container. Freeze until firm, about 2 hours longer. To eat, peel off paper. To store, seal kulfi (still in cups or cones) in a large plastic bag; freeze for up to 2 weeks.

Lou Wine Bar chef DJ Olsen always has delicious ideas for how to make the best of local produce. He tells us about a cake made with coarse polenta or cornmeal. He uses a...

Buying Wine from a Negociant

Peter Langenstein is the owner of Brix 26 , a personalized wine consultation service based in San Francisco. Peter recommends buying wine from a negociant as a money-saving...

Los Angeles is a sister city to Mumbai, India, which explains the rapidly expanding Little India, a section off of Pioneer Boulevard in Artesia . There you can find Indian...

Lesley Balla is the L.A. Editor for Tasting Table , a daily email newsletter spotlighting restaurants around town. Since joining Tasting Table, Lesley has been surprised...

Stephanie Mencimer is a writer for Mother Jones. A recent article she wrote about a woman's mystery illness describes a complex and baffling maze of regulatory...

Michael Cimarusti is the chef/owner of Providence (5955 Melrose Ave.), where they sometimes have bouillabaisse on the menu. This French soup is traditionally from...

Judy Logback is a co-founder of the Kallari Association , a co-operative of 850 indigenous cacao farmers and producers in the Napo region of the Ecuadorian Amazon. The...