Chef Daniel Navarro’s grandmother, Gladys, opened El Cochinito 30 years ago, following in the footsteps of her father who had a restaurant in Cuba. Photo by Alex Lark.

Chef and owner Daniel Navarro’s grandmother, Gladys, opened El Cochinito in 1988 in a small strip mall along Sunset Boulevard in Silver Lake. Much has changed in the three decades since, but Navarro is still serving the food he grew up with, including an award-winning Cuban sandwich. Navarro joins Good Food for this week’s installment of “In the Weeds.” 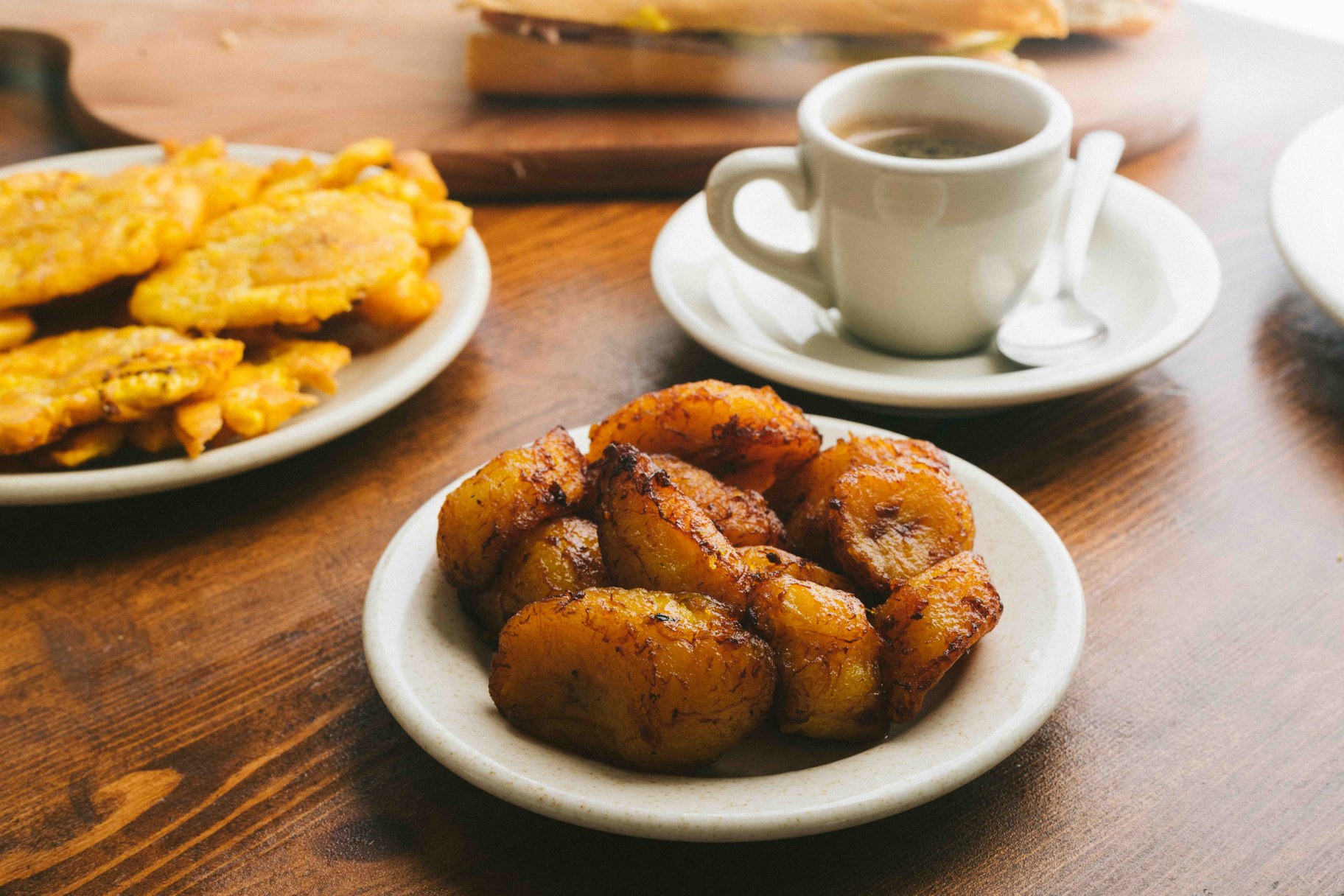 Add maduros or tostones to your order of lechón asado or award-winning Cuban sandwich at El Cochinito. Photo by Alex Lark.

Hanukkah, the celebration of the miracle of light, is actually a minor holiday in the Jewish calendar. But it’s a focal point this time of year because it’s close to...

Want to celebrate Christmas for 4 months? Move to the Philippines

The holidays bring as many traditions as there are families worldwide. Even within cultures, each family might make a treat differently from their neighbors. But one...

Collard greens symbolize money in a traditional New Year’s dish , paired with black-eyed peas and cornbread. The green has special significance to Southern cuisine, so why...

Market correspondent Gillian Ferguson catches up with Mercedes Saucedo at the Santa Monica Farmer’s Market. Saucedo is shopping for kiwi, yuzu, and cherimoya for her...

Taking the train to the next Indian snack

Train travel is commonplace in India, where local vendors sell regional snacks at depots. Chaat is the Hindi word meaning “to lick.” It describes anything so good that you...