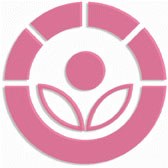 Some food producers use irradiation in the form of gamma rays, electron beams and X-rays, to kill bacteria and insects.  In August, 2008, the Food and Drug Administration began allowing irradiation of fresh produce, specifically spinach and iceberg lettuce. Meat has been irradiated for years.  Since the recent salmonella outbreak in peanut products, there has been renewed interest in irradiation as a way to prevent food borne illness.

Bill Freese, science policy analyst at the Center for Food Safety, says the CFS has determined that irradiation can destroy the vitamin content of foods. It can also create mutagen by-products which can be harmful.

Life On A Container Ship; Irradiated Vegetables; The Theory of Randomness

In The Drunkard's Walk : How Randomness Rules Our Lives, Leonard Mlodinow shows just how unreliable polls, grades, sports statistics and wine ratings are. According to a...

Dr. Temple Grandin is the author, with Catherine Johnson, of Animals Make Us Human : Creating The Best Life for Animals. A Professor of Animal Science at Colorado State...

Mourad Lahlou is the chef at Aziza in San Francisco, where he and his staff make fresh couscous every day. Couscous is a Moroccan dish made by rolling semolina...

Gianaclis Caldwell and her family raise Nigerian Dwarf Goats at Pholia Farms in Rogue River, Oregon. These goats have a high butterfat content, sometimes as high as 10...

Rob Long is a writer and producer living in Hollywood.

Some food producers use irradiation in the form of gamma rays, electron beams and X-rays, to kill bacteria and insects. In August, 2008, the Food and Drug Administration...