Michelle Obama acted as a producer and is featured as “Mrs. O” on the Netflix series, “Waffles + Mochi,” imparting life lessons to the puppets upon returning from their global culinary escapades. Photo by Adam Rose.

In Netflix’s new children’s series “Waffles + Mochi,” Waffles is a Yeti with a waffle for a father, and her sidekick Mochi is filled with strawberry ice cream. Together with the wise guidance of Mrs. O, aka former first lady Michelle Obama, these intrepid puppets traverse the globe, meeting world class chefs, expanding their food and taste vocabularies, and spreading joy in their wake. Jeremy Konner and Erika Thormahlen are the creators of the new series. 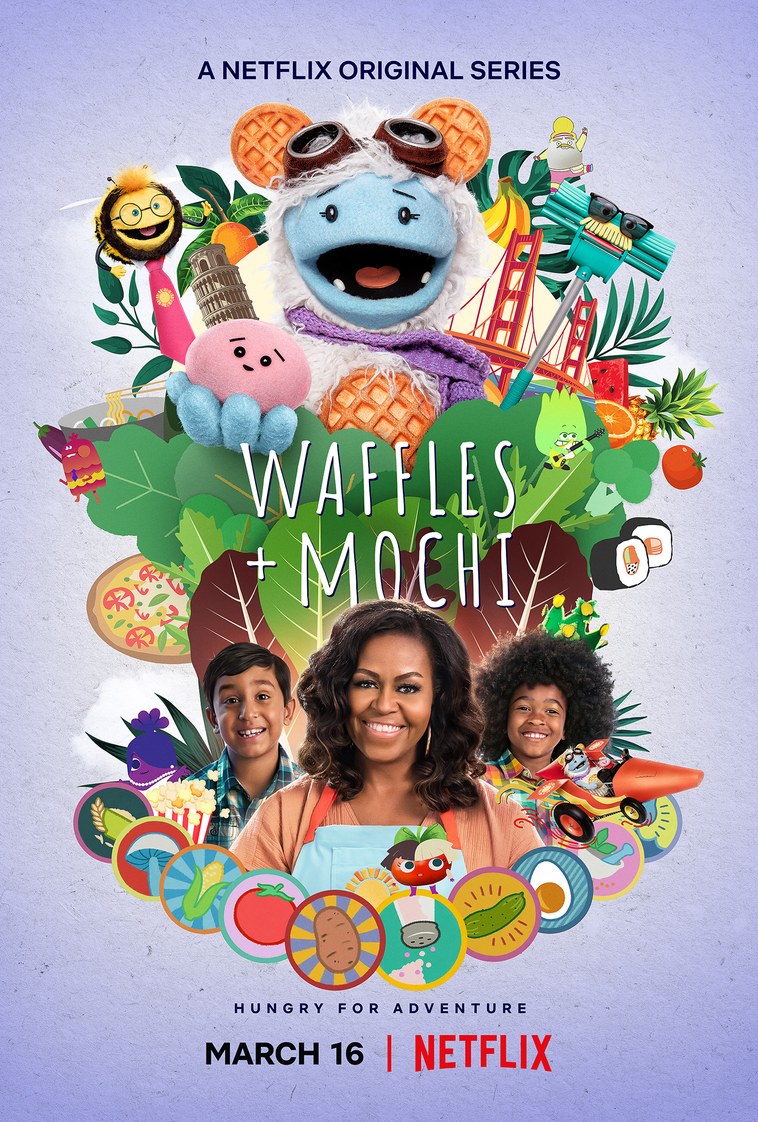 From rice in Savannah, Georgia to eggs in Modena, Italy, puppets Waffles and Mochi traverse the world in search of where our food comes from in a new Netflix series. Photo courtesy of Netflix.

Roxana Jullapat talks about her long-awaited cookbook, “Mother Grains," and the pilgrimages she made to discover barley, buckwheat, corn, oats, rice, rye, sorghum, and wheat.

In Netflix’s new children’s series “ Waffles + Mochi, ” Waffles is a Yeti with a waffle for a father, and her sidekick Mochi is filled with strawberry ice cream. Together...

‘In the Weeds’: Ria Dolly Barbosa’s Petite Peso is a corner spot for opportunity

The corner of 7th and Hill Street in downtown Los Angeles has seen its fair share of lumpia. If restaurant spaces have lineages, Petite Peso is a third generation Filipino...

Haute and feral: Chef Analiese Gregory takes to the wild

Originally from New Zealand, Chef Analiese Gregory remembers growing up barefoot in the Outback. With an urge to discover and travel, Greogry landed in the French...

Legions of restaurants pivoted last March as the city shut down. Many Michelin restaurants found it difficult to switch gears as chefs swapped their tweezers for takeout...

Gather For Good started in 2017 with a community bake sale.