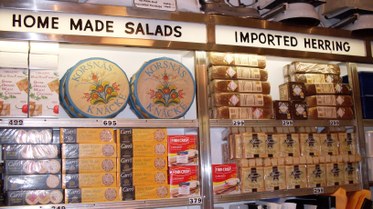 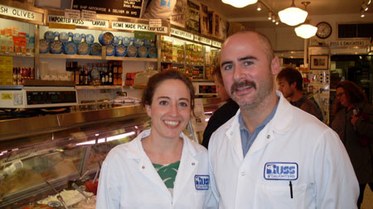 Joel Russ started the business with a pushcart, selling Polish mushrooms and smoked fish to the Jewish immigrant community.  In 1914 he opened a shop on Houston Street in Manhattan.  Ninety-five years later the shop is still selling smoked fish, along with herring, caviar and other imported goods.  In 1933 Joel Russ changed the name to Russ & Daughters.  It's the first business to have "& Daughters" in the title.  Niki Federman and Josh Russ are the fourth generation of the Russ family and they run the store today.

Read more about Russ & Daughters on their blog, Lox Populi. 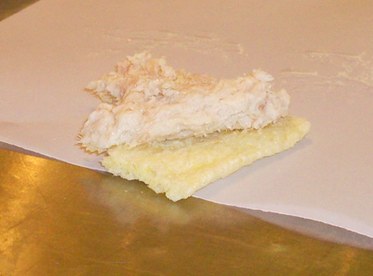 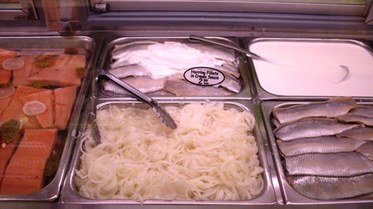 Herring with Cream Sauce and Onions 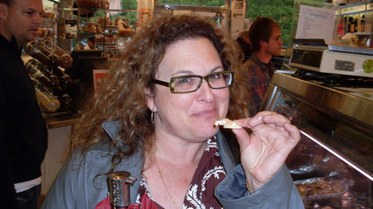 Robert Sietsema is the food critic for the Village Voice where he writes the Counter Culture column. Robert recommends Nepalese restaurant Mustang Thakali Kitchen in...

Rick Mast behind the counter at Mast Brothers Chocolate Rick Mast and his brother Michael Mast make chocolate in their Williamsburg, Brooklyn factory. They source their...

Joel Bukiewicz of Cut makes handcrafted kitchen knives in his studio in Gowanus, Brooklyn. He sends the knives to a facility in Idaho to be heat-treated and forged. The...

Zaid Kurdieh of Norwich Meadows Farms has greens, radishes and kohlrabi at his Greenmarket stand. Zaid likes to peel his kohlrabi and eat them raw. Spring garlic is in...

Suvir Saran and Devi Chef Hermant Mathur Suvir Saran is the owner of Devi in Manhattan and American Masala in Jersey City. Spices are the cornerstone of Indian...