Suzanne Goin and Caroline Styne started A.O.C. as a small wine bar on 3rd Street. They replicate the menu and sprawling wine list in Brentwood, converting their restaurant, Tavern, into a second location. Photo by Ray Kachatorian.

With the small plate, Mediterranean aesthetic, Suzanne Goin and Caroline Styne have converted their former restaurant, Tavern, into a second location of their beloved concept A.O.C. Los Angeles Times restaurant critic Bill Addison says of Goin, “I don’t feel a lot of people don’t really nail it, and she does — all the time. It’s always the vegetables and the fruits that stand out to me at A.O.C.”. Of the second A.O.C. location, Addison says, “It knows what it is and meets its own ambitions.” 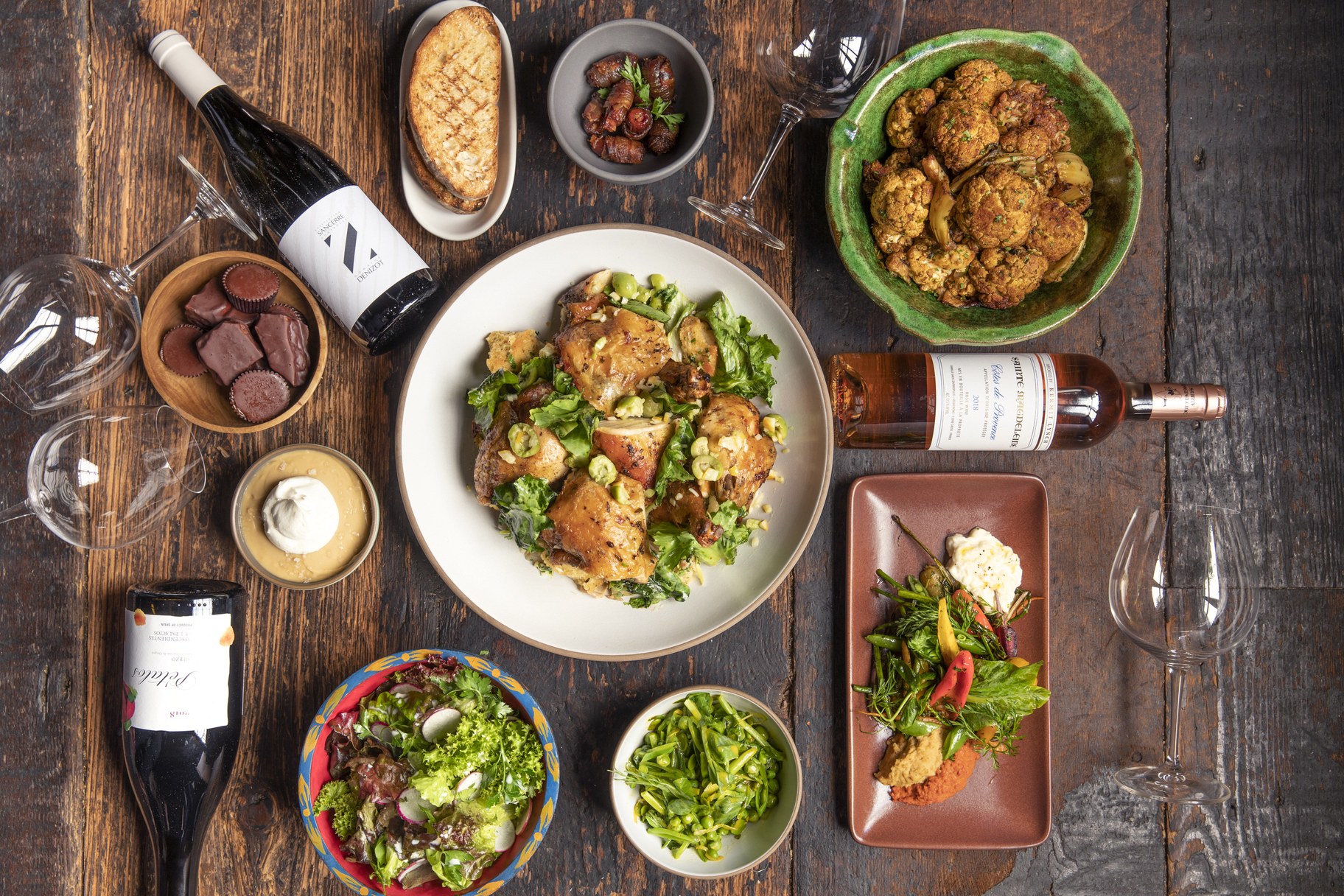 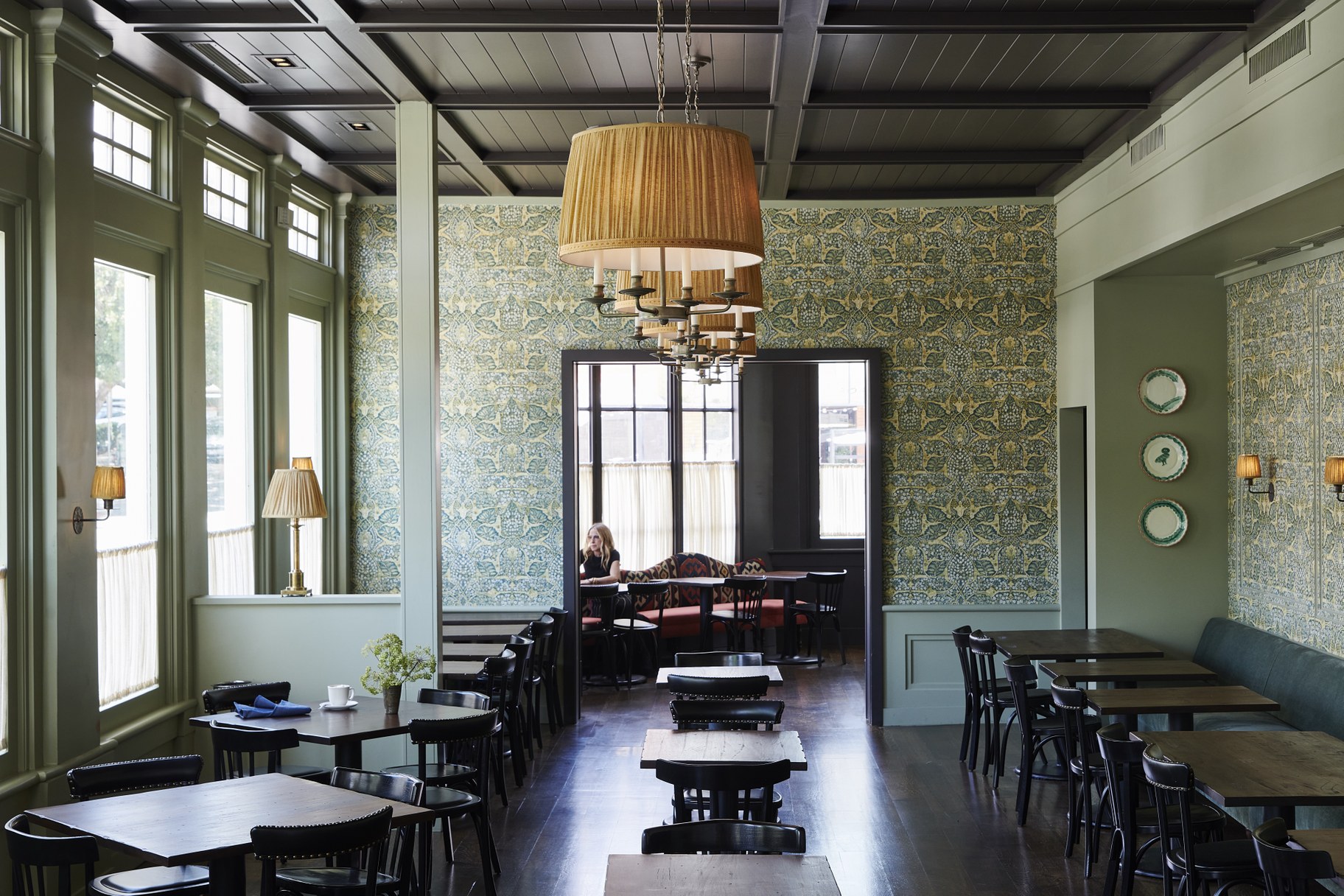 Some renovations, like green wallpaper chosen by designer Nicky Kehoe, brought the second location of A.O.C. location to life. Photo by Amy Neunsinger.