The secret behind HomeState’s continued success: Its tortilla queens When local and national reporters cover HomeState, Southern California’s thriving Tex-Mex chain, they naturally focus on founder and owner Briana Valdez. After all, it was the Tejana’s homesickness for puffy flour tortillas and filling breakfast tacos that inspired the first-time restaurateur to open her business in 2013. Her ambition and acumen has seen HomeState grow to five locations, with dreams for more.

Many of those articles also mention Valdez’s ultimate inspiration: Her Grandma Lala, whose recipe is the secret behind HomeState’s flour tortillas, and the eatery’s reign as defending champion of KCRW and Gustavo’s Great Tortilla Tournament. A black-and-white photo of Grandma Lala adorns every HomeState location, Valdez’s reminder to herself and others of the importance of heritage and never forgetting one’s roots.

But HomeState has another secret to its flour tortillas, one that rarely gets media recognition but that Valdez proudly and freely hypes up whenever she can: HomeState’s tortilla queens, the immigrant women who make fresh tortillas at each location, every day, by the hundreds.

Few of them had ever made tortillas, whether corn or flour, in their native countries. Today, however, they’re the people that Valdez entrusts with not just with the production of HomeState’s fundamental foodstuff, but also her family’s most prized heirloom. 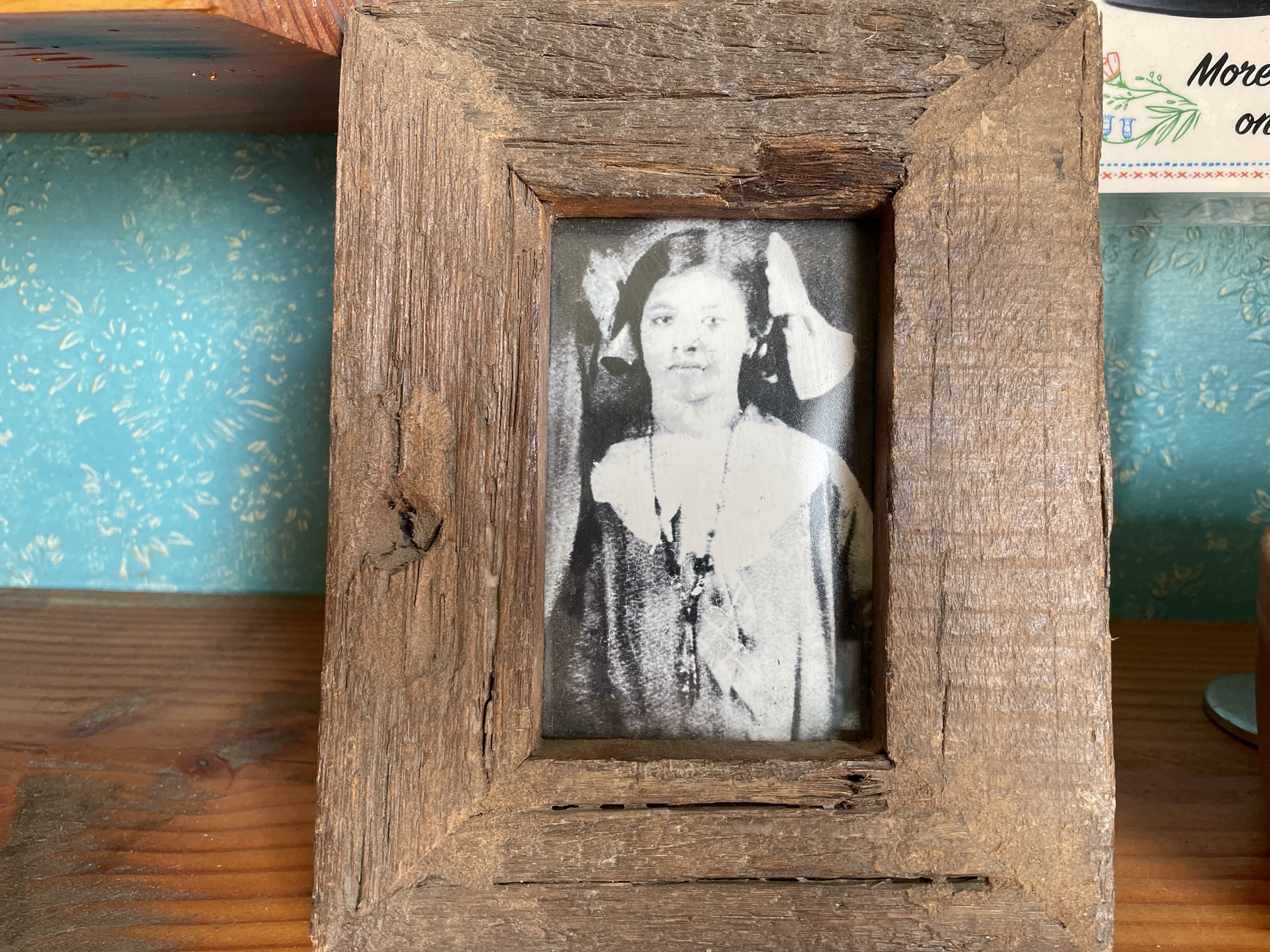 A photo of Grandma Lala, the abuelita of HomeState founder and owner Briana Valdez. Her recipe serves as the base for HomeState's award-winning tortillas. Photo by Gustavo Arellano.

“No matter how hard my day might’ve been,” Valdez says outside HomeState’s Highland Park location on a recent weekday. “If they’re in the kitchen, you know everything’s going to be OK.”

The longest-reigning queen isReyna Cruz Bustillo. Her fellow queen is Paola Morales. She’s been with the chain nearly from the start, from the original Hollywood location, to helping launch its Highland Park outpost, to her current assignment in West Adams. She and fellow tortillera Ramona Cruz Ovieda are in charge of making the masa every day that gets turned into the doughy orbs distributed to each location, where they’re turned into the buttery flour tortillas you know and love.

“I never thought in my life I’d ever think about working on something like this, because we don’t have flour tortillas in Guatemala,” says Morales, 43. “But it feels wonderful. There’s a saying where I’m from: ‘When you work with flour, it’s a blessing.’ Because that’s how you make bread and tortillas, and it’s something sacred.”

Morales learned the recipe and proper technique directly from Valdez, initially doing it all by hand. But Morales admits the work was physically taxing.

The HomeState jefa bought a small machine to make the masa, and a manual press to form every flour tortilla. The queens would then place the raw tortilla on large comales — flat cast iron griddles — to make sure they cooked long enough to get the slightest of char marks, but not long enough so that they burned. Today, each location boasts larger automatic machines to make at least 500 tortillas a day per location.

“I start to think, how was it all before and how it is today,” Morales said. “It’s been an amazing change. And I’ve always said, ‘Thanks first to God, and then Briana.’”

Elizabeth Flores also had never made homemade tortillas before starting at HomeState. “We used to buy them at the store growing up,” the Mexico City native admits while manning the tortilla station at HomeState Highland Park. “I never realized how hard it was to make them!”

The 34-year-old has worked at HomeState for four years and learned under Morales how to flip each tortilla after just a couple of seconds and then stack them right to ensure they stay warm before they get turned into breakfast tacos. 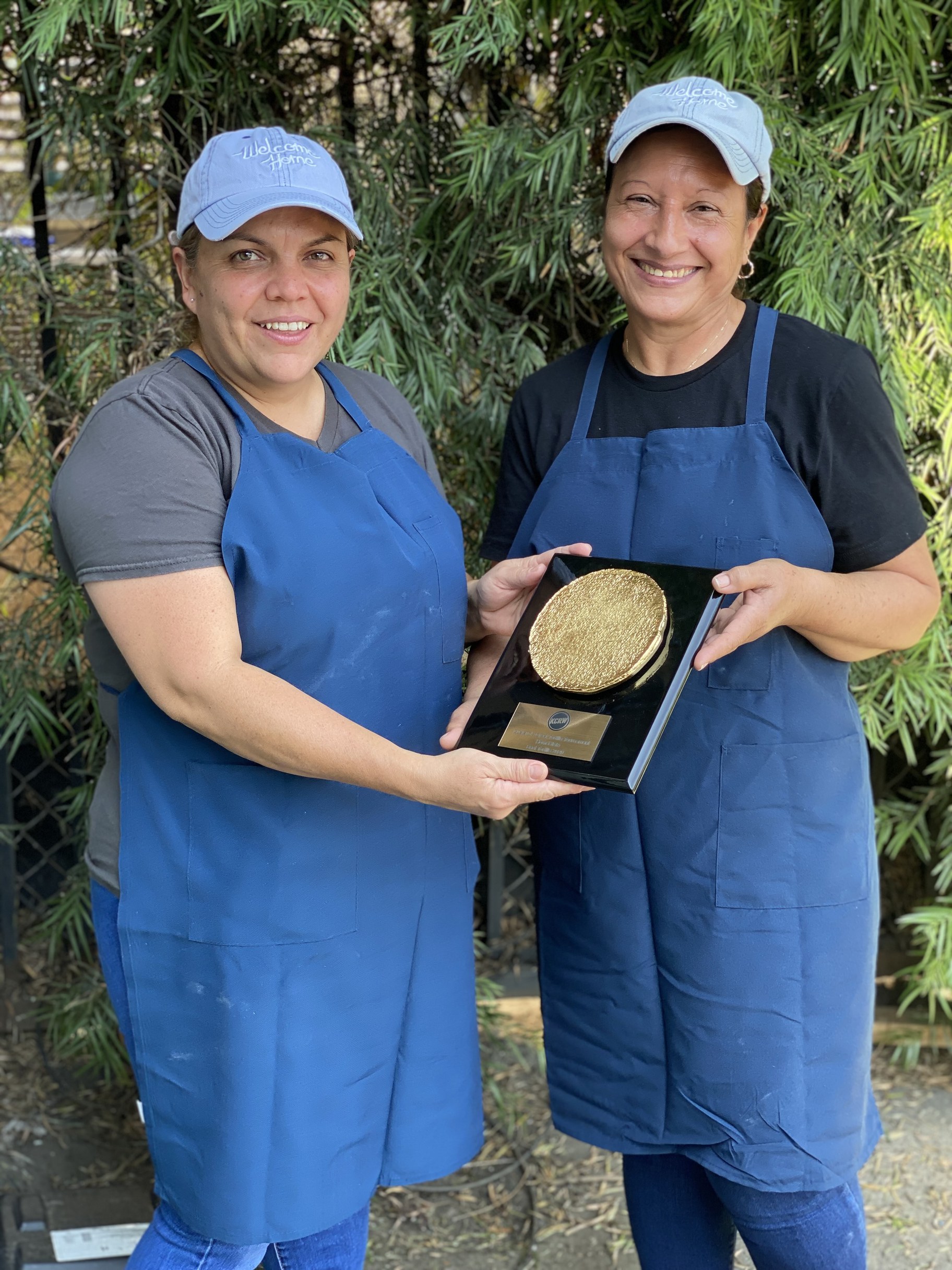 “It’s important that our tortillas come out beautiful,” Flores says. “Because we’re doing the work of Briana’s grandmother. It’s emotional to know that we’re helping to continue her legacy.”

Valdez’s eyes well up when I share Flores’ quote with her.

“It’s such a simple product with few ingredients, but it’s all about the touch and heart of the people who make it,” she said. “You can tell when people care. Elizabeth, Paola, and everyone else – they’re maternal with what they do.”

Last month, HomeState finally received the Golden Tortilla for the 2020 Tortilla Tournament (blame me for the delay). Each tortilla queen spent time holding and posing for photos with the well-earned prize before it  was affixed at the Highland Park location.

“There, you see the efforts of every one of us, of the desire that we put in our work,” Morales says.

Asked whether they were ready to defend their crown, the two didn’t hesitate.