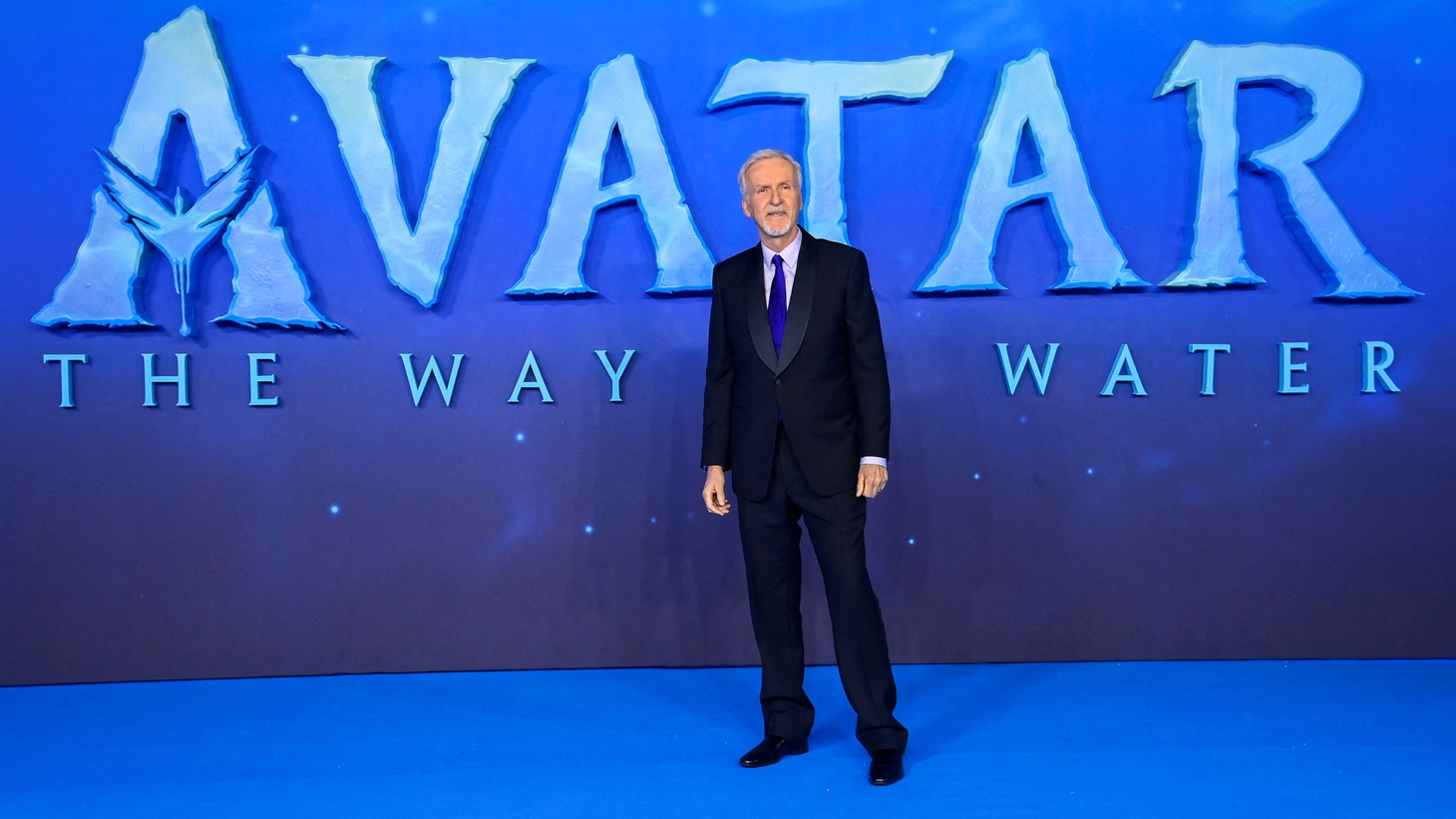 Director James Cameron arrives at the world premiere of “Avatar: The Way of Water” in London, on December 6, 2022. Photo by Toby Melville

“Avatar: The Way of Water” is rolling into theaters in the United States and China this week. With a budget of $350 million, director James Cameron has said the film has to make over $2 billion at the global box office to break even. With projections of $500 million on opening weekend, can the sequel surpass Cameron’s wish? Kim Masters and Matt Belloni look into it.

Kim Masters: [The Avatar sequel] has a very wide runway. Every other kind of broad movie has gotten the hell out of its way. It is three hours-plus, a little bit of amazing visual stimulation and action.

The question is with a gigantic bill for this thing, will it manage to, and Jim Cameron is aiming to break even. It's hard to [figure out] though, because you have to look at it through so many different lenses.

Matt Belloni: The production budget was $350 million. I have heard it's much bigger than that, but it's really difficult to say so because so much of this movie is about the technology that can then be utilized across these three additional sequels that he says are coming, and they hope they're coming because this movie has to do a number in theaters.

Most people think that it will open to about $500 million worldwide. It is opening day and date across the globe and in China, which is not insignificant considering, first of all, that not many movies have gotten to China release lately. And secondly, China is huge with IMAX and those theaters can deliver increased dollars and get you to a bigger number faster.

Looking at “Avatar” from multiple lenses

Masters: Those are some of the multiple lenses. It's a movie that he shot, at least the performances, for two sequels. He's written a couple more, so if it's successful, there will be a lot there.

But you're also going to see this as the kind of thing that supercharges in success the Disney machine. Not only are they selling Avatar cereal, there's an Avatar theme park attraction, and this kind of thing just is a jolt with a big movie and success that will drive Disney where it wants to go.

Belloni: That’s a big difference from when the first movie came out 13 years ago. It was released by Fox before Fox was owned by Disney, and they didn't have all that stuff. They had to do a licensing deal with the Disney parks to get the Avatar property into the theme parks, and now that's coming to pay dividends because Disney owns Fox. Now they have the “Avatar” sequels. And if these movies are successful, that is a decade's worth of flywheel success across the Disney empire.

What does this movie have to do to be considered a success?

Belloni: The big caveat is in success, and I'm curious what you think this movie has to do to be considered a success?

Masters: I don't know, because I couldn't possibly do that math. I think that number I've seen kicked around as it needs $2 billion at [the] box office to approach break even.

Belloni: I think that's fair, and that comports with what Cameron initially said, which is that it has to be in the top five box office of all time to break even, which is quite the bar for a movie like this, but that would be about $2 billion. If you get $500 million in the first weekend, that's a big running start.

How long will this movie play in theaters?

Belloni: The question is, “How long this movie will play?” because as you said, there's nothing really significant coming until February when there's an “Ant Man” sequel from Marvel. There's a couple movies here and there: “Puss in Boots,” “Babylon,” but there's nothing really huge tent poles for two months here, so we could have a long runway.

Masters: As Jim said in an interview that we will be airing [on The Business] in January, the original movie did most of its business overseas. That market is maybe not as robust as it had been before the pandemic but, he is counting on a big international number, and he has plenty of room to get there.