Harvey Weinstein’s trial is a few weeks away. Has Hollywood changed? 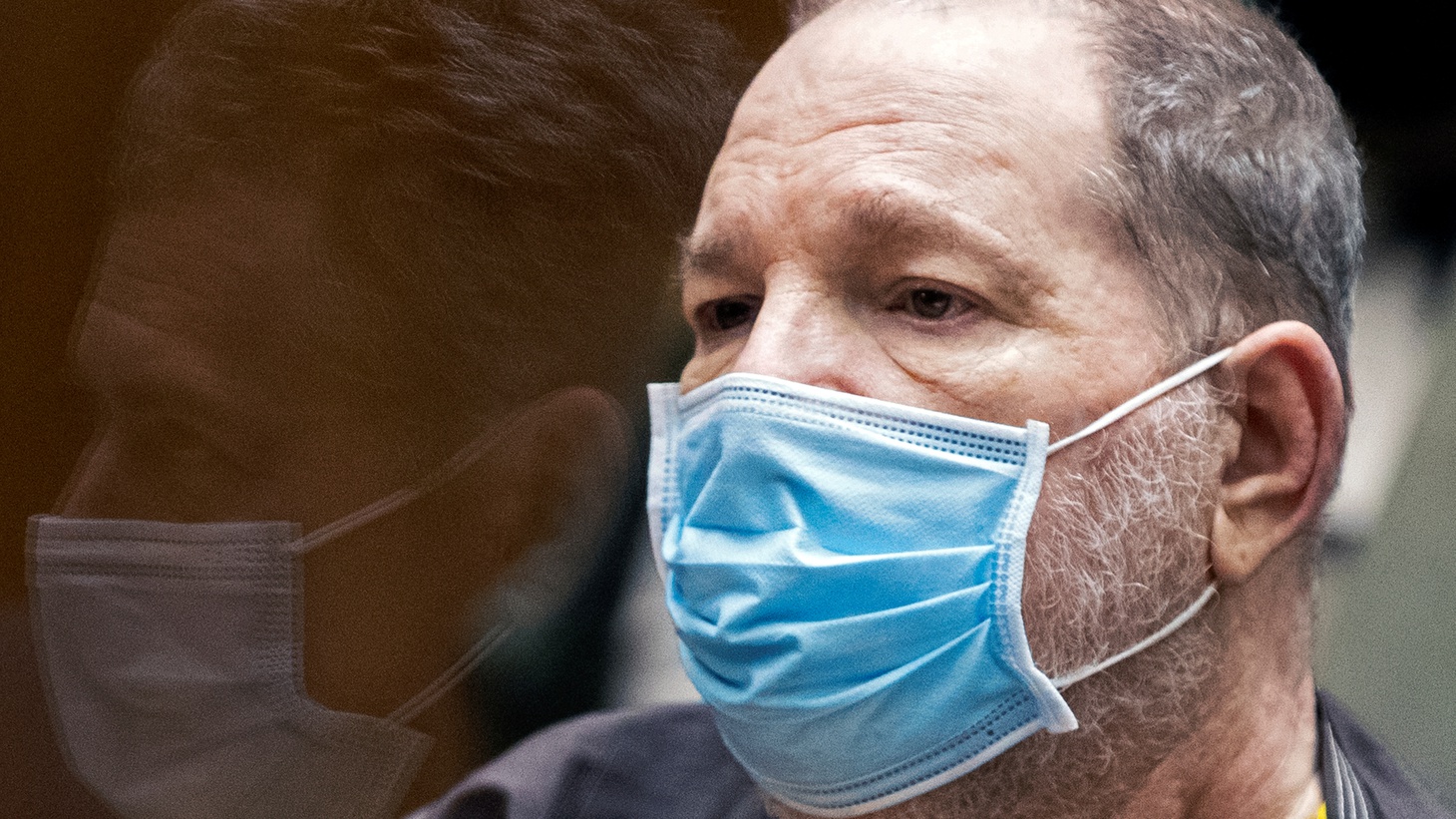 Harvey Weinstein, who was extradited from New York to Los Angeles to face sexual abuse charges, listens in court during a pre-trial hearing in Los Angeles, on July 29, 2021. Photo by Etienne Laurent/REUTERS.

Former Hollywood producer Harvey Weinstein’s trial is a few weeks away in Los Angeles, five years after sexual abuse allegations against him became public on a New York Times article. The scandal propelled the #MeToo movement in Hollywood and elsewhere. Kim Masters and Matt Belloni discuss whether the industry has changed.

The trial will happen

Kim: His lawyers tried to get the [trial] postponed because the movie “She Said” is coming out. [It is] based on the book by the New York Times reporters who were part of breaking that story five years ago.

This is going to be the five year anniversary, because that movie is coming out and they thought the negative publicity – for all the people who've never heard of Harvey Weinstein and don't know anything about him – might affect the fairness of this trial. But it does look like that trial will happen.

Taking stock of what happened

Kim: Five years [ago] you and I were both at the Hollywood Reporter. I still am, and the world changed for us personally [and] as reporters overnight when that story broke. It feels like a time to take a little stock about what happened then and where we are now.

Matt: Things changed. I remember my job as editor of The Hollywood Reporter, in the six months after that first story dropped in the New York Times, was to spend 50% of my time vetting claims that were coming forward. You were getting email after email, and calls, and we had a tip line that was set up, and it just [opened] the floodgates.

Even the stuff that wasn't Harvey-related, it just created this reckoning where, finally, people felt comfortable coming forward with these allegations of abuse that had been there in plain sight for many years, but people were just not willing to go on the record until that story happened.

Has the industry changed?

Kim: That inspired a lot of people to come forward. It was something that went on for me for years. Even now, I still get people approaching me. I sort of became a #MeToo reporter, and people often asked me if I think the industry has changed, and I think and hope to a degree.

Matt: There was that initial rush of the ones that were obvious. The people that people had always known about, and just didn't say anything. Those people were purged pretty quickly. And then there was the Les Moonves stuff, the very powerful head of CBS, who was taken down with some New Yorker stories. There were the people who had been abusive on sets for many years that were kind of exposed and purged from the industry.

It became a more nuanced question as the time went on [and] as to what behavior was acceptable and not acceptable. But in those first few months, it was all about, “This person is a monster, and now we can finally say so.”

Publishing allegations is a heavy lift

Kim: For us to get to a place where we could publish these allegations was, and is, a heavy lift. This has to be vetted to the degree that we have to really believe that we have the story nailed. That is what's so hard about getting to the Harvey story.

Matt: And we tried. We have all the names of the women, and this was a year before the New York Times and Ronan Farrow. It wasn't as if we weren't trying to do this.

Matt: It was just that watershed moment of the women banding together and saying, “No, we are going to go on the record and say this publicly.” That was the changing point.

Kim: Also [Weinstein] had become much diminished. He was no longer a guy who just could almost say, “You have a really good shot and an Oscar if you're in my movie.” His company was in trouble. There was a leak from within the company that was critical to documenting that there was a problem that helps pry that door open.

So yes, he was no longer “the Harvey Weinstein” and the story became gettable.  For one, I'm truly grateful that it did.