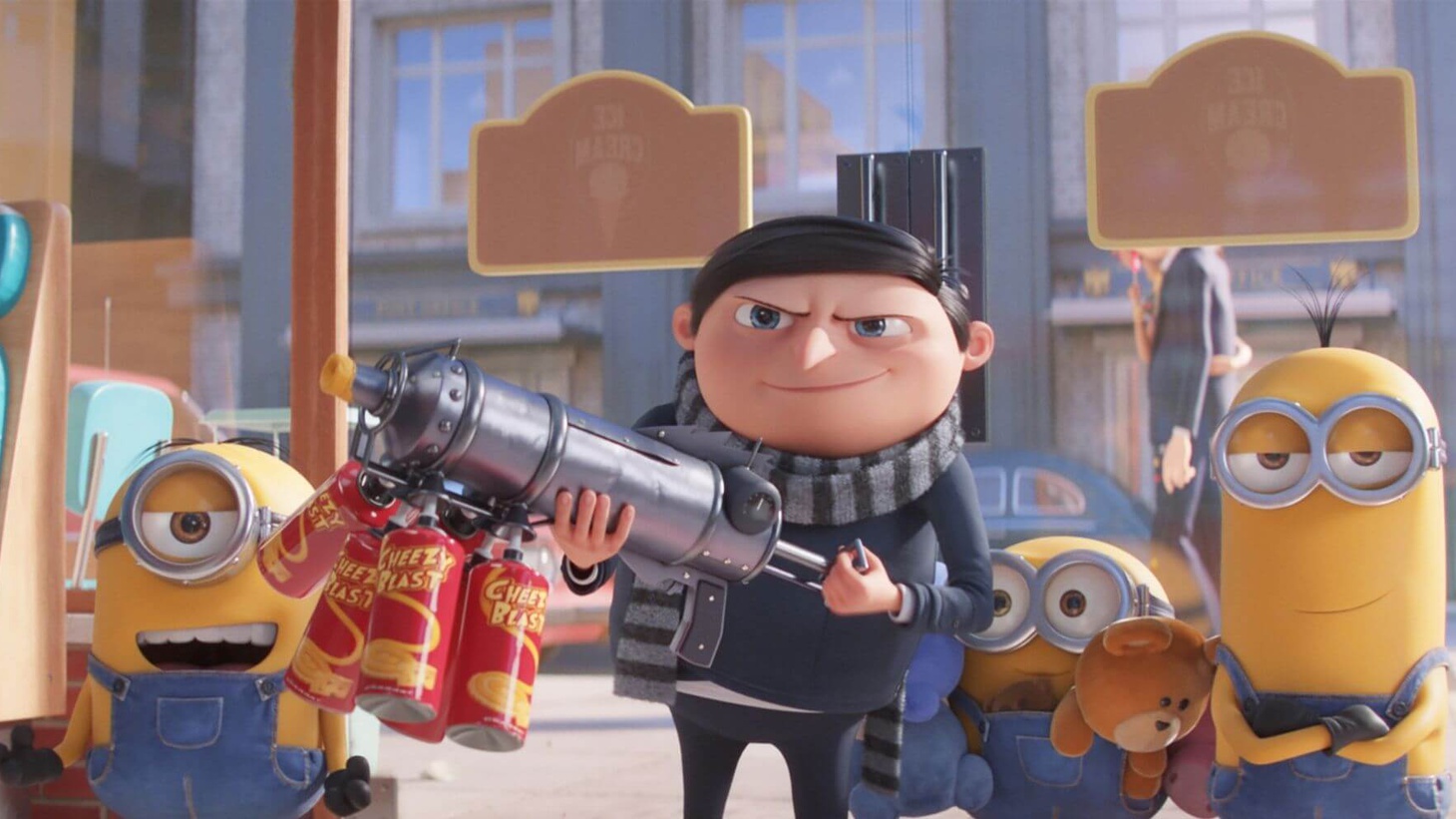 “Minions: The Rise of Gru” opened with $125 million at the box office. Photo courtesy of Universal Pictures.

Kim: Nobody quite knows how to analyze this but “Minions: The Rise of Gru” opened to a staggering $125 million. This was augmented by a viral phenomena of teenagers deciding that they were going to dress up and go to the theaters.

Matt: It turns out that a TikTok meme of teenagers deciding that they were all going to dress up – the boys in suits and the girls as minions – they ended up overrunning theaters and pushing this movie into record territory. It's kind of amazing.

Kim: I guess it got a bit rowdy in some places. … I wondered when I saw that online if any of that was real? Or was it another element to the viral marketing of the thing?

Matt: I think it's real, especially in the U.K., there were some instances of people getting rowdy … and there's a moment where there's a song and some of the kids were getting up and doing a kind of mosh pit-style dancing.

“Lightyear” bombs, “Thor” up next

Matt: [Because of “Minions”] now we see that for the right movie, people will show up. It was more of a problem of the “Lightyear” movie itself, and the marketing.

Kim: Now Disney has "Thor" that will be rolling into theaters. I'm wondering if the “Minions” will hurt that movie, or the other way around. And, these movies are critic-proof. But I do wonder if there's a certain amount of Marvel fatigue setting in because I'm hearing from people who are big fans saying that they are feeling that's not there.

Matt: I do think that because "Minions" has become this phenomenon among the audience that is primed to see Marvel movies, perhaps it will impact that. There have been questions about the quality of these Marvel movies and the fatigue setting in so “Thor: Love and Thunder” is a big test.