Could Netflix’s new ‘Knives Out’ have done better in theaters? 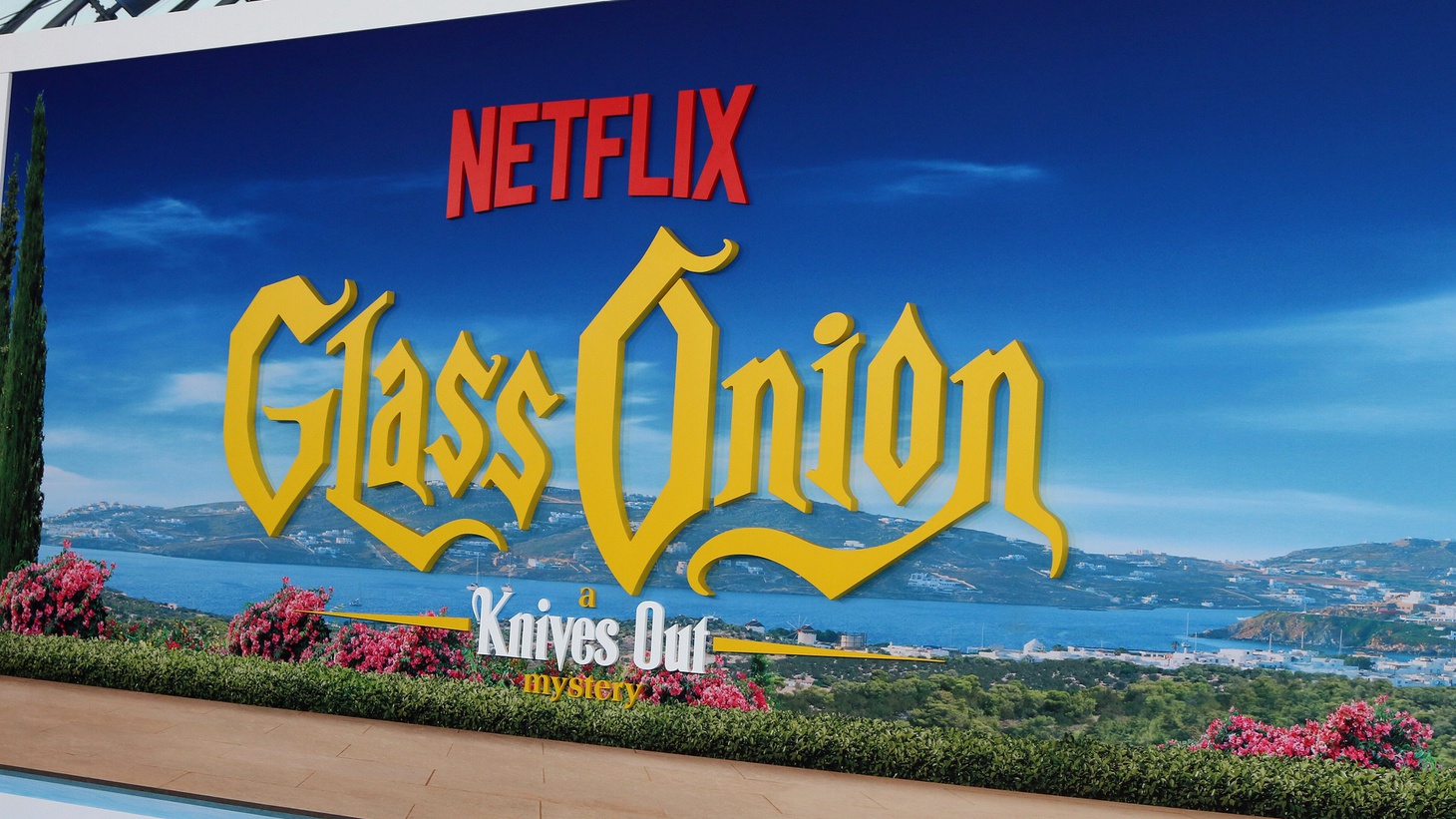 “You've got all these other filmmakers around Hollywood, who are doing movies for Netflix, looking at what they did for Rian Johnson saying, “Well, wait a second, where's my week-long release in 600 theaters?” says Matt Belloni, founding partner of Puck News. A "Glass Onion - A Knives Out Mystery" sign posted at the Motion Picture Academy Museum Los Angeles, on November 14, 2022. Photo by Nicky Nelson/REUTERS.

After paying north of $450 million for the “Knives Out” sequels, Netflix debuts “Glass Onion: A Knives Out Mystery,” into some 600 theaters nationwide, for only one week, making about $15 million. Theatrical has not been Netflix’s model, which maintains streaming as its core business. Kim Masters and Matt Belloni look at how this deal has made “everyone in Hollywood angry,” and whether the film could have done better if it stayed longer in theaters.

Netflix did something they haven't done before

Kim Masters: [Netflix] paid a lot of money for this “Knives Out” sequel “Glass Onion: A Knives Out Mystery.” They did make this deal with 600 theaters, which is more than they've ever done by far. They let it play for a week, during which, though they didn't report official numbers, [appeared] to make a lot of money.

This is the first time that they've had that kind of deal with big theater chains because Netflix is all about, “We are [a] streaming company and our movies are on streaming.” And that's that, more or less.

I know many people in Hollywood, including some of them who have high level jobs at Netflix, were hoping that they would let it play longer and rake in that sweet cash. But Netflix did not do that.

Netflix managed to make everyone in Hollywood angry

Belloni: And they accomplished a fairly unique thing here: they managed to make everyone in Hollywood angry, because they put it in theaters – [you] would think theaters would be very grateful for a Netflix movie – but the theaters saw the per screen average on this movie, and it was extremely high. So all the theaters could talk about was the money that was left on the table here.

Then, for the streaming side of it, Reed Hastings, not a fan of this kind of strategy, did this to appease the filmmaker, Rian Johnson, who wanted it. [Hastings] said at this conference this past week, “We are not trying to build a theatrical business. We are trying to break through the noise,” implying that they could use this as a marketing stunt to gin up interest in the streaming debut, which is a month later. But that didn't go over that great.

And you've got all these other filmmakers around Hollywood, who are doing movies for Netflix, looking at what they did for Rian Johnson saying, “Well, wait a second, where's my week-long release in 600 theaters?” So that's caused another problem for them.

What did Netflix get out of this?

Belloni: I just don't know what Netflix really got out of this, because they made $15 million or so in theaters for one week, but they made a lot of people angry. And we don't know whether this is going to be additive or not additive when the movie debuts on streaming.

Masters: Which won't be until December 23.

Masters: So, [the film] is out. It vanishes, and then it's going to come back. That is a frustrating thing. Maybe they will somehow attract more subscribers because it played in theaters and had a platform.

If he was really going to tell the truth, Rian Johnson – it's unseemly to complain when somebody gave you $465 million for two sequels – feels that [and hopes], just like I think Alfonso Corleone previously hoped and Martin Scorsese previously hoped – that Netflix would just say, “These are our rules,” and then bend them and say, “Well, for you, we're going to do this.”

But Netflix did yield somewhat? They didn't give that full or even half-full theatrical release. Hollywood is just kind of waiting: “Please admit you're wrong. Please admit that making money the old fashioned way is better.” But that's never been the Netflix model.

Belloni: No, and Netflix really doesn't subscribe to the whole, “We left money on the table” theory. They know what they're doing here.

How will this impact the film’s streaming debut?

Belloni: The issue is not leaving money on the table. The issue is all about how it impacts the streaming debut because that is their core business.

I would argue that a robust theatrical debut is in itself a huge marketing stunt. Imagine if the headlines coming out of Thanksgiving were, “Netflix has the number one movie, and it beat “Black Panther: Wakanda Forever,” those headlines would have turned this into a much bigger movie, I think.

Masters: Time will tell because we don't know how it will do, and streaming, I'm sure, will do well, but could it have done better?