Joshua Winer's mural depicts indigenous Massachusett women and men engaged in seasonal encampment activities during the pre-Colonial era. Photo by The Friends of the Boston Harborwalk. Artwork by Joshua Winer.

Land has been a central issue between Natives and non-Natives since the earliest days when European explorers first were greeted by the indigenous peoples of North America. Since then American settlers have robbed and exploited tribal lands, cared for and held sacred for generations by hundreds of American Indian tribes. As local communities continue to acknowledge that history and what lessons can be learned from Indigenous people in terms of agriculture or conservation? Have their views on land ownership been misunderstood and disrespected?

KCRW’s Jonathan Bastian talks with Mishuana Goeman, Professor of Gender Studies and American Indian Studies at UCLA and Special Advisor to the Chancellor on Native American and Indigenous Affairs.

KCRW: How do we think about land ownership or territories from the perspective of Indigenous cultures in the United States or from the tribe from which you descend?

Mishuana Goeman: “First I'll begin in indigenous protocols, which is to introduce myself as Mishuana Goeman Tonawanda, Band of Seneca, what people now know as Western New York, but I'm part of the Haudenosaunee Confederacy, which is the oldest democracy in the world and expands well into Canada and at one point went all the way down to Pennsylvania.  I speak to you today from Tonawanda, which is the land of Gabrielino Tongva and at UCLA, that's where I work and live and we acknowledge the Tongva daily there.”

Thank you for sharing that. And so how do we start the conversation about tribal lands?

Goeman: “We start with that recognition that I just did. But we need to acknowledge that there's a lot of misconceptions about Indians in land and a lot of my work focuses  around this. There's this common misconception that Indians didn't own land, is something that stems from our American political roots but not that of Indigenous peoples. We actually did have territories, we had marketplaces, we had meeting places, we shared pieces of land that were connected, we had hunting spots and fishing spots. And of course the ways that native people think about the land varies from tribe to tribe and there's over 574 recognized tribes in the United States, right now and there's many, many more unrecognized tribes, especially in California, where I'm speaking from. Because California came in late into the domestic space of the nation, it resulted in loss treaties and lost lands, so the California genocide was really intense in terms of the land grab that happened after California became part of the US in the 1850s.

So there's a particular way that different people think of different lands. In Los Angeles, for instance, the Tongva, organized themselves by various villages, because the land was rich with food and resources, etc. Where I am from we had larger, organized villages and that was because it took a lot of people to work the land and to gather and hunt and it was necessary to live together in larger communities. So in some ways, the land kind of defines how we interact as people with the land. There's a particular element that influences also where people live, or that can inform their aesthetics, it can inform the arts, it can inform their songs and informs their languages.

The tie between languages and land is really where you get this deep knowledge, what we call traditional ecological knowledge, of how we can live in reciprocity with the land and with a certain group of people. But again, it depends on where the tribe is located. Where I am from on the East Coast, we organize our communities by clans and those clans are passed down through the mother and those clans are deeply tied to the land in how they are named.”

“There's this common misconception that Indians didn't own land, is something that stems from our American political roots but not that of Indigenous peoples.”  — Mishuana Goeman

Can you talk about the notion of land as being sacred and what that means for certain tribes?

Goeman: “I think of the work that was done in the 1970s, around the environmental movement, or even today, there's a kind of nostalgic approach that can happen between Indians and land. That all Indians think all land is sacred and that's kind of a romanticization in many ways. It was a lot of work to learn how to live off the land that the creator gave you. There was a lot of scientific knowledge that was passed down from generation to generation, in order to learn how to farm particular plots of land.

There's a great seed sovereignty movement now, that is maintaining some of those traditions and these seed sovereignty projects will save us all in terms of climate change because native people understand the changing climate over a longer duration of time. It's relatively recently that western forms of science have even seen all forms of land and water as connected, whereas for many native people it was the very philosophy of understanding how land operates.

So, yes, we have sacred spaces but I think all land is sacred and all lands should be lived with in reciprocity. There's no divisions, and that's where we're some people particularly in federal Indian law, where things get parsed out, it's not like you can put a border around a sacred space, and it won't be affected. Air connects us all for instance, the wind connects us all, water in the aquifers are connected in these large living ecosystems. This is knowledge that is embedded often in how native people conceive of farming or conceive of living in their particular spaces. You can see it in the artwork, you can see it in all kinds of practices organized around land and water as an interconnected space.” 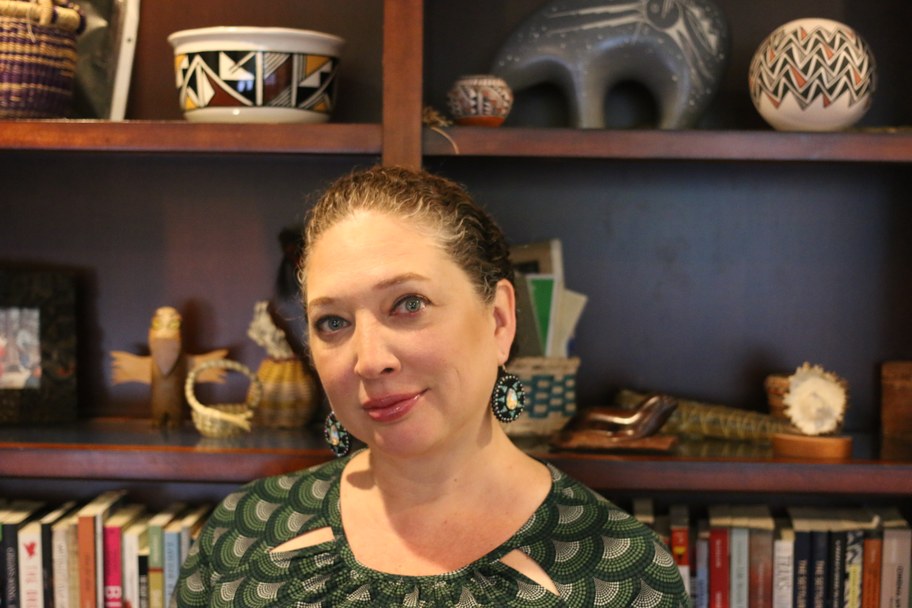 The role of land and landownership in shaping our history

Is it time to rethink the way we manage and own land?

The hunger to own land has shaped human history. The early Britons, who marked their boundaries with rocks were a far cry from the imperial explorers and mapmakers who laid...

Land has been a central issue between Natives and non-Natives since the earliest days when European explorers first were greeted by the indigenous peoples of North America.