In a year of grief and stress, one writer discovers that her pen is her most valuable tool Convent Mesa, aka The Convent near Moab and Castle Valley, Utah. Annotations for The Rectory and Castleton Tower. Photo by Ron Clausen (Wikicommons).

Activist, conservationist and acclaimed author Terry Tempest Williams says that she could only make sense of this past year by returning to her gift: putting words to the page. She’s been writing through the pandemic, and looking for beauty where there often is none to be found. In her quest to use language and stories to alleviate a broken heart, she believes that a grief shared is a grief endured.

For the last year, she has hunkered down amongst the natural beauty of the red desert mountains in Castle Valley, Utah, a landscape she describes as both eroding and evolving. There's no shortage of issues close to her heart. The land, climate, and conservation are important to her, and so are her politics. These days, bigger questions are on her mind: How to honor the gift of slowness and time? When we finally re-emerge into the world, who will we be?

KCRW’s Jonathan Bastian talks with Terry Tempest Williams about her work and mission as a writer, and how this year has been a voyage of rebirth and rediscovery.

KCRW: The word “erosion” is a powerful one, and it's one that frames your last major book, which was a series of essays. You call that book a “howl,” which I love. It speaks to the intensity of the language and the ideas in it. Can you tell me a little bit more about that?

Terry Tempest Williams: “I never assume that we all share the same politics, especially living in Utah. But the last four or five years have been rough, with the former president and talk about an erosion of democracy, erosion of decency. It was a howl. I write, and I tried to figure out, what does this mean? It may not be about hope, but it's knowing where hope dwells. And for me, hope always dwells in open space. So this is a collection of essays that really look at public lands, open lands, wild lands, what's happened to them in the last few years, and what hope we might glean from history.”

How have you felt in the past six months? Have you felt a shift in you, a hopefulness? Where has your mind taken you?

“I think we've been present. ‘Hope’ isn't a word I usually use in my vocabulary. I'm more comfortable with ‘faith.’ Coming out of a Mormon tradition, I'll never forget, as a young girl, 12, my great grandmother said to me, ‘Terry, faith without works is dead.’ And that, to me, seems more powerful than hope. Hope feels like it's attached to our desires and expectations. Whereas faith demands an engagement.

I was reading ‘Dictionary of the Undoing’ by John Freeman. And I looked at his definition of hope, and that was a hope I could embrace. He talks about hope being a forcefield. And I have felt, certainly in the last few months, and since the election, that there is a forcefield of action. And I think, particularly in this pandemic … it has brought all of us home to our knees with a full span of emotion, from grief to gratitude. And the question I'm thinking about now is: How will we emerge? And who will we emerge as?”

“A pause that is now a place” — what do you mean by that?

“I remember I was teaching at the Harvard Divinity School, and I went to a dinner party, there were six of us. The woman who hosted it was on the front lines of research of COVID, and was working at Mass. General. And she walked in, and there was a bottle of hand sanitizer on each of our place settings. And she said, ‘I've called you here because here's what I want you to know.’ And she outlined exactly what happened.

On Monday, I went and said to my students, ‘I'm not reactionary, I think this will be our last class. Let's revise our syllabus and be open to what comes.’ And that's what we did. Harvard announced on Tuesday that they were closing. I took a Zoom class. And on Wednesday morning at 4:30 a.m., I was on a plane to Salt Lake City, and got in my car that was at my father's house, and was home in 10 hours.

The shock, I think, that we all felt then on that Friday, having that be locked down, that felt like, okay, we're in a pause, we can get through this. But as it continued, and as the deaths rose, and there was no public mourning or grieving, and we saw what was happening on the streets ... and racial injustice all around us … now, this is not a pause. This is a place. And the only thing I know about place is that it demands that we be present. And we're here. And we're all learning deep truths by what we are experiencing.”

Writers have an incredible way of making sense of chaos, of putting words to it. And as you have found yourself burrowed into this place in the wondrous Utah landscape, how have you filled the time? What ideas have come to you? How have you been using your pen?

“When I returned home to my husband, we've lived here 25 years in Castle Valley, the first thing on my mind was my brother. He had COVID. He works pipeline construction. He was very, very ill. And we welcomed him into this house. The doctor said it's low risk, but it's not no risk. We had to help him in from the car. He stayed in our extra bedroom, and he stayed with us for three months. And I watched him go from where he could not even walk, to when he left, he was walking nine miles a day with his dogs.

So for those first three months, the focus was really being together as a family, as our pod, so to speak. During that time, I was teaching a class called ‘Finding Beauty in the Broken World.’ And the way I use my pen ... was we had an opportunity, 14 students and myself, to create a coyote chaplaincy with the University of Utah Hospital, which is a satellite hospital for the intermountain West, Utah, Idaho, Wyoming, New Mexico.

And what we found was that they needed inspiration. They could not curate inspiration for themselves. These are the doctors, nurses, and workers on the frontlines at that hospital. And so we created a six-week curriculum of inspiration, poetry, short stories, essays, letters, letter writing, photo essays. … I said I'll commit to writing daily dispatches from the desert.

They started out maybe 300 words, they went to 500 words. And what I could never have imagined is I ended up writing an essay a day. And wrote 25 essays. I felt for the first time I was a writer, that I was doing real work, that as my brothers worked in the trenches with the shovel as their tool, my pen was. And I showed up every day. And I absolutely loved it, and so did the students. To me, each of us plays our part. Each of us is a tessera in this mosaic of this moment.”

Sometimes with art, we don't know where it's going to go or how it's going to land. But writing in a crisis seems to almost have a different magnitude.

“And it was, how can we be of use? What do we have to offer? I think writing can get very precious, where you think, ‘Oh, it has to be perfect, we have to find the exact word. How will it be greeted or not?’ And none of that mattered at all. What mattered was, ‘What story can I tell today that may elevate a broken heart?’ or ‘How can I meet someone who is grieving with my own grief?’ So that a grief shared is a grief endured.”

There's been this incredible slowing down, hasn't there, in this new place that we've all entered?

“I think that it scares me to think of my life before. It was a life of motion, and I kept thinking about Robert Pinsky when he said, ‘Motion can be a place to write.’ But I don't want to go back to that other life. And I'm figuring out how I can take this gift of slowness, patience, focus, and time when we reemerge in the world as we knew it, which I don't think will be recognizable anymore, because we are not the same, and we are not recognizable.

... Not only has there been a slowness that we have been forced to embrace, I also think that in the isolation, we have been allowed to use our imaginations to think differently and more broadly, both practically as well as poignantly. 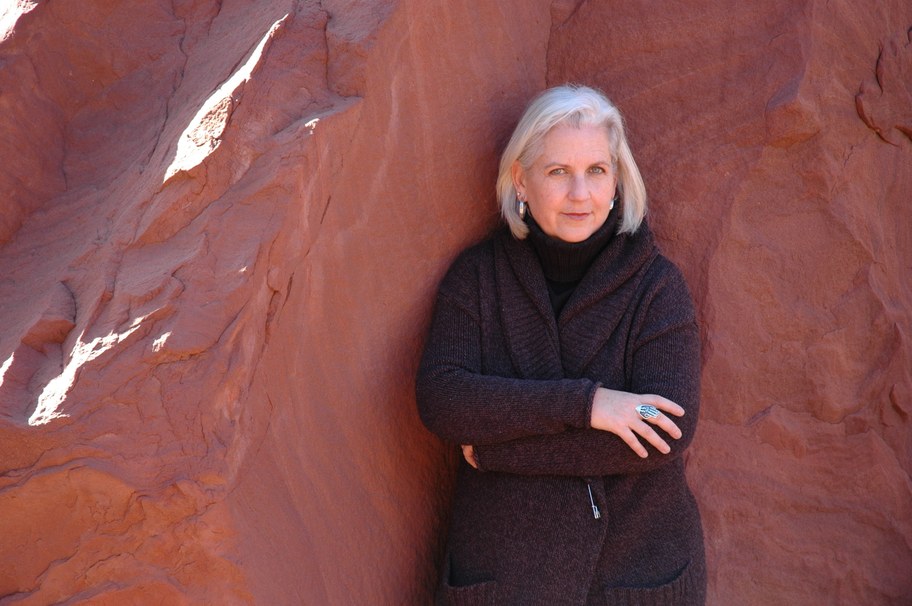