The long-awaited Academy Museum of Motion Pictures — with a giant, Renzo Piano-designed glass dome on the corner of Wilshire and Fairfax — is now welcoming the public, though you’ll need to reserve a ticket online to enter.

An earlier concept of the museum was a simple chronological approach to the history of Hollywood. That was scrapped under museum director and president Bill Kramer in favor of a more thematic approach to the industry. 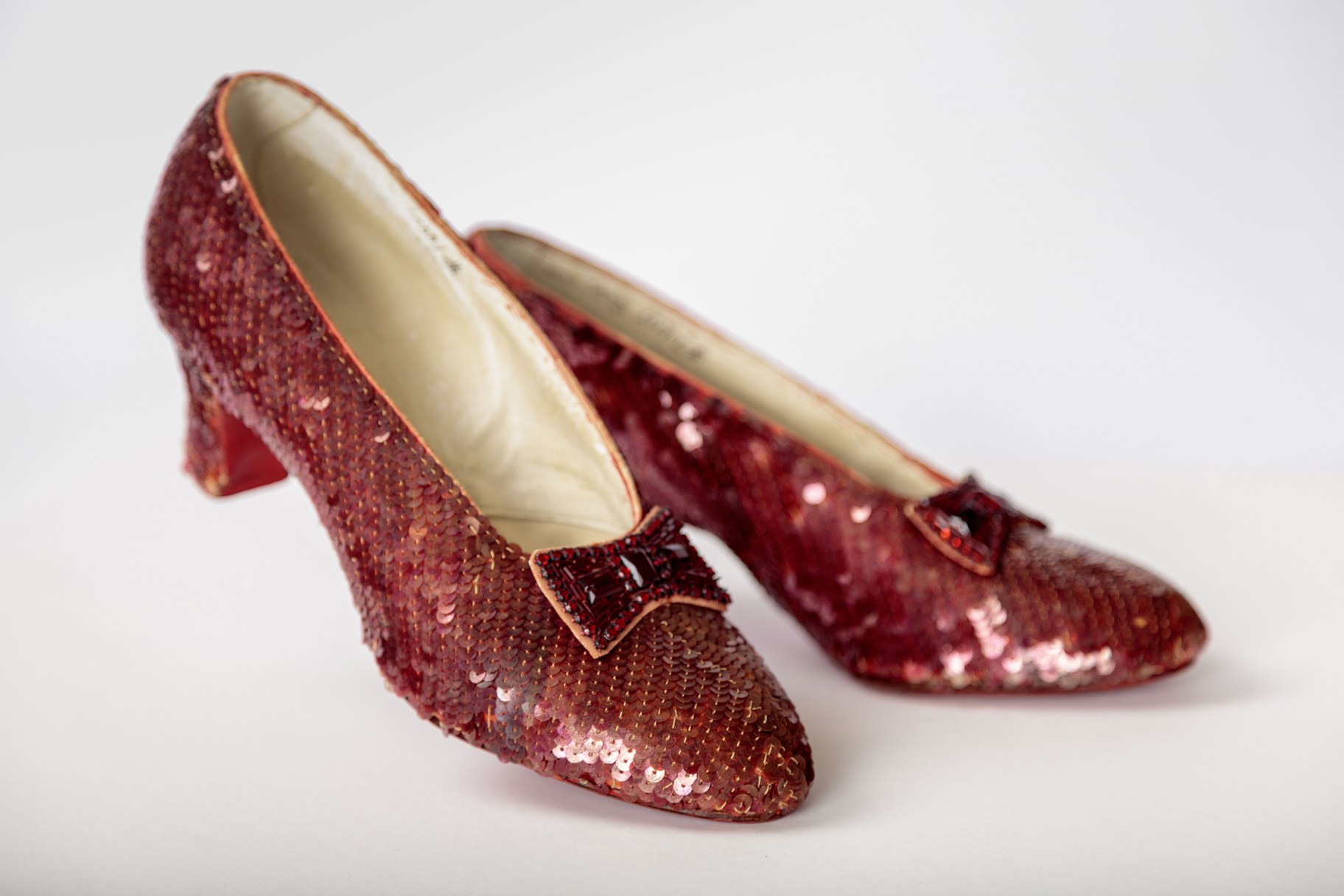 At the Academy Museum of Motion Pictures, visitors can view the pair of ruby slippers used for close-ups in 1939’s “The Wizard of Oz.” Photo by Joshua White, JWPictures/©Academy Museum Foundation.

Kramer says the idea for a movie museum in Los Angeles has been around for many, many years.

“When the Academy was founded in the late 1920s, they said, ‘Let’s build a film museum.’ So this has been going on for almost a century. And we’ve had a lot of twists and turns over the past decade plus.”

This iteration of the project, originally slated to open in 2017, ended up doubling its budget — the final cost was nearly $500 million. And Kramer wasn’t always the president. Initially he was in charge of raising money for the museum, then left for another position elsewhere. When he returned as president in October 2019, the plan was to open in December 2020, but that date got pushed because of the pandemic. 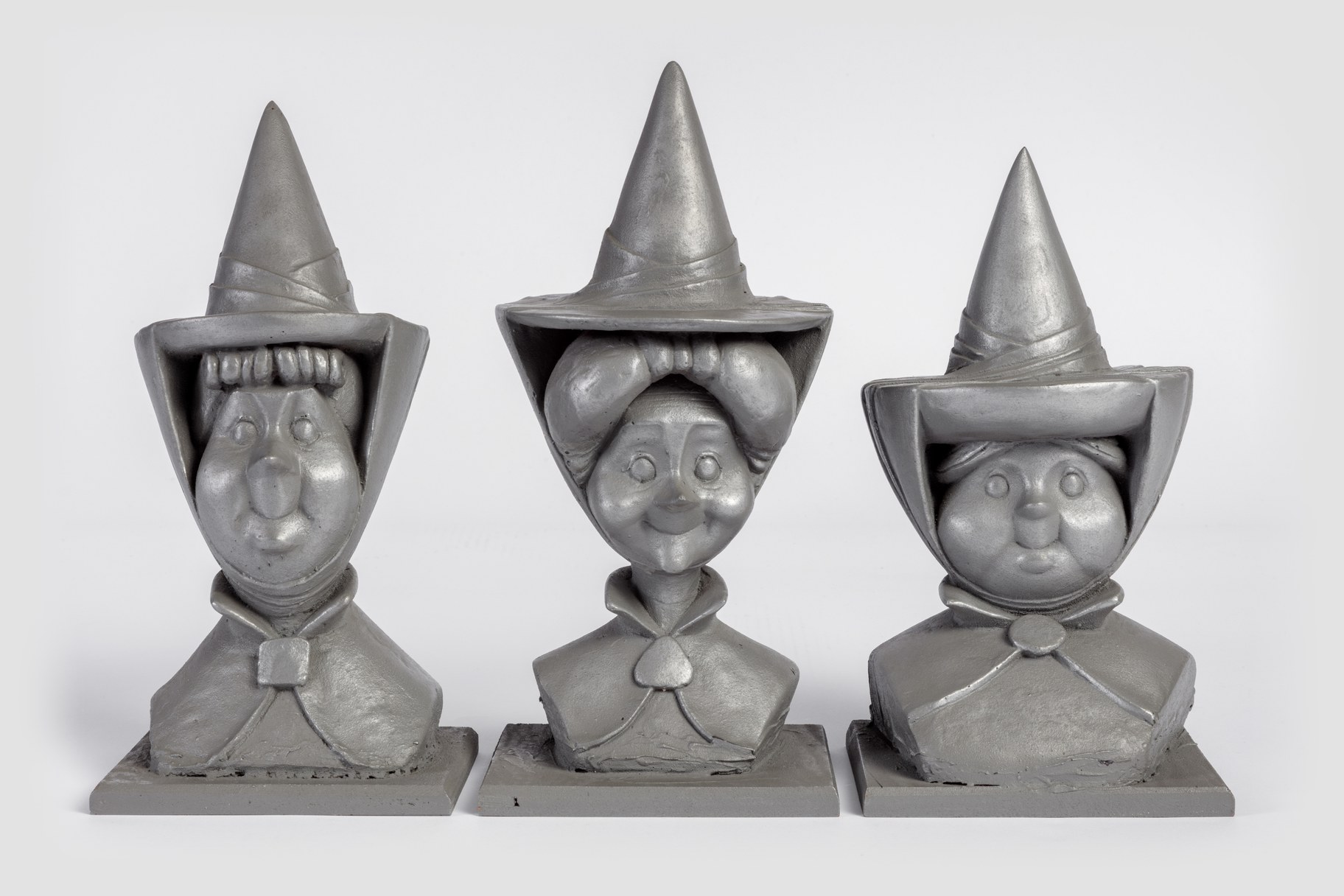 The museum celebrates the history and craft of movie making, but doesn’t shy away from the ugly side of Hollywood history.

In a gallery devoted to hair and makeup, there are different shades of pancake-style foundation labeled “Chinese,” “Black,” and “Tahaitian.” Kramer says the makeup was for white actors playing roles that should have gone to people of color.

“This was standard practice in the industry for a very long time. So this is a moment where we are celebrating the artistry of hair and makeup artists, but also talking about our past. We don't want to erase this. And this is a moment to have these conversations, hopefully in a healing way.”

KCRW also speaks to exhibitions curator Jenny He. One of her projects is an installation designed by the Spanish director Pedro Almodovar.

“Everything in there is Pedro.  From the 12 media installations that he's created, to the color on the walls and the posters on the wall, every element is Pedro.”

After such a long-awaited opening, He is ready for the public to enjoy the museum.

“I can't wait to really see visitors fully enjoy the connections that we put together,” He says. “In here, we want visitors to have the opportunity to connect and commune with movie magic, with their favorite moments from their favorite characters, and with the worlds that are created from the imaginations of filmmakers.”

For a long time, WME and CAA have been the number one and number two agencies in Hollywood. Recently, CAA acquired ICM, the number four agency in terms of size, which now...

“When the Academy was founded in the late 1920s, they said, ‘Let’s build a film museum.’ So this has been going on for almost a century. And we’ve had a lot of twists and...