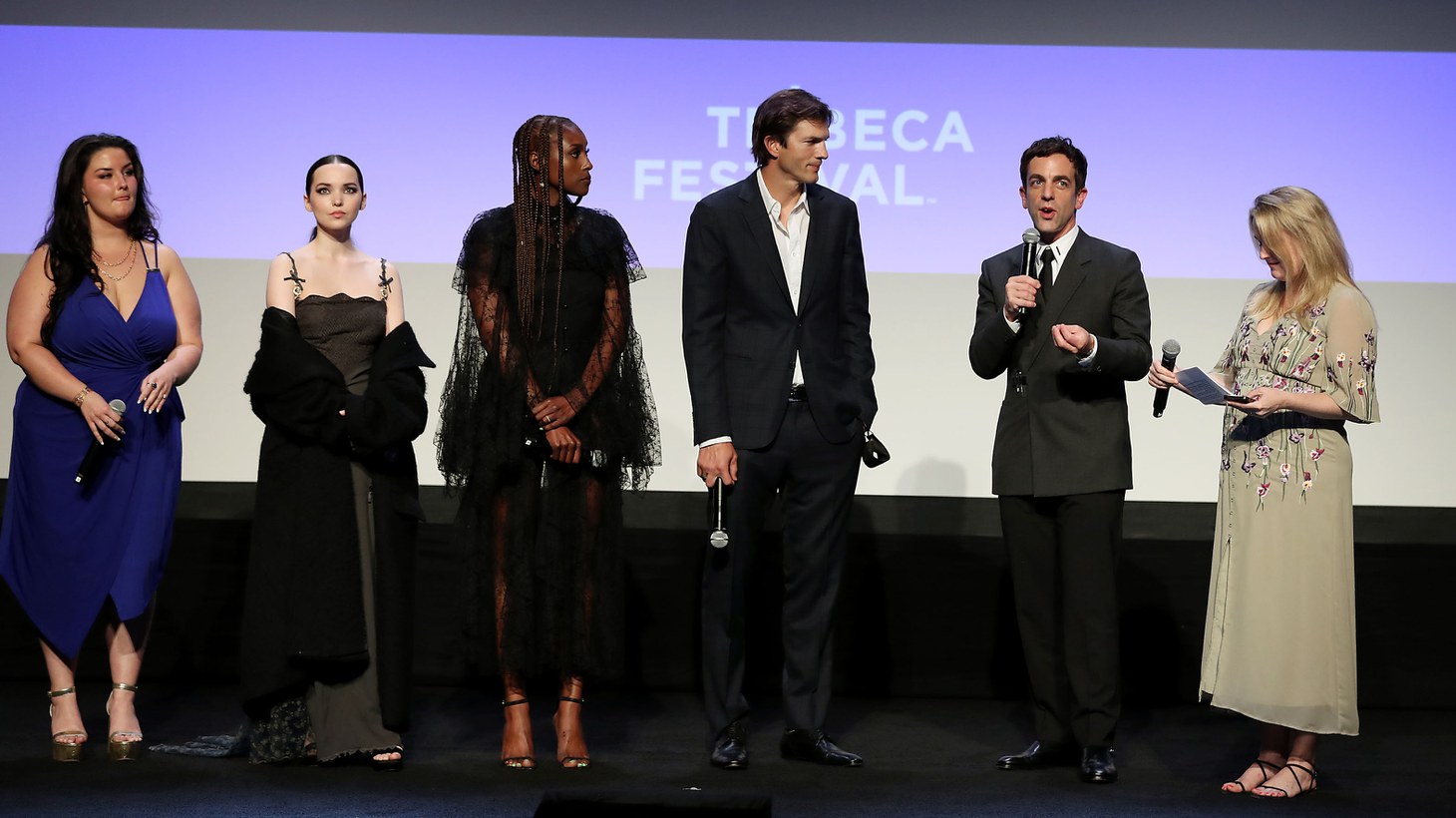 “To me, directing is the same as writing,” says B.J. Novak, director of “Vengeance.” From the left: Isabella Amara, Dove Cameron, Issa Rae, Ashton Kutcher, Novak, and Moderator Cara Cusumano at the “Vengeance” Premiere, at the Tribeca Festival in New York on June 12 2022. Photo by Marion Curtis/REUTERS.

B.J. Novak knows a thing or two about comedic writing. He spent a lot of time in the writers’ room and starred as Ryan Howard on NBC’s hit series “The Office.” Now, he’s taking his writing skills to the big screen, debuting as a director in the comedy-thriller, “Vengeance.”

“When you realize someone has a little regret in their eyes… you could be very careful with an actor and see how you could capture that in a shot,” he says. For him, it’s all the same, but “being able to learn how to write directorially is a very special and exciting opportunity.”

On this episode of The Business, Novak discusses “The Office” origins, his standup comedy career and first acting job on MTV, and how he teamed up with Blumhouse producer Jason Blum to write and direct “Vengeance.”

But first, Kim Masters and Matt Belloni banter about Netflix’s Q2 numbers. Netflix was projected to lose 2 million subscribers, but only lost nearly 1 million, which its CEO believes it’s “less bad” than feared. Is the streaming service really over the hump?

Netflix was projected to lose 2 million subscribers. They lost only nearly 1 million. Is the streaming service over the hump?

B.J. Novak started his career as a stand-up comedian. From those gigs, he got job offers to write for sitcoms, with his biggest break writing and acting on the NBC-hit “The...