Comic-Con and Hollywood: A Symbiotic Relationship In 1976 Star Wars was the first movie presented at Comic-Con. Now the four-day event, with about 125,000 attendees, is a huge marketing bonanza -- not just for comic-book movies, sci-fi, fantasy, horror and animation but practically any movie or TV show loosely connected to this fan base. We hear what the people at this year's Comic-Con think about Hollywood. Then Jeff Walker, long-time "genre consultant" to Hollywood studios. He  presented Blade Runner at Comic-Con in 1979 and ever since he's lived the geek dream, working for and with the studios on publicity campaigns for movies like all the Batman films, The Matrix trilogy, The Lord of the Rings trilogy, Inception and many, many others. 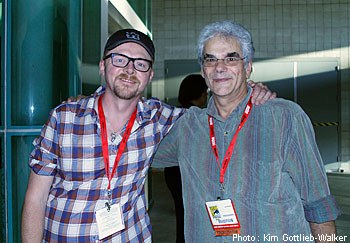 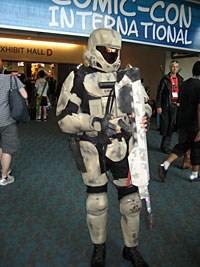 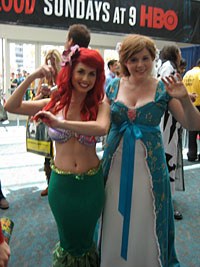 Fans at this year's Comic-Con

Comic-Con and Hollywood: A Symbiotic Relationship