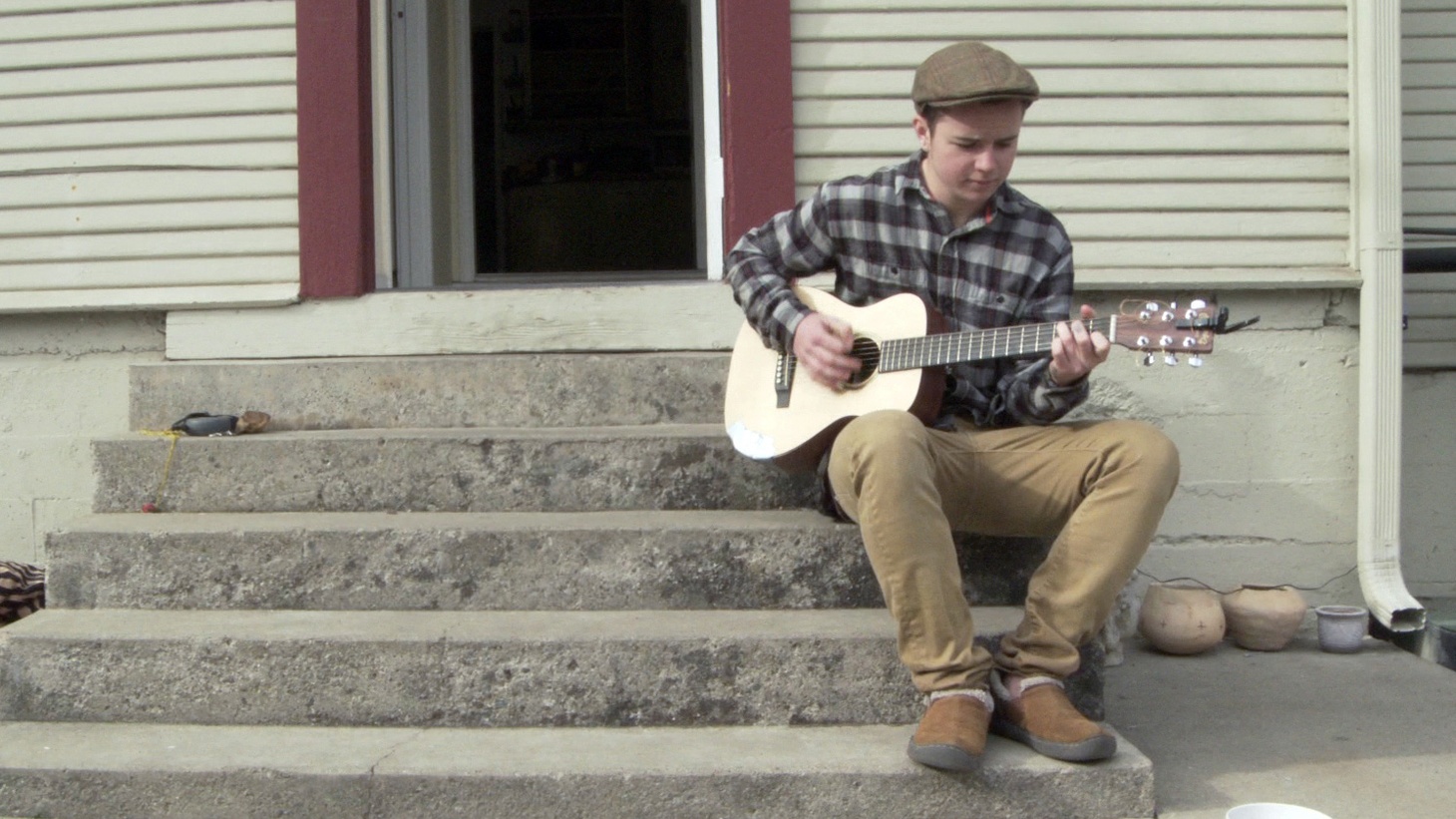 Shaleece Haas' film Real Boy follows young singer-songwriter Bennett Wallace through his journey from female to male. The change threatened to also change his future as a performer: "I knew I was ready to start my physical transition," he says, "but I didn't know if I was going to be able to sing."

Documentary clips in today's intro:
GLOW: The Story of the Gorgeous Ladies of Wrestling (2012)
Where did these badass women come from and how did they pull off those crazy wrestling moves?! You'll feel their post-match aches and pains in this doc that inspired the Netflix series. (Amazon, Netflix)
Outrage (2009)
Kirby Dick and Amy Ziering turn their cameras on a man outing closeted American policymakers who promote anti-gay legislation. (Amazon, iTunes)
Last Days in Vietnam (2014)
Impossible choices and courageous acts are at the center of Rory Kennedy's moving doc about the evacuation of America's South Vietnamese allies in the final days of the war. (Amazon, Netflix)
Aileen: Life and Death of a Serial Killer (2003)
The second of two docs by Nick Broomfield about Aileen Wuornos, the Florida woman executed for murdering six men. (Amazon, Netflix)