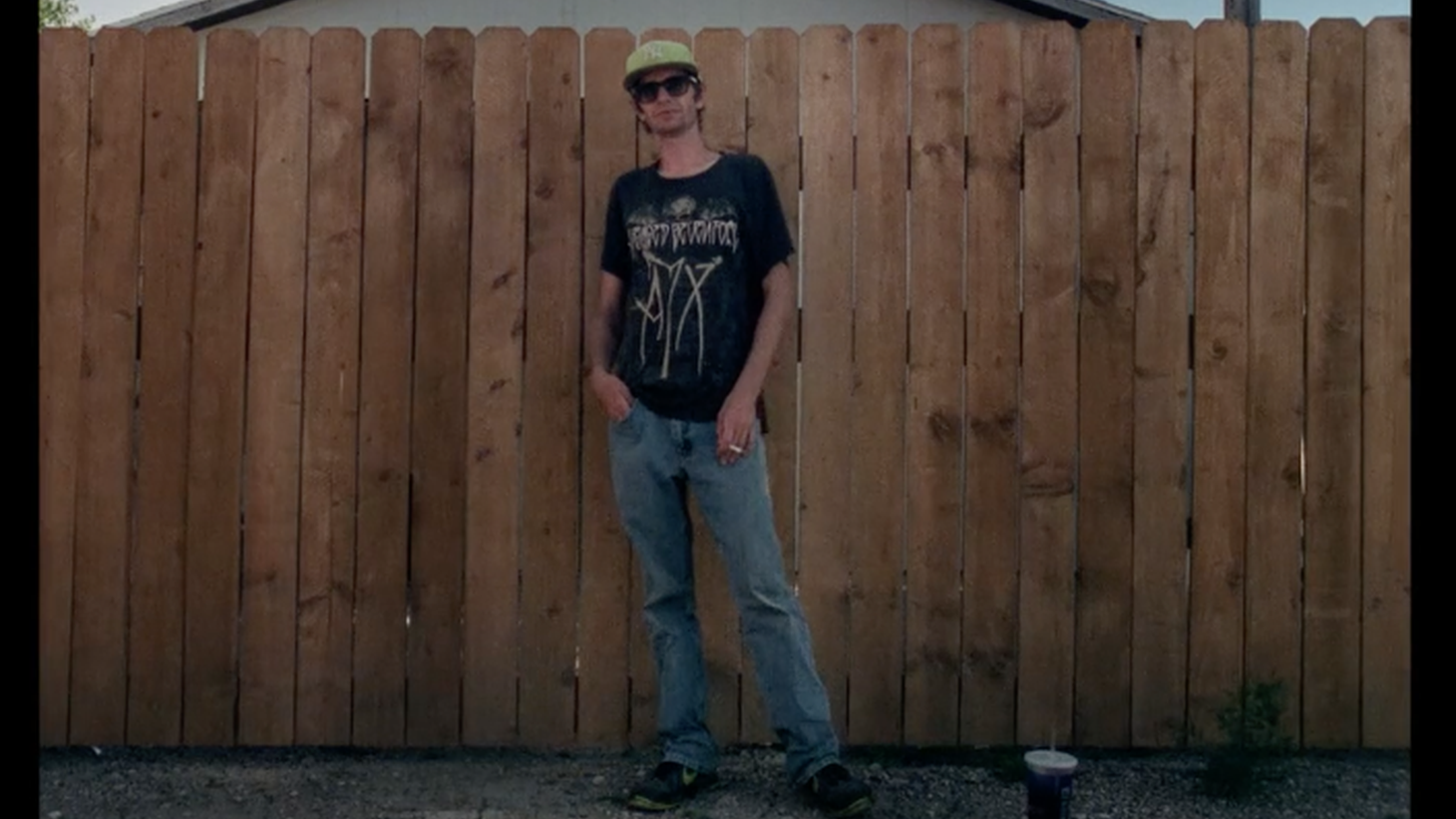 Growing up in Italy, photographer and filmmaker Stefano Galli’s ideas about America were informed by his love of movies and his dad’s tales of being an exchange student in Jacksonville, Illinois. After moving to the United States, Stefano set out on a cross-country road trip to see if he could capture his own version of America on film.

He didn’t have a real plan, just some general rules. He stuck to the small highways, going as far as a full tank of gas would get him each day. He asked the people he encountered to say whatever they wanted...or nothing at all; no matter what, the camera would roll for around three minutes, which was the amount of time contained on a cartridge for of the 16-millimeter camera he’d brought with him on the road. Two cross country trips later, “Lamerica” is an elegant, refreshing patchwork of landscapes and people, and a compelling portrait of an America that can only be found where the rubber meets the road. 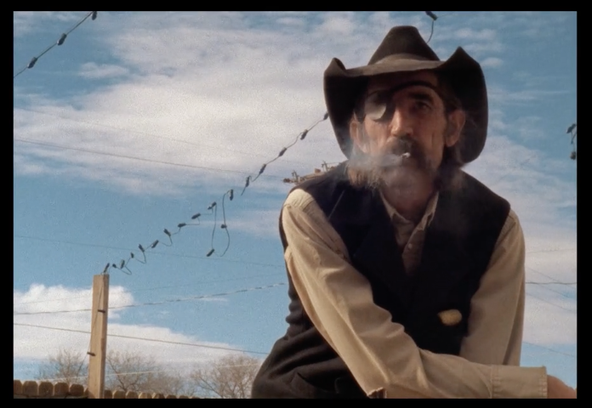 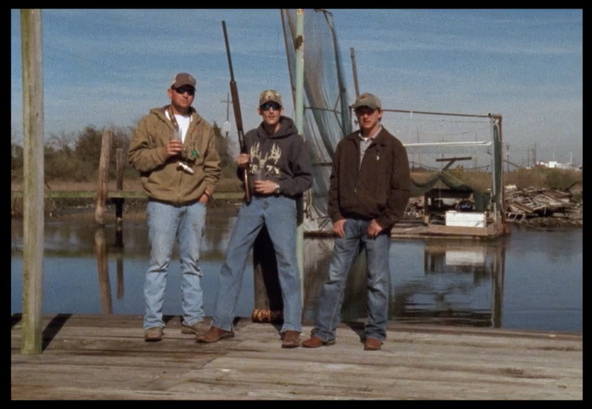 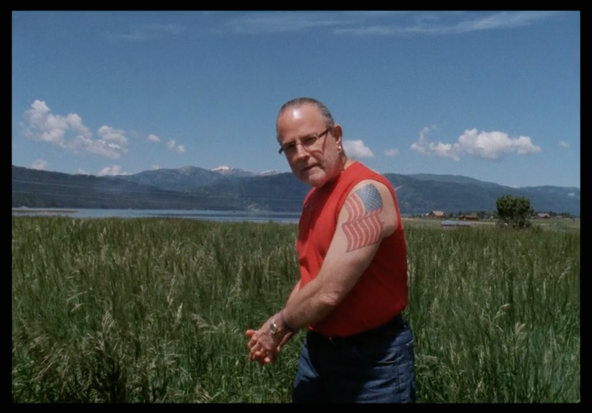 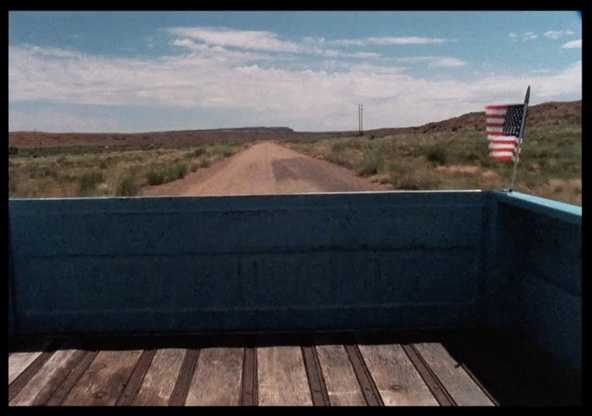 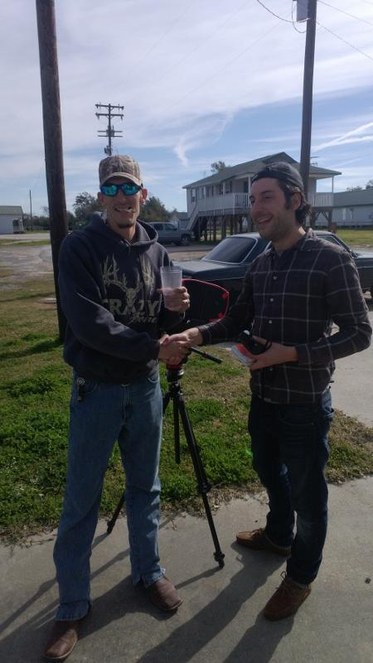 Stefano shakes hands with the Louisiana hunter who’d aimed his gun at him moments before.
Image courtesy of Stefano Galli. 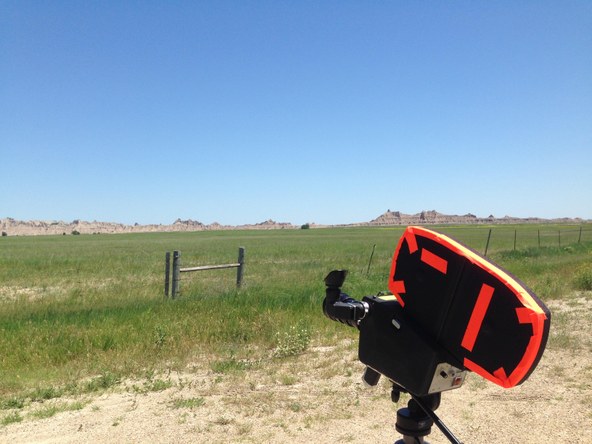 By the Badlands in South Dakota. Image by Stefano Galli. 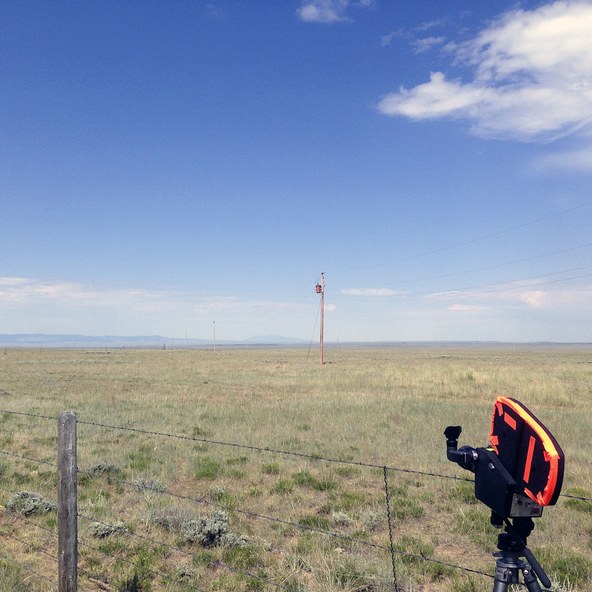 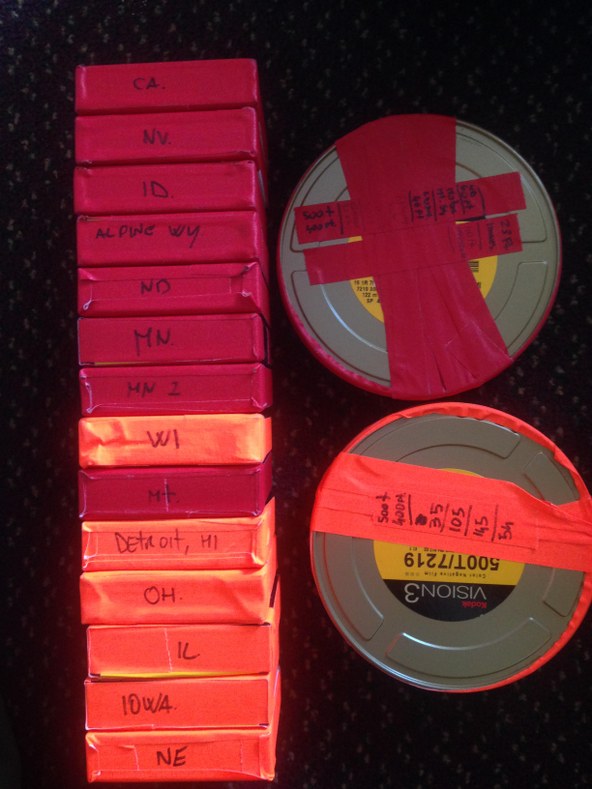