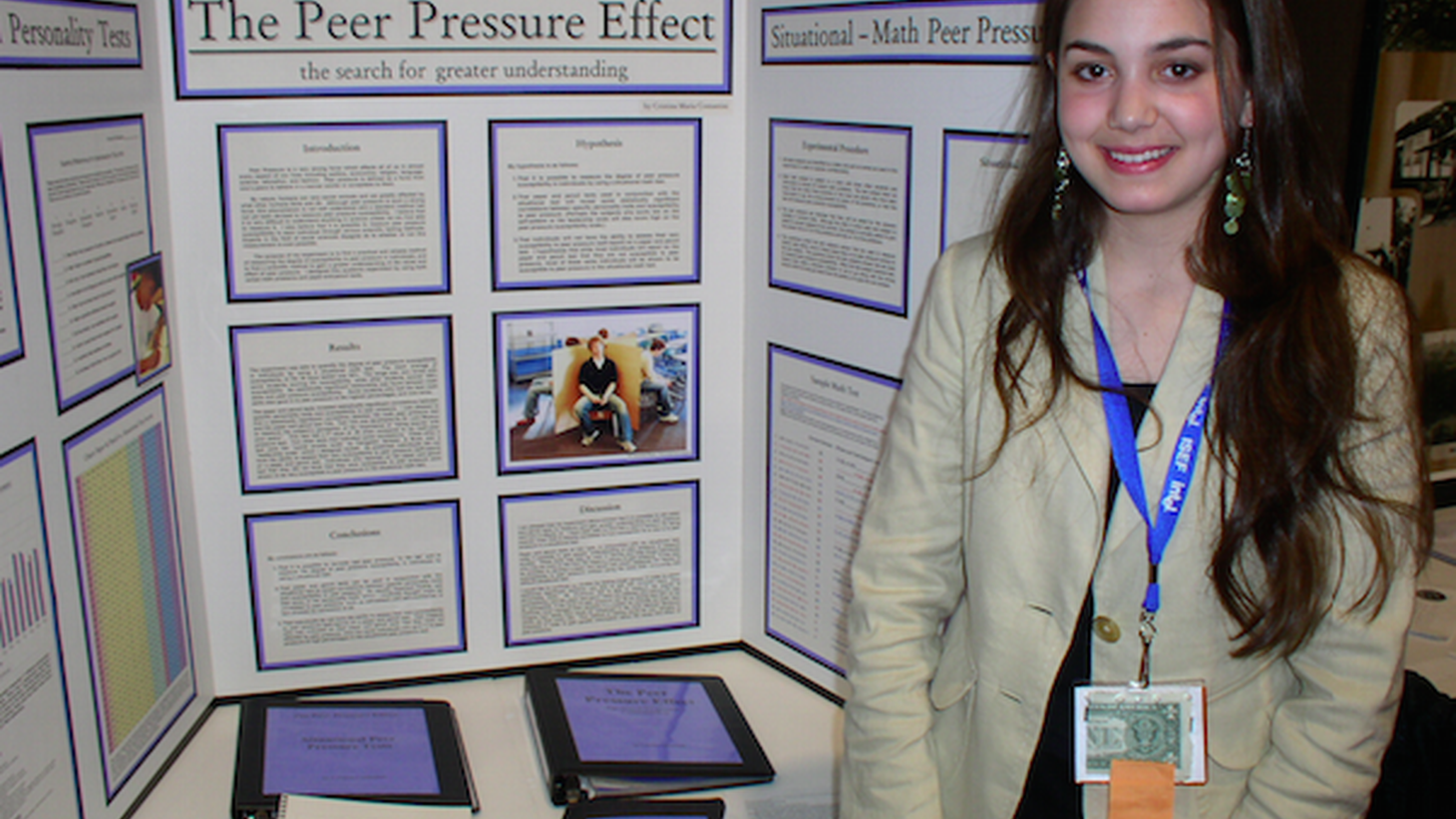 Every May, nearly 1,800 of the world's most brilliant high school student scientists converge at the Intel International Science and Engineering Fair (ISEF). They've labored for months to produce incredible, high-level scientific research, won state and regional science fairs to qualify, and come from 75 countries and every background imaginable. At ISEF, these students must present - and defend - their work to judges who are distinguished scientists in their fields. And while only a very few will come home with top honors, hundreds of these student researchers file for patents related to their projects each year.

Cristina Costantini went as a student and now she and Darren Foster capture the excitement, stress and passion of these exceptional teenagers as they go through this life-changing experience in “Science Fair”- which for some, is only the beginning of a lifelong scientific journey.

Documentary clips in today's intro:
High School (1968): Frederick Wiseman’s classic film documents an institution we must all endure - high school. In this case, a large urban public Philadelphia high school, in 1968.
Finding Vivian Maier (2013): The story of thousands of amazing photographic negatives and the intensely private woman who made them. (Amazon, iTunes, Netflix)
The Decline of Western Civilization (1981): A hot mix of blood, sweat and spit - and of course, punk rock - Penelope Spheeris’ first film is an incredible, up-close document of punk rock in LA. (Amazon, iTunes, Kanopy)
Gilbert (2017): A funny, surprising and touching portrait of comedian Gilbert Gottfried. (Amazon, iTunes)