The Hands of Persons Unknown 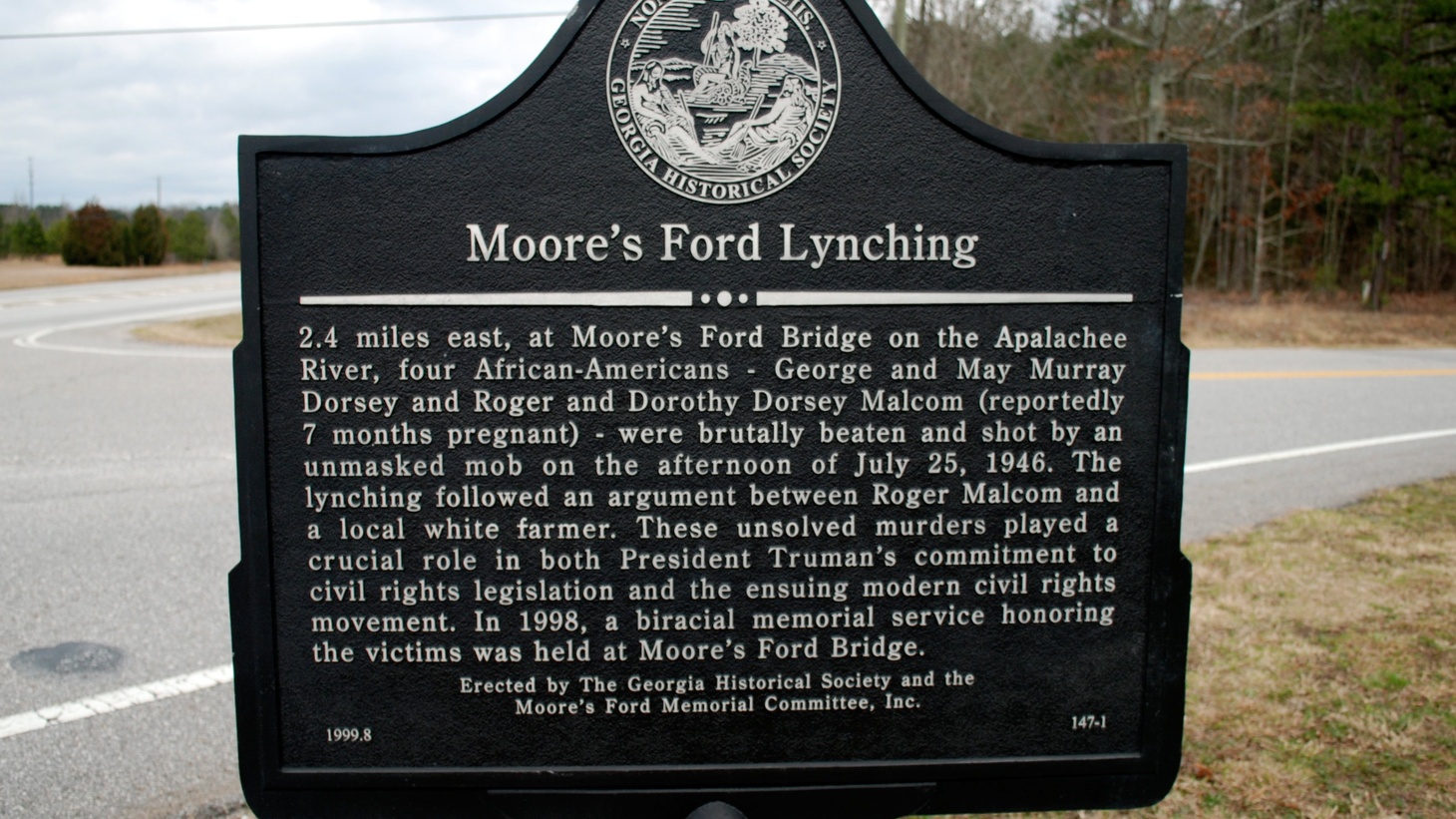 Jacqueline Olive's documentary-in-progress Always in Season looks at the impact of lynching in America -- and the ways people are confronting its legacy. In one story, a group commemorates the lynching of four young black people in Georgia in 1946 -- by reenacting it.

More:
"Lynching in America" report from the Equal Justice Initiative
"A lynching in Georgia: the living memorial to America’s history of racist violence" from the Guardian

Documentary clips in today's intro:
After Tiller (2013): A gut-wrenching portrait of late-term abortion and health workers who continue to provide the service after the murder of their friend and colleague. (Amazon, iTunes)
In the Realms of the Unreal (2004):  A magical, animated journey into the incredible secret art, writing and life of Henry Darger. (YouTube)
Bill Cunningham New York (2010): Octogenarian photographer Bill Cunningham was beloved by New York Times readers and fashionistas everywhere - watch this film and you'll fall in love with him, too. (Amazon, iTunes)
Who Killed Vincent Chin? (1987): Christine Choy and Renee Tajima-Pena's Oscar-nominated doc explores the brutal, racially motivated murder of a young Chinese-American in Detroit.