his edition of the TV podcast from KCRW's The Business asks the questions: Is the new Netflix deal with Marvel a good bet, and why aren't these shows going to ABC or Hulu? Also, as we record TV shows to watch later, will the TV ecosystem -- that is, how ad dollars pay for those shows -- have to change? Finally,  what's up with Reality TV?

Ever pushing the model of TV, the streaming service Netflix has signed on to make four new series with Marvel based on less-known characters.

You're Watching more TV than ever but why aren't you counted?

TV networks only get paid for 3 days of DVR playback on shows now. But there's evidence that many series grow their audiences exponentially over 7 days or more. Will the networks convince advertisers to pay for that? And do we-- as audience members-- owe it to the TV business to watch those ads so there's money to make our favorite shows?

What's up with Reality TV

Reality TV used to be "alternative programming" because it was different. Now the genre is in trouble in part because there's a glut of shows fighting to cast the same characters and in part because the pressure to create "crack TV" inhibits innovation. What's next?

End of Show "Downloads," where AJ, Joe, and Michael download a story they're following this month:

■ AJ:  In the Netflix v. HBO race who will win the long game?

■ Joe: Hoorah for ABC comedies-- too bad not many people are watching.

■ Michael: TV News-- namely 60 Minutes and NBC -- have had black-eyes lately. Does anyone care? 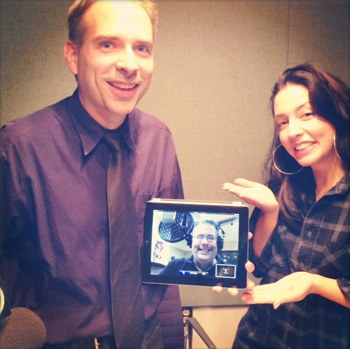