'All These People Moving In, New Buildings, New Apartments' Southern California was built on the sale of sunlit homes in affordable real estate developments. But the many building booms of the past century haven't been enough. In just the past 15 years, Los Angeles has added 230,000 new residents, but only 40,000 new homes. The median cost of a home in L.A. has doubled in the last five years. Rent climbs ever upward.That's led to a building boom that is utterly transforming Los Angeles. Suburban sprawl now covers all the land within reasonable commuting distance of the job centers, so L.A. is growing up instead of out. Cranes tower over skyscrapers in neighborhoods of single-story family homes. Small stucco houses in middle-class neighborhoods are priced over $1 million and once-neglected neighborhoods are quickly gentrifying.Meet Cesar Vega, whose bungalow in Hollywood is surrounded on three sides by enormous new apartment buildings. As Los Angeles becomes denser and more urban, Cesar feels like a stranger in his hometown. “I don’t see myself in a lot of the things that are happening,” he says. Most of the new apartments will rent for market rate -- these days, that’s $2,500 for a two-bedroom apartment. If there’s a housing shortage in L.A. and lots of new housing is being built, shouldn’t prices be dropping? Why aren't they? 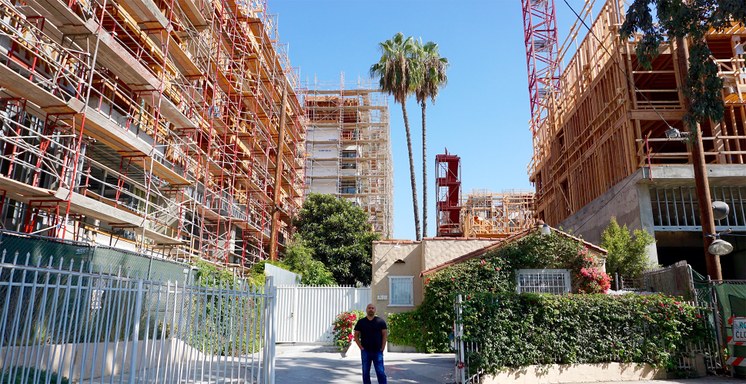 Cesar Vega owns this small Hollywood home as cranes rise around him. "A lot of the people I grew up with aren’t here anymore, let alone the buildings that everyone used to live in and the homes that they use to live which have been bulldozed." –Cesar Vega. Photo credit: Saul Gonzalez 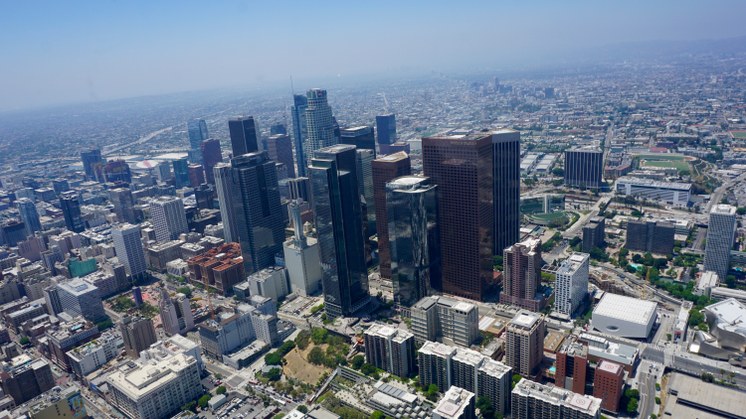