'They Want My House' Once you know what to look for, they're everywhere. In mostly Latino and black neighborhoods, rows of aging houses with wrought-iron fences, their yards overgrown and concrete crumbling, are punctuated by homes with distinctive 2017 aesthetics. The fresh earth-toned paint job, burnished silver house numbers, horizontal fencing, drought-tolerant native grasses in the yard: it's a flipped house and it's probably selling for hundreds of thousands more than the others on the block.

In some of LA's poorest neighborhoods more than 20 percent of all home sales are flips -- houses bought by investors within the past year and then sold for a profit. Sellers say high prices reflect the future of the neighborhoods. Does saying it make it true?

In LA's West Adams neighborhood, long-time residents are divided about the investment. "We want those raised property values!" one homeowner says. But for renters, the flipped houses are the harbingers of future rent increases that might drive them out. Longtime resident Eva Aubrey wonders, "The young ones behind me -- where are they going to go?" 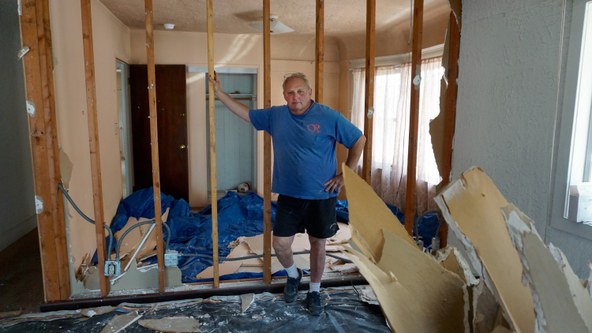 Peter Schulberg does demo work on a craftsman home he's flipping in LA's Jefferson
Park neighborhood. Peter bought the property for $578,000 and thinks he can sell
it after renovations for $850,000. Photo: Saul Gonzalez 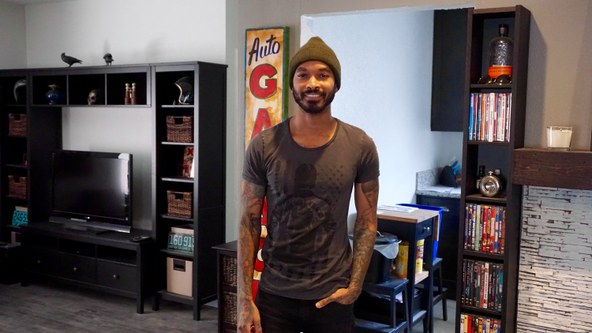 James Blackmon in a flipped South Los Angeles house that he bought for $360,000. Photo: Saul Gonzalez