The Night in Question Twenty years ago, the prime minister of Israel was assassinated. The killer was a lone gunman, Israeli and Jewish, just like the prime minister. Lots of witnesses saw it happen; the assassin confessed immediately, that night, and has never recanted. But today, oddly, lots of people don’t believe it happened that way. And a question hangs over the country: did this act change the fate of the nation? 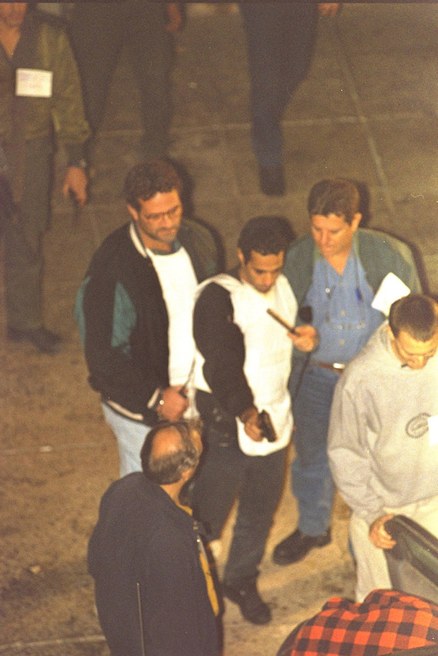 The assassin re-enacts, for police, the moment of shooting the Israeli prime minister.
Courtesy of Nati Harnik, the Israel Government Press Office.