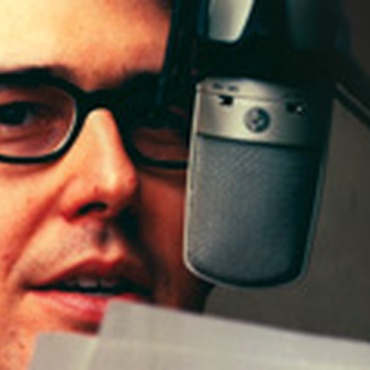 Ira Glass is the host and producer of Chicago Public Radio's This American Life. The program premiered in Chicago on November 17, 1995, and went into full national distribution in June of 1996. Public Radio International became the show's distributor in June of 1997 and quickly doubled the number of stations carrying it. It's now heard on over 470 public radio stations, with an estimated weekly audience over a million. The program has won the highest broadcasting honors: the Peabody and duPont-Columbia awards.

Glass began his career in public radio as an intern at National Public Radio's network headquarters in Washington in 1978. He was 19 years old. Since then, he has worked on nearly every NPR network news program and done virtually every production job in NPR's Washington headquarters. He has been a tape cutter, newscast writer, desk assistant, editor, and producer. He has filled in as host of Talk of the Nation and Weekend All Things Considered.

From 1989 until 1995, Glass was a reporter in National Public Radio's Chicago Bureau. For two years, he covered Chicago school reform for NPR's All Things Considered, with two unusual series of reports. The first followed Taft High School for an entire school year. The second followed Washington Irving Elementary for a year. School restructuring at Taft went poorly; at Irving it went well.

His education reporting began in 1990, when he spent two months at Chicago's Lincoln Park High School for a series about race relations in an urban school. He returned to Lincoln Park two years later to see which of the sophomores he followed so closely had graduated and which had dropped out.

In 1988, Glass was named as one of a handful of "Young Journalists of the Year" by the Livingston Foundation. In 1991, he and John Matisonn, NPR's South Africa correspondent, were awarded by the National Association of Black Journalists for their four-part series comparing race relations in South Africa with those in the United States.

During the 1992 residential campaign, he travelled with the Clinton campaign, and in January 1993, he anchored NPR's live broadcast of the Clinton inauguration.

From 1990 until 1995, he co-hosted a weekly, local program on Chicago Public Radio called The Wild Room, a show that defies easy description.

Glass graduated from Brown University in January 1982, with honors, in Semiotics. The late Joe Frank (Photo by Steve Laufer) Radio great Joe Frank has died. He had a long radio career, including decades at KCRW. Frank’s storytelling influenced many young radio… This week, stories about people trying their best to turn themselves into something else—like a badger. Even the best laid plans can go catastrophically wrong when humans get involved. Nearly 85 kids globally now have monkeypox, says the World Health Organization. There are concerns that the disease may spread as kids return to classes and are in close contact. To infinity and beyond with JPL’s new director