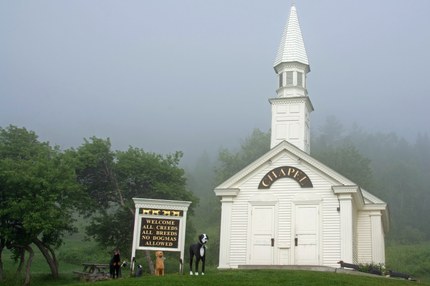 This is a love story between two artists, and a whole lot of dogs. It's also the story of what it means to follow a dream — and the difficulties that can bring. Artists Stephen and Gwen Huneck built their life's work on a mountain top in Vermont, a studio, chapel and doggie wonderland called Dog Mountain. Stephen Huneck was a renowned wood carver, his subjects were mostly dogs. He and Gwen made Dog Mountain a place where dogs were welcome anytime to run down hiking trails, alongside ponds, through wildflowers. They built a dog chapel next to their studio, a place for dog owners to memorialize their lost companions. This grand gesture of generosity and compassion from man to dog grew from tragic circumstances. Despite Stephen's success and his belief in a dog's power to heal, he suffered from serious depression.

You can find a beautiful site about Dog Mountain, created specifically for this documentary, featuring a 360 degree panoramic photo of the grounds here. 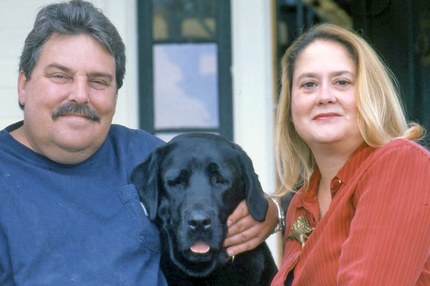 Dog Mountain: A Love Story was produced by Elizabeth Meister and Dan Collison for Long Haul Productions with funding from the National Endowment from the Arts and KCRW's Independent Producer Project.

Thanks to Josephine Foster for her music and to Benjamin and Katherine Almquist for their reading of Sally Goes to the Beach. And a special thanks to Jon Ide and his family, Darcie McCann, and all of the Dog Mountain Staff.

…and a shout out to Dan and Elizabeth's dogs - Fern and Dovekie. And don't forget their cats - Sedge, Reiki and Eyak.

And speaking of Dovekie….

A few years ago, Elizabeth Meister and Dan Collison appeared on NPR's All Things Considered and told the story of getting a new puppy, Dovekie. They couldn't figure out what kind of breed he was, definitely not the Golden Retriever/Labrador mix they were told he was. An exhaustive investigation ensued, which ended up with a DNA test. The results were very surprising.

This story aired on NPR in two parts. After the first part aired, listeners were invited to look at photos of Dovekie, and write in with their guesses for what the DNA test would reveal to be his breed or mix, many many people did. Now you can do the same thing! Look at the photos of Dovekie below, and see if you can guess what the heck he is. Then visit the Long Haul website and listen to part 2 of this story. 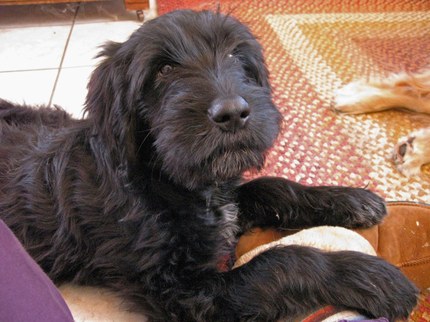 What is this dog?
Courtesy Long Haul Productions 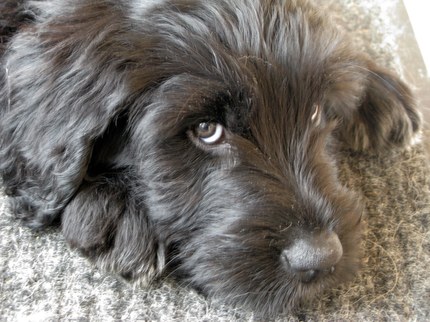 Vietnam War veteran Ron Kovic, author of “Born on the Fourth of July” and subject of Oliver Stone’s iconic Vietnam War film, will mark his 76 th birthday watching a war that portends the end of civilization Scheer Intelligence