A tin of Nivea cream, prayer beads, metal tobacco cases, lighters, combs, a voice on a scrap of audio, a shard of bone, a tooth.  Each of these objects represents a person, dead or missing, following the 1995 Srebrenica massacre.  In what's regarded as the worst genocidal atrocity in Europe since World War II, Serbs rounded up and executed 8000 Bosnian Muslim men and boys from the UN "Safe Zone" at Srebrenica, all in just a little over a week. Independent producer Anayansi Diaz-Cortes went to the area recently to see how the survivors are coping. In a laboratory the size of a warehouse she meets an international team of forensic scientists working to quantify absence and longing using DNA analysis. They recover and catalog the remains of the massacred and any personal objects found near them.  In a living room in Tuzla, she talks with Hajra Catic, the mother whose son's voice on that audio file is the only proof he ever existed; Hajra devotes her days to the cause of memory, acting as official spokeswoman for all the mothers of Srebrenica's dead and missing. Ghosts of Srebrenica is Anayansi's personal journey through a region where the lost are still as present those they left behind. 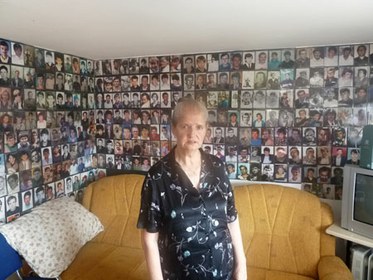 Harja Catic, leader of The Women of Srebrenica, a survivors advocacy group 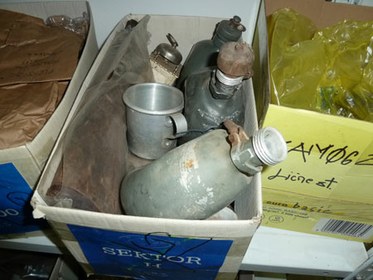 Metal canteens found at the mass grave sites;
part of an archive of personal objects cataloged and stored at
the International Commission on Missing Persons laboratory in Tuzla 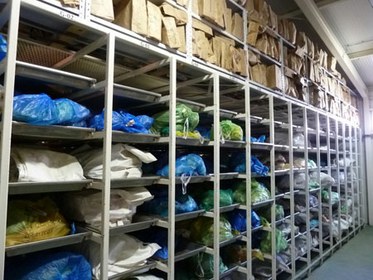 Remains of the dead recovered from the mass graves, now stored at the
International Commission on Missing Persons mortuary in Tuzla 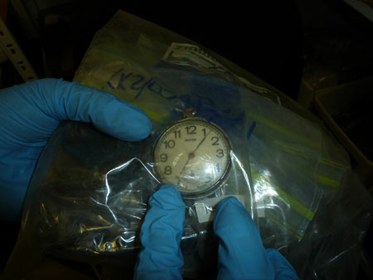 A watch, found at a mass grave site; personal effects, recovered with a body,
often help establish identity; from a huge archive of objects cataloged and stored
at the International Commission on Missing Persons laboratory in Tuzla

This episode of UnFictional was produced by Anayansi Diaz-Cortes, Eric Pearse Chavez and Jacob Conrad. It originally aired on March 23, 2012.

Banner image: Remains of the dead recovered from the mass graves, now stored at the International Commission on Missing Persons mortuary in Tuzla. This and all other photos by Igor Spaic