It's December, 1970, days before Christmas. 28 year-old Jerry Schilling is just embarking on a new career as an editor in TV. His previous occupation -- bodyguard, stand-in and best friend to Elvis Presley — goes back to when he was just a kid. Now Jerry's moving to part-time with the "Memphis Mafia" entourage. He's got himself a little apartment in Culver City and he's following his dream. In the middle of the night the phone rings. It's The King, asking for his help. Somehow that turns into a cross-country odyssey, ending with Elvis and Jerry in the Oval Office, face to face with President Richard Nixon.

Jerry Schilling is a the author of Me and a Guy Named Elvis: My Lifelong Friendship with Elvis Presley." 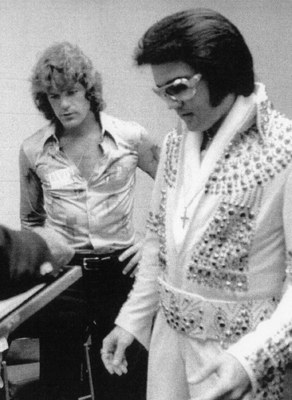 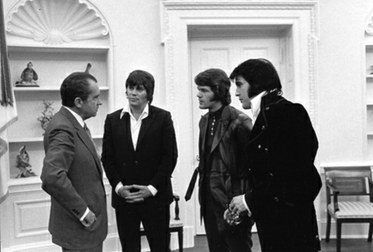 Shaz Bennett moved away from her Mormon family in Utah to live an artist's life in Los Angeles. Around the holidays, the pull of home just feels like a burden. Her big family fills the house--along with the memory of her mother who died two decades ago. So Shaz finds refuge on the salt flats, the place she learned to drive a car, navigating the mirages and sun bleached bones. It's on a visit to this vast sparkling, waveless ocean that Shaz comes upon a figure walking alone, dragging her wings through the salt.

Shaz Bennett is a writer, filmmaker and performance artist who lives in Los Angeles. 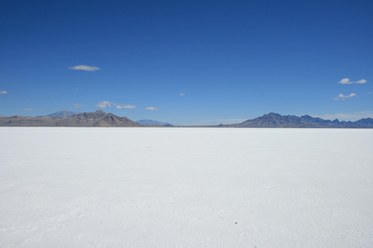 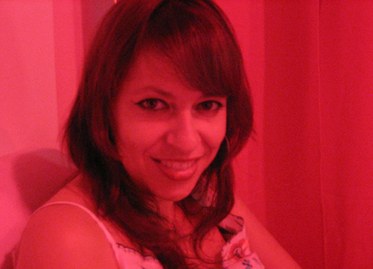 Banner image: President Nixon and Elvis, courtesy of the US National Archives