Me and the Holy See On this episode of UnFictional, two stories about challenging the authority of the Catholic church, in ways both tiny and seismic.

Teresa and Helene were two spirited girls who loved to terrorize their neighborhood with silly pranks. One day, on a lark, they decide to cover the local convent with toilet paper. The girls loved the nuns, and were sure everyone would get a big laugh out of it. The stunt quickly spirals out of control, and ends with one of the two girls learning a quick lesson about discipline and forgiveness.

Producer Julia Botero recorded and edited her mother telling this story from her childhood.


Then, Father Tony Flannery seems the very picture of an Irish County priest. That's until you learn that he's made a career of writing critically about the Catholic Church, on controversial topics like contraception, divorce, gay rights, and women in the priesthood, for starters.  His critics call him a hypocrite or a heretic... or worse. For awhile the church tried to ignore him, but Tony Flannery knows how to work the media and he kept turning up the volume, until one day he got a phone call -- the kind you just don’t want to get, whether a Catholic priest or a regional sales rep. It was the home office. The Vatican.

This story was produced by John Sepulvado, and edited by Jacob Conrad. 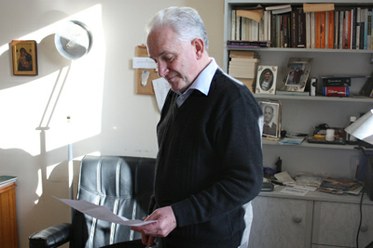 Tony Flannery reads a letter of support in his office 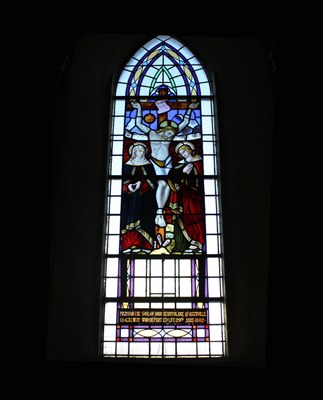 Stained glass inside the chapel at Esker Monastery

Banner image: The convent that Teresa and Helene covered in toilet paper.