First... there's a story that Joanna Solotaroff's mother, Claudia, once told her; a story so shocking that Joanna impulsively pushed her in the street when she heard it. (Mom was fine) The story goes like this... When Claudia was a young woman in disco-era Minneapolis, she met a guy in a Bee Gees suit who invited her to his house for dinner. What followed was one of the strangest encounters she ever had. The guy had creepier plans than just dinner, and unfortunately the plans involved the bizarre contents of his body-sized freezer. This story was painfully awkward and disturbing, but it was the very weirdness of it that lead to a turning point between Claudia and her daughter. If a mother can tell her daughter a story like this, she can tell her anything. 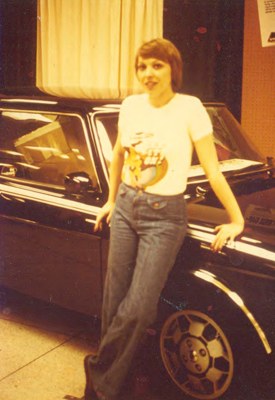 Joanna's mom during her wild years 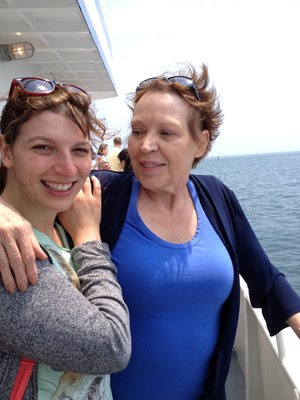 Joanna Solotaroff and her mother, Claudia

Joanna Solotaroff is a producer based in New York, who originally comes from Minneapolis, Minnesota.

Then... Margot Leitman grew up in a completely non-religious family. Still, Margot always coveted the ceremonies, rites of passage (and presents) that her religious friends enjoyed, while her mother worried about Margot's unsteady morals. One day, the two of them sneak out to church to see what they can learn, but the real lesson comes on their Thelma and Louise adventure on the way there. 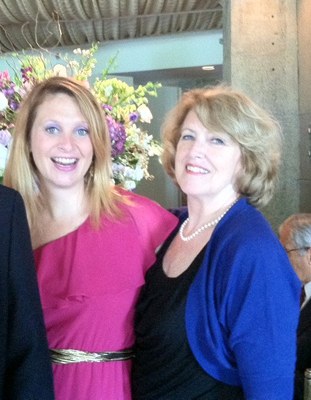 Margot and her mother

Margot Leitman is a writer/performer whose new book, Gawky:Tales of an Extra Long Awkward Phase, has just been released from Seal Press. She is a Moth Grandslam winner and a two-time game show winner.