Mat Fraser is an actor and performer born with phocomelia, (shortened and deformed arms and hands) after his mother was given thalidomide when she was pregnant. Before he started acting, he played drums in a series of punk bands, was nearly crushed by a bus during a street protest, and performed on stage, and in a side show in Coney Island. He knew that someday, someone would make a high budget production based in the world of freak shows, and when that happened he would be cast. His goal was achieved when he appeared as a performer in American Horror Story: Freak Show on the FX network.

Practices of Enfreakment was produced by Mike Martinez, Tyler Wray and Garrett Crowe. Music by PC Worship.
It was originally produced for their podcast, Everything Is Stories. It explores unconventional narratives of the past and present to preserve the eccentric, the authentic, and the personal.You can find them at EISRadio.org. 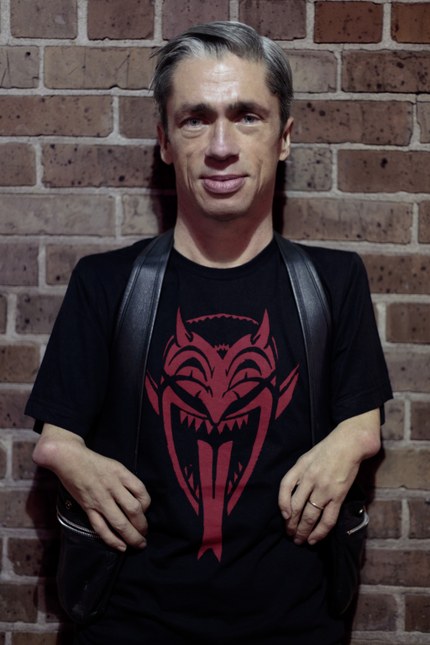