A girl gang goes on a violent rampage of sex, larceny and murder, all set to music in Derek Jarman’s British ‘70s punk film, “Jubilee.” Go behind the scenes of the film that documented the messy, chaotic birth of a movement and prophesied its demise: the selling-out of punk rock. 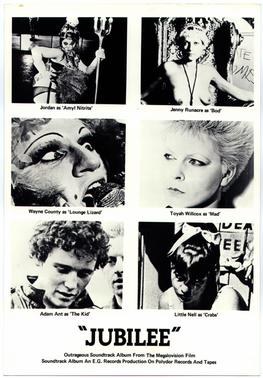