Warning: This episode is disturbing, and has one scene of unexpected and brutal domestic violence, as well as explicit language.

In the Begijnenstraat prison in Antwerp, Belgium, the prisoners produce a once-a-month radio program featuring interviews and music; poetry and true stories. “Mihai” – a pseudonym he chose himself – has a lifelong history of drugs and psychosis. He’s in a wing for prisoners who have been deemed by the state as too dangerous to be released. He tells the story of the fateful day that landed him in prison.

This episode is produced by Wederik De Backer, in association with Radio Begijnenstraat. Wederik (Brussels, 1988) is an award-winning Belgian radio maker, specializing in radio drama, satire and radio documentaries. He has produced documentary features and audio plays for the major radio broadcasters in Belgium, the US, the Netherlands and Germany. 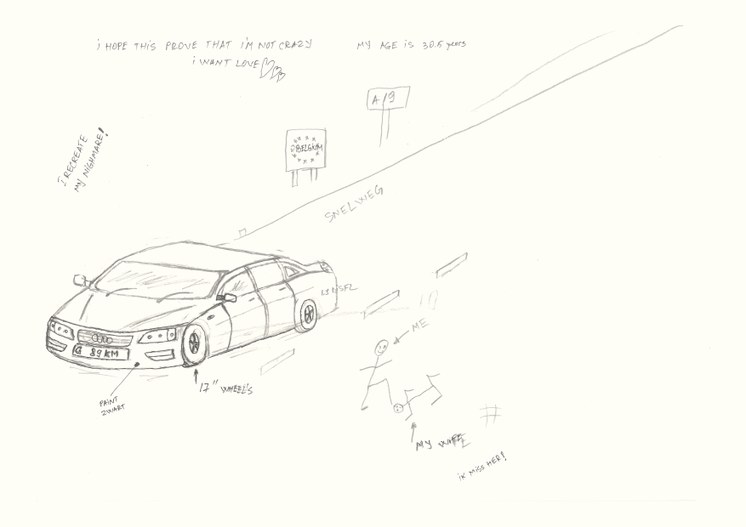 Mihai's drawing of the event. Courtesy of Wederick de Backer.