Amanda McDonough is a 22-year-old graduate of Cal Poly Pomona. All her life, she's had hearing problems. She wore hearing aids and hid the fact from everyone she knew. Mostly she got by. But then, last year, everything changed. Independent radio producer Brian Calvert spends some time with Amanda and her family.

Read the transcript for Amanda's story.

Also, producer Paolo Pietropaolo has struggled with tinnitus since 2004. Sometimes, noise is an ally, especially at night. It's made him think about what makes us call certain things noise, silence or music, and it’s led him to believe we're suffering from a sort of societal tinnitus. 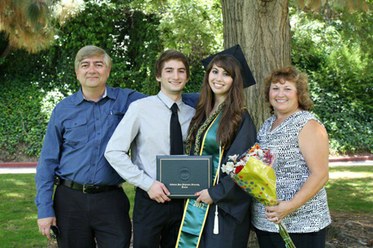 Amanda McDonough and her family