The Bones of a Damaged King This episode originally aired on October 18, 2013.

The story begins in 1485, when a legendary and ruthless warrior king is killed in battle. The remains are buried in a church tomb. The church is later demolished and the city moves on, new buildings and roads are built, over 400 years of time pass and the location of the king’s burial site is lost to history. This story is about one of the most famous figures both of history and literature, and the men who found him 400 years later. 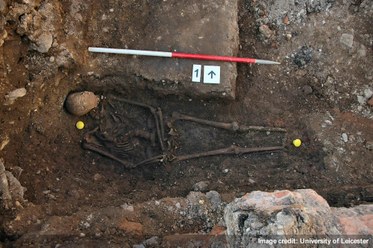 The remains of Richard III
Credit: University of Leicester
Independent audio producer Luke Eldridge talked to Richard Buckley and Mathew Morris who found the remains a little over a year ago. Luke lives in Market Harborough, UK and in 2012 he wonthe Short Doc competition of the Third Coast International Audio Festival. 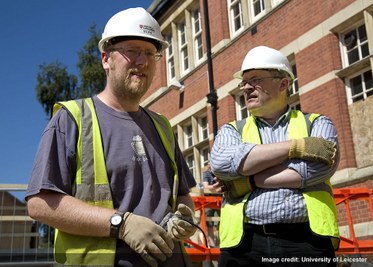 The story was edited by Jacob Conrad

You can find out more about the discovery of Richard III, at the University of Leicester.

You can see photos of Jonjo O'Neill, featured in this episode, performing Richard III at the Royal Shakespeare Company. 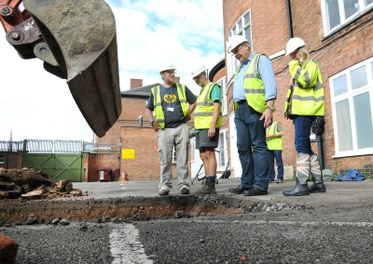 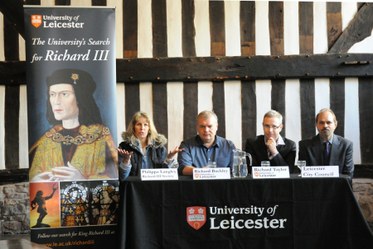