The Wrath of Comic-Con First... Comedian and writer Dana Gould is a proud aficionado of geek culture and a veteran of several Comic-Cons. But as the event started growing over the years, Dana noticed something about the convention-goers that challenged his assumptions of what it meant to be be a geek. That is, until the encounter that provided a cold splash of reality.

Produced with help from Monika Scott.

Dana Gould is a comedian and a writer. He has a popular podcast, The Dana Gould Hour. 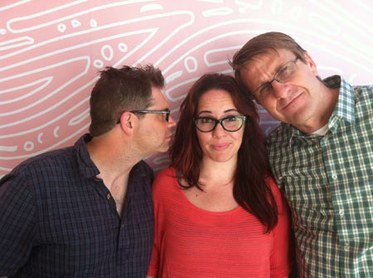 Next... Nine-year-old Dan Telfer loved collecting action figures as a way to escape bullies and create his own controllable reality. In fact, he loved them SO much, that Dan decided to create his own elaborate action figure line and send it to a toy company, thereby launching his lifetime career. Unfortunately, his new activity takes over his life and sends him to the edge of young boy madness.

Comedian Dan Telfer is based in Los Angeles. You can find him online or on Twitter. That story was recorded by Nick White next to the Nerdist Showroom at Meltdown Comics. 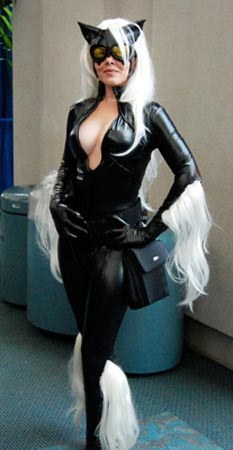 Finallly... The last thing you'd expect to find at Comic-Con is a superhero. Oh sure, you'll see plenty of people in superhero outfits. But for the most part, the ones wearing the spandex are really there for the video games, movies and comic books, not crime fighting. But one year at the convention there was a moment when chaos ensued and the public was frozen in shock. Suddenly a lone figure stepped away from the crowd to take action, and no one knew his name. The story is told by Emma Courtland and Tyler Graim. It was recorded by UnFictional contributor Margy Rochlin.