Lou Amdur's mom died when he was a kid. After his dad re-married, life at home took a hard turn for the worse. Eventually, the state intervened and he ended up bouncing between foster families. But one winter night in the 1970s, after a friend slipped him LSD, Lou, then a teenager, made a journey through the freezing Minnesota darkness, back to the family home he was pulled from. Today Lou lives in Los Angeles, his drugs of choice these days are Muscadet and oysters. 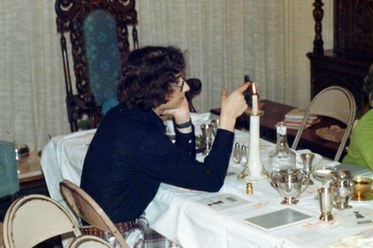 Then...it's just part of being human; we have trouble letting go of objects that hold memories of people, places, times gone by. We feel that low-grade dread: that getting rid of that T-shirt, that stuffed cuddly, might deny us access to some essential part of ourselves. There's an LA-based company that specializes in separating people from those objects and making sure they stay separated. Producer Kerstin Zilm spent some time with D3 ("Deliver, Document, Destroy"). Co-produced by Jacob Conrad. 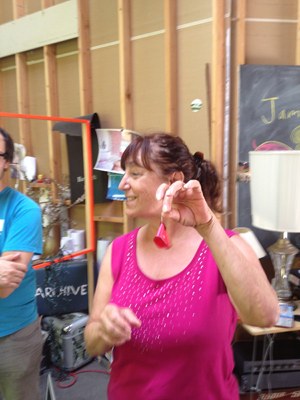 On the set of D3's music video shoot, Reparata Mazzola 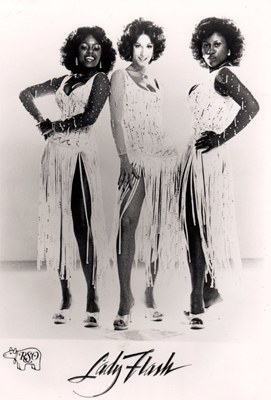 In the 70s and 80s, Reparata Mazzola (center) was one third of
Barry Manilow's trio of back-up singers, Lady Flash.
Decades later, she's still trying to shed that identity.