The Vietnamese people live with ghosts who roam the country, waiting to move on. In fact, wandering souls of the dead are a significant part of Vietnamese culture. If they died a peaceful death, near their homes and with proper ceremony and offerings, they can provide help and guidance to their living descendants. However, If they died a violent and unnatural death, away from home, without proper ritual and burial, the dead move among the living, angry and resentful at their plight.

The war in Vietnam created millions of angry wandering ghosts. The US army psy-ops troops even took advantage of these deeply held cultural beliefs when they broadcast simulated "ghost tapes" during the war to unsettle the soldiers they were fighting. Now though, Vietnam veterans are returning to Vietnam, haunted by ghosts of their own. This includes one man who comes back to help his former enemies find a mass grave, so the ghosts of the people buried there can finally find peace in the afterlife. 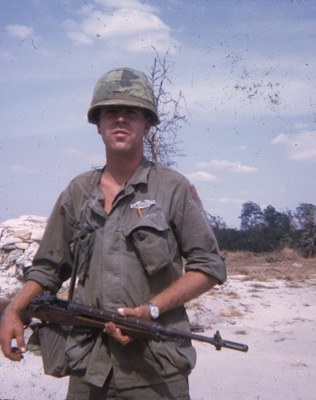 This is the second of a two-part series, presented by British producer Cathy FitzGerald, about the wandering souls of Vietnam. You can find Part 1 here.

Wandering Souls: Saigon was produced by Cathy FitzGerald and Matt Thompson, a Rockethouse production for the BBC World Service.