First... whenever Sharon needed a model for the perfect couple, she looked to her friends Claire and Finbloom. They seemed to be destined to live a happy life together, and Sharon was already slated to officiate their wedding. Then came the shocking news that Claire and Finbloom had actually broken up! But unlike most breakups that go down in a cloud of hostility and depression, Claire and Finboom devised a breakup ceremony... an "unwedding." Sharon would officiate that instead.  A small group of friends met in a park and hummed and hugged, burned text messages, and thought of their own past breakups. 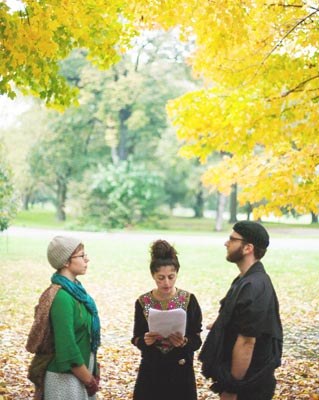 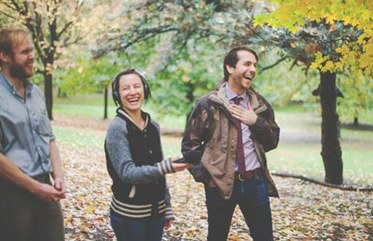 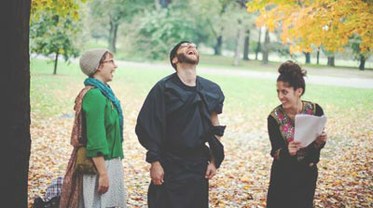 Breaking up doesn't have to be serious

Then... on June 26 the Supreme Court struck down a key provision of the Defense of Marriage Act, opening the doors for gay couples to get married in California and elsewhere. The first person Cameron Esposito spoke to was her girlfriend, the next one was her dad. Her father is an emotional guy who loves to sing and adores his family, but in the past he had been troubled by Cameron's sexuality. She wonders what this new opportunity is going to mean for her and her family. 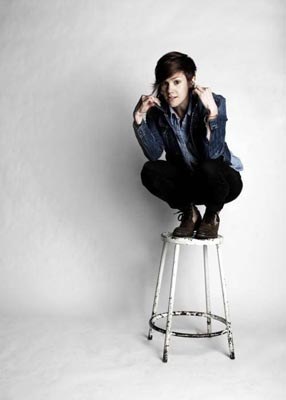 Cameron Esposito was named one of the top 12 LA Comedy Acts to Watch in 2013 by LA Weekly. She's appeared at TBS' Just for Laughs Chicago, SXSW, the Aspen Rooftop and Bridgetown Comedy Festivals, on LOGO and NPR's Bullseye. She hosts two weekly podcasts, Wham Bam Pow and Put Your Hands Together, recorded live every Tuesday night at the UCB theater.