Did you know that one seventh of all human experience happens on a Friday?

Babies are born. Windows are washed. People fall in love, get high, make dinner. They put their kids to bed, or hop on a plane to escape their lives.

For a lot of us, Friday is just another day at work or a lonely night at home with that heavy feeling that out there in the city, other people's dreams are coming true. They’re falling in love, or dancing brains out until the sun comes up. Or maybe they’re having the best cheeseburger of their life. 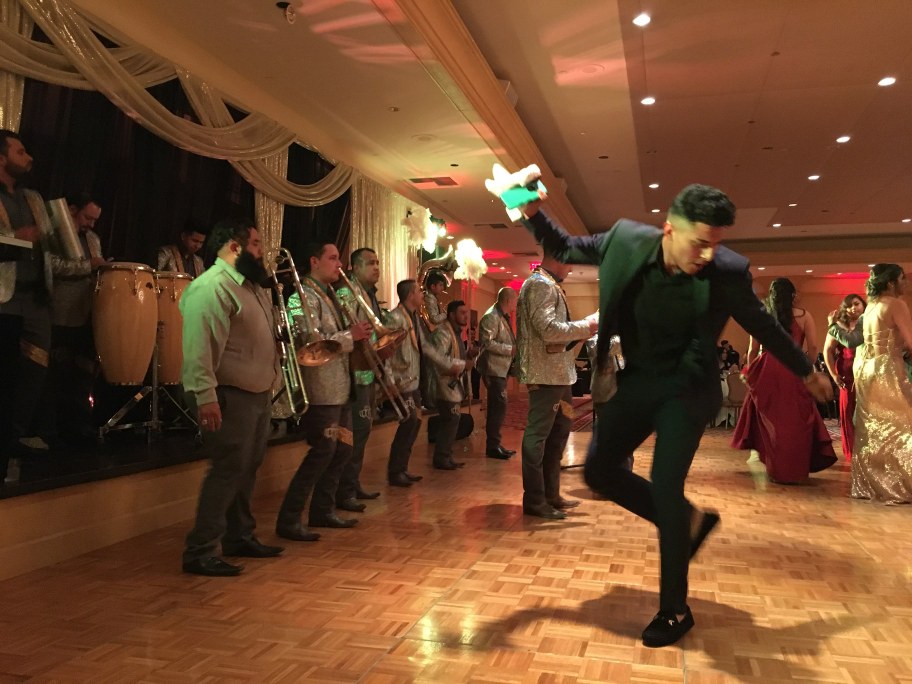 For me, Friday night has always been about freedom, about that moment when you get off work and your time no longer belongs to someone else — the night is yours.

But recently things have felt different. 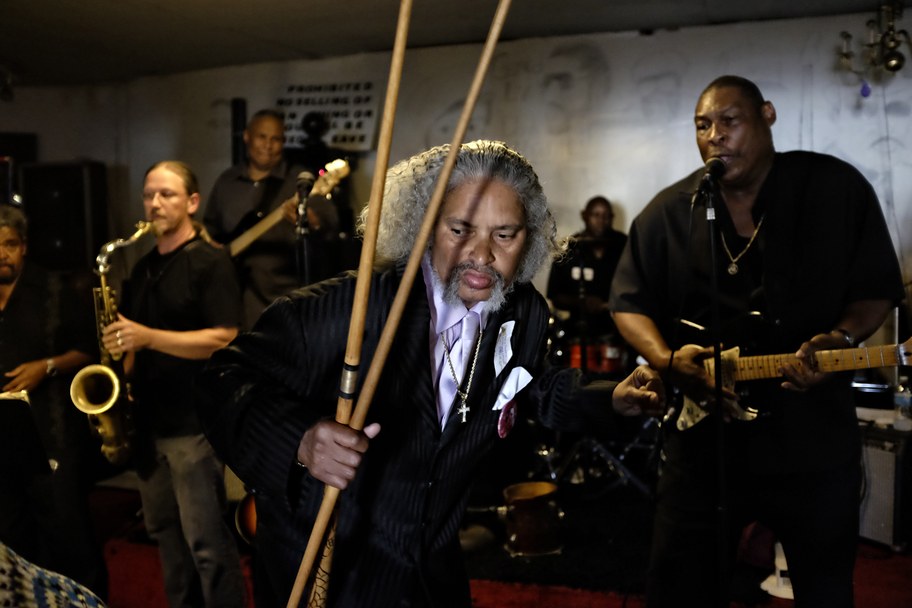 ‘Meat Man’ at the Barnyard, a blues club on South Main Street in Los Angeles. Photo by Larry Hirshowitz for KCRW.

On March 16th, 2020 everything changed. The mayor of LA, Eric Garcetti, announced that all bars would be closed and restaurants would be take-out only. Public events for the foreseeable future were canceled. Except for outdoor exercise and essential daily needs, we would be confined to our homes.

For the past seven years, as I’ve worked as a reporter in Los Angeles, I’ve documented the many ways that Angelenos spend their Friday nights. Then suddenly, on March 16, this archive of recordings became something new: a time capsule of what it used to be like, back when you could jump on the train or get in your car; fire up your electric scooter and head out into the night to have a great adventure.

This Spring has been rough here in LA. For some people, it’s always been rough. I had this idea that when the city opened up I would be out in the streets that first Friday night with all the other stir crazy revelers unleashed back out into the city. I had this vision of being at the bar, at a loud and joyous celebration. I thought about how I would see all the people I recognize from these places but who I have never had a conversation with, and how we would see each other in a new light, how we would talk to each other for the first time and raise our glasses in an epic cheers to everything we had been through.

Instead, the first public gatherings in LA were not held in the name of joy or a great sense of relief. I found myself standing shoulder to shoulder with people in masks, marching through the streets, to protest racism and the killing of African Americans by the police. 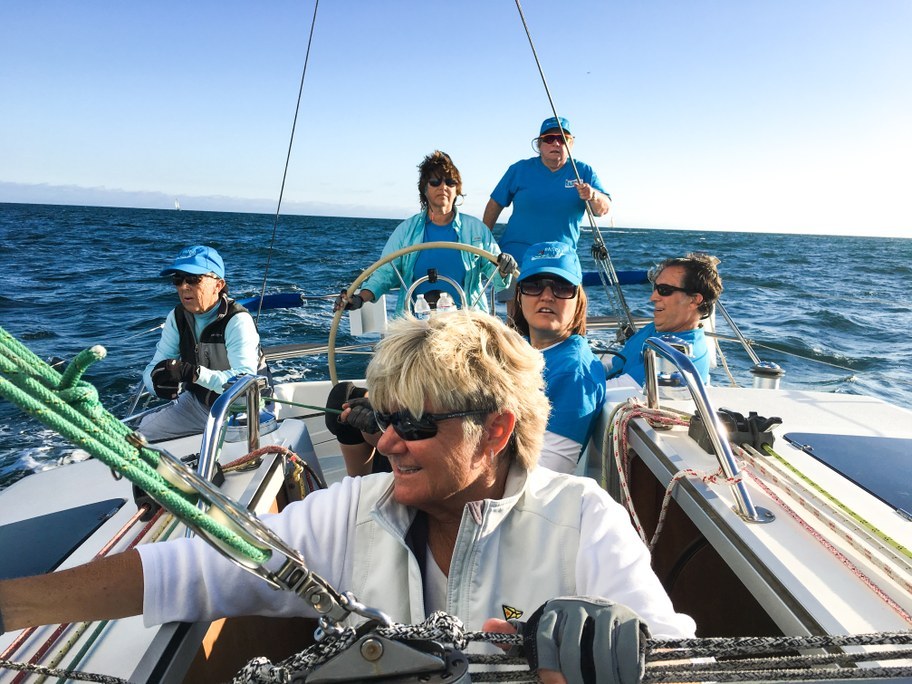 Monica Chaban (far back, center) steers a sailboat during a Friday Regata in Marina Del Rey. Photo by David Weinberg/KCRW.

These days, I spend most Friday nights at home, and more often than I’d like I find myself sitting on the couch scrolling through stories of people being assaulted by police, of people in detention centers and prisons pleading for help as the virus spreads. It fills me with sadness, and rage, but also hope, because things feel like they are shifting. I know there will be a time when the thrill of Friday night returns. But in the meantime, there is work to be done. And if you, like me, miss the nightlife, I’ve put together a collection of some of my favorite people and places from Friday nights over the last few years.

It is this week’s episode of Welcome to LA: “Friday Night: The Kingdom of Time” 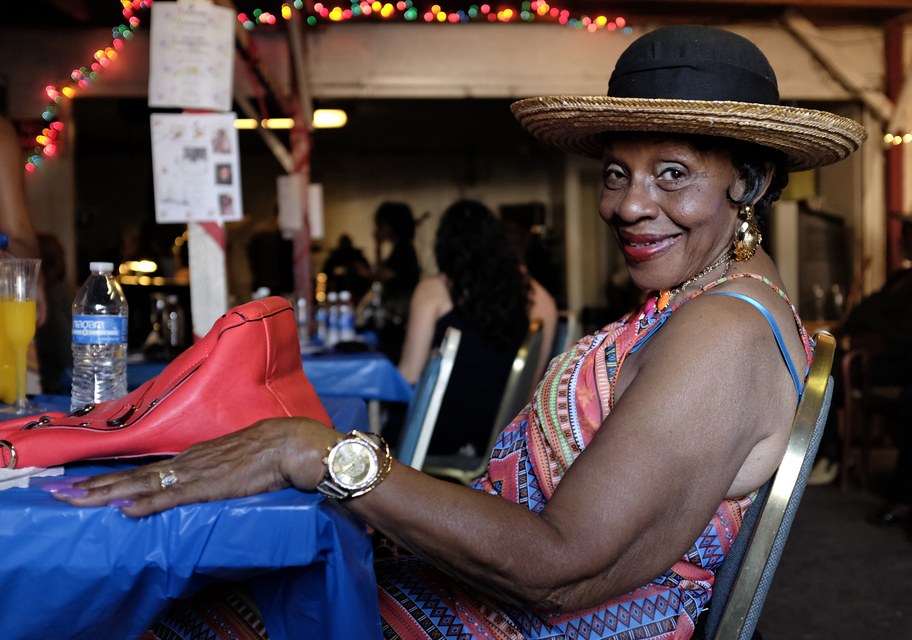 A Barnyard attendee on a Friday night. Photo by Larry Hirshowitz for KCRW.