Hunkered down in my flat a few days ago, I searched for something good to listen to and quickly shuffled through a few new CD’s. They sounded frenetic and busy, with too many notes for the quiet solitude of these stay-at-home days. Then my eyes landed on Christian Jacob’s 2014 solo piano album Beautiful Jazz: A Private Concert, and I’ve been returning and listening to it ever since.

On Beautiful Jazz: A Private Concert, Jacob covers well-known standards like “How Long Has This Been Going On,” “I’m Old Fashioned,” “It Might As Well be Spring,” and “Tea for Two,” but he handles the melodies with subtlety and invention, making them his own. Opening with the Gershwin song, “How Long Has This Been Going On,” Jacob doesn’t state the theme until after 30 seconds have passed. The intro shows the indelible sonic imprint and harmonic substitutions of Debussy, Ravel, Bill Evans, and maybe Chopin is hiding in there, too. His keen harmonic sense keeps these old chestnuts fresh, original, and consistently interesting.

Like Joe Zawinul and Bill Evans, Christian Jacob was conservatory-trained as a classical pianist, but the jazz muse landed on his shoulder. He had earned first prize from the venerable Paris Conservatory and was expected to embark on a classical career. But his heart was in jazz, which he first heard at age 9. He wanted to improvise, and that meant jazz music. Like Zawinul before him, Jacob enrolled at Boston’s Berklee College of Music and was very soon playing with top jazz musicians and musical heroes.

Jacob never forgot his classical roots, which are present in his jazz improvisations. He melds the two into an organic whole, in a natural and unforced style. He has a light, airy touch and enjoys using the sustain pedal to let chords hang in the air and coalesce into new harmonic ideas. Jacob doesn’t need to show off his prodigious technique and try to blast the listener with a thousand notes played at breakneck speed. On Stravinsky’s “Etude #4,” however, he does unleash a fusillade of rapid-fire notes, a clear demonstration of his classical training. Jacob writes in the album notes that he included this classical track because “the spirit of it is [jazz].”

The songs on Beautiful Jazz: A Private Concert are the perfect vehicles for Jacob’s elegant style and musical imagination. They were chosen to represent the time he transitioned from classical to jazz, and he wanted to share his love of these timeless standards. I highly recommend this album—it’s one that the listener can savor repeatedly but always discover something new. I find it perfect listening and a balm for this crazy pandemic time.

Jacob recorded the album at the Colburn School’s Zipper Hall on a big 9-foot Hamburg Steinway Model D grand piano, with no audience except recording engineers. The recorded concert hall sound is an audiophile’s delight. Kudos to Mark Waldrep for engineering, mixing and mastering. 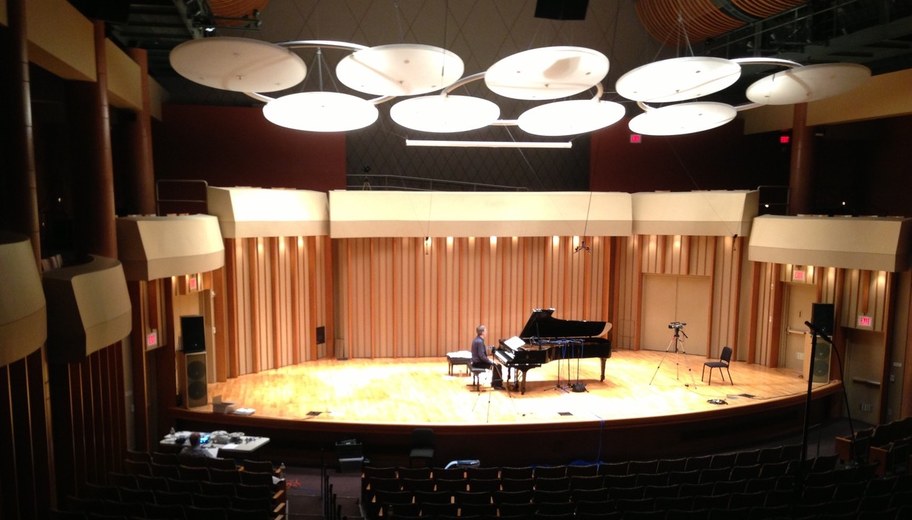 Here is Jacob’s version of “I Didn’t Know What Time It Was,” which didn’t make it onto the album but was recorded at the same session:

END_OF_DOCUMENT_TOKEN_TO_BE_REPLACED
KCRW's Drive to the Future: TODAY, you could win an Annual Membership + Exclusive Merch to the Academy Museum opening this September! Whether you love our news coverage, inspiring music, or live events — we need your support!
Give Now
Give Now