Cool Music-Themed Books for the Giving

Wondering what to get for the music lover in your life? Your friends at Rhythm Planet have some suggestions! We’ve picked a short list of music-themed books that we love and think would make for terrific holiday gifts (including for yourself)! 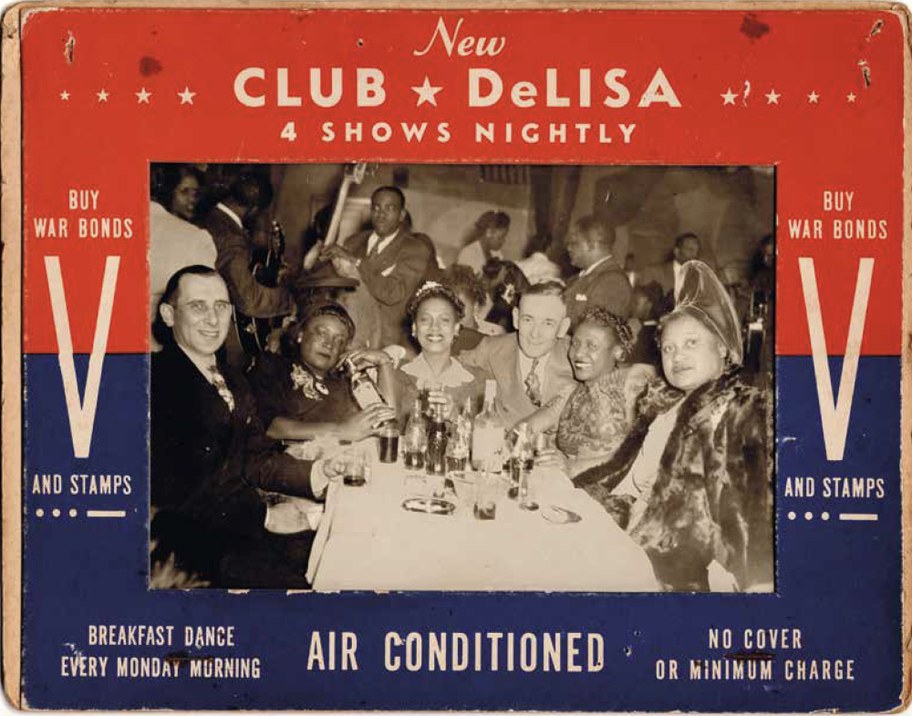 This amazing and unusual book offers a glimpse of famous and not-so-famous jazz clubs in eleven cities from coast to coast during the 1940’s and 50’s. It is a personal history about jazz clubs and the clientele that frequented them, lushly illustrated with souvenir photos of happy people enjoying the music and ambience of these nightspots—testimony to how jazz music brought different people together. Sittin’ In also features interviews with Sonny Rollins, Quincy Jones, Jason Moran, and Dan Morgenstern. I found it a unique and thoroughly enjoyable read. Sittin’ In was lovingly researched, compiled, and written by Jeff Gold, a music historian, author, and veteran executive whom I’ve been fortunate to know for decades. Check out the unboxing video below to see the colorful pages in the book or watch Jeff Gold’s interview with Mark Ruffin of SiriusXM’s Real Jazz to learn more.

Dark Was the Night: Blind Willie Johnson’s Journey to the Stars by Gary Golio (author) and E.B. Lewis (illustrator) 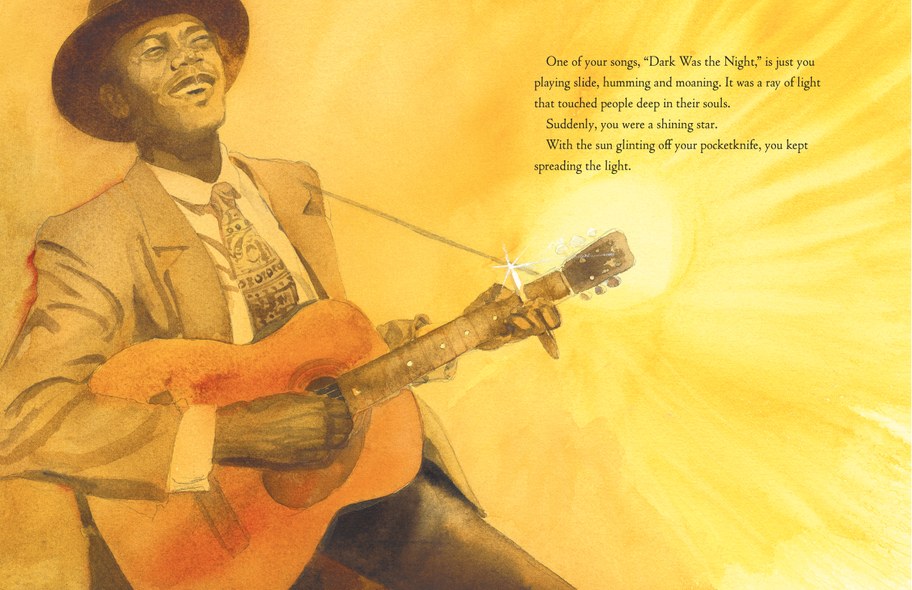 From Dark Was the Night: Blind Willie Johnson’s Journey to the Stars. Illustration by E.B. Lewis, courtesy Penguin Press.

This sweet volume tells the story of Blind Willie Johnson, the famous blues musician whose song “Dark Was the Night, Cold Was the Ground” ascended to outer space on the Voyager Spacecraft in 1977. Written by Gary Golio with illustrations by E.B. Lewis, the picture book traces Willie’s inspiring story—blinded in a horrible childhood accident, but whose raspy voice and brilliant slide guitar playing won him countless fans, including Ry Cooder, who covered his song “Dark Was the Night” on the Paris, Texas soundtrack. Dark Was the Night is billed as a children’s book, but I think it makes for a wonderful gift for children of all ages, from 5-100.  Author Gary Golio has also penned children’s books about Billie Holiday, John Coltrane, Carlos Santana, and Woody Guthrie. 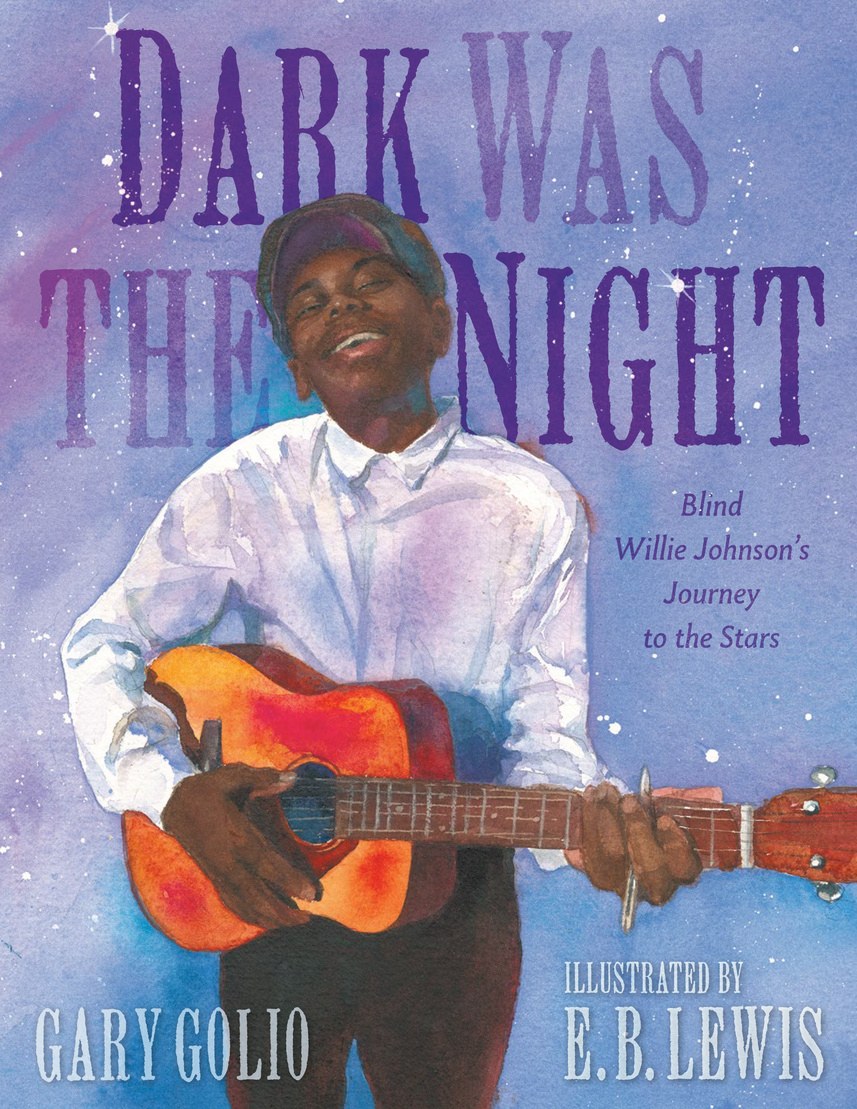 The Voyager Spacecraft is an amazing slice of history. Astrophysicist Carl Sagan and music expert Alan Lomax were among those who selected the music for the golden record (this was 1977, pre-CDs) that went into the time capsule. They included Johnson in the mix next to classics from Stravinsky and Bach, Balkan dances, Navajo chants, Georgian choirs, Chuck Berry, and more. Johnson is in august company, and this new picture book celebrates his place among these music immortals. The music of Blind Willie Johnson is still out there on the Voyager, which has left our solar system and is now in deep space. I can’t think of a better introduction to us earthlings.

Showtime at the Apollo: The Epic Tale of Harlem’s Legendary Theater by Ted Fox (author) and James Otis Smith (illustrator)

This graphic novel showcases the great Harlem venue and all the artists who have performed there since its founding in 1934. From the famous Wednesday night talent contest that launched hundreds if not thousands of careers, we see the history of bebop, R&B, blues, jazz, gospel, funk, hip-hop, and beyond.  A visually enticing adaptation of journalist Ted Fox’s 1983 novel, the illustrations by James Otis Smith engagingly capture the history of this now-mythic venue. I love the graphic likenesses of so many musical heroes, such as Bo Diddley, Stevie Wonder, Michael Jackson, Prince, and of course James Brown’s immortal shows. Upon landing in New York City in February, 1964, the Beatles’s first request was to visit the Apollo. Even President Obama crooned Al Green’s songs there during a fundraiser for his second term in office. 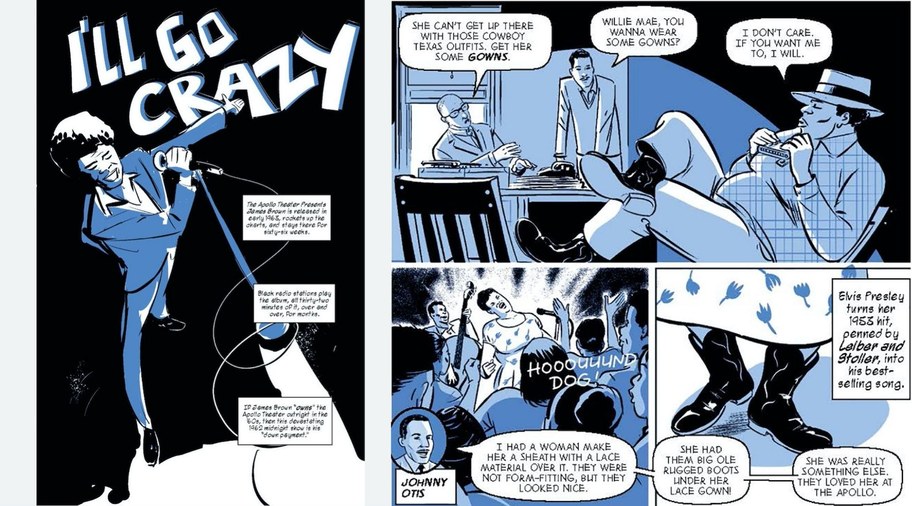 Overground Railroad: The Green Book and the Roots of Black Travel in America by Candacy Taylor

You probably heard about the Green Book from the 2018 movie by that name, and now there’s a definitive book about it by Candacy Taylor. As a jazz enthusiast for most of my life, I’ve interviewed many artists who relied on the Green Book on tours through America, a vital safety measure when traveling through the Jim Crow south. The original Green Book guide was published annually from 1936-1966 to help Black travelers find safe places to eat, buy gasoline, and sleep. Overground Railroad tells the stories of Black travelers and the businesses that bravely offered services to them in defiance of segregation. With photographs of people, places, and memorabilia related to sites in the Green Book, Overground Railroad is a treasure-trove of Black history. Taylor has also curated a related exhibition, in partnership with Smithsonian Institution Traveling Services, that is currently on view at the National Civil Rights Museum, one of the few remaining Green Book sites. The exhibition will tour to additional venues in 2021. 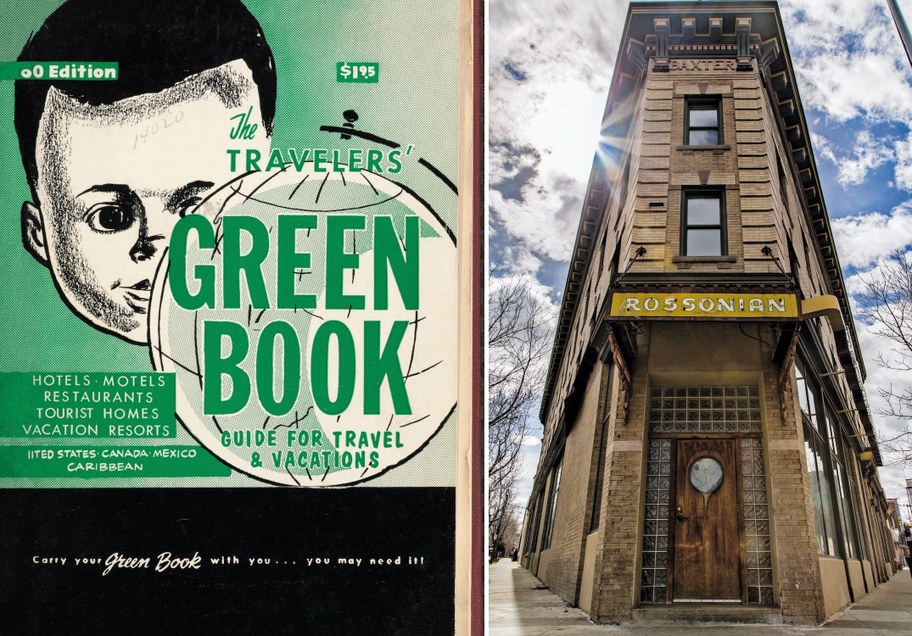 Mapping the Green Book from National Geographic Society on Vimeo.