Back in 2006, choral composer Eric Whitacre’s remarkable album Cloudburst stunned me with its beauty and polyphony. I was so taken by the music and by Whitacre’s unusual musical trajectory that I recorded a story for NPR’s All Things Considered. I’ve continued to love his approach to vocal harmony, his chord progressions, and his orchestral writing on subsequent albums as well. Whitacre has now released the world premier recording of a moving work called The Sacred Veil, written in collaboration with poet/lyricist Charles Anthony Silvestri, whose poems mirror Whitacre’s choral inventions. It was commissioned and performed by the Los Angeles Master Chorale, conducted by Whitacre and accompanied by Jeffrey Zeigler on cello and Lisa Edwards on piano. We are lucky that the album was recorded in January 2020, just before COVID-19 pretty much eliminated choral and other live performances.

The Sacred Veil was conceived almost by chance—when Silvestri left a poem that he had planned to share at a family funeral on Whitacre’s piano. Upon reading his friend’s words, Whitacre immediately began to set them to music. Silvestri had lost his wife Julia to cancer at age 36, leaving him to raise their two young children. The poem at the genesis of The Sacred Veil was an attempt by Silvestri to reflect on his loss and search for solace after a decade of grieving.

The album title refers to the numinous realm between the living and the dead, and sudden visitations by those who have left us. Silvestri’s opening line, “Wherever there is birth or death” is the mantra that inhabits the piece. In both text and music, the 12-movement work explores themes of life, fear, death, grief, eternity, hope, and healing. Silvestri and Whitacre are close friends and longtime collaborators, and Whitacre was also close to Julia Silvestri. It is clear that these themes resonated strongly between them. The harmonies in The Sacred Veil are soothing but not sappy. Nor are they as austere as you would hear in Estonian composers like Arvo Pärt. I find the music transcendental, sometimes challenging, yet heart-warming and calming—a perfect musical anodyne for our crazy times.

I remember once traveling to Minneapolis to participate in a music panel at a conference. I was dressed appropriately in a jacket, tie, and just-shined shoes. As I walked down the street returning to the conference, I suddenly felt the presence of my father, who had died three years before. He always told me to present myself properly in public and always wear shined leather shoes. I felt his spirit close to me and was temporarily overcome. I started crying and tried to collect myself before going back into the hotel ballroom to be part of the afternoon panel. To me this is similar to the numinous phenomenon that Whitacre and Silvestri have put to words and music. The departed are around us and can appear anytime.

Los Angeles Master Chorale artistic director Grant Gershon described The Sacred Veil as Whitacre’s requiem, noting in the booklet that the experience of recording the work was both “cathartic and heart-wrenching” for the artists. Rick Schultz of the LA Times says the work “memorably celebrates the precarious beauty of life, offering the welcome consolation of art and a momentary stay against our collective fate.” There has always been a strong spiritual element in Whitacre’s music, and with this project he again reminds us that music is a spiritual source for good that connects us all. 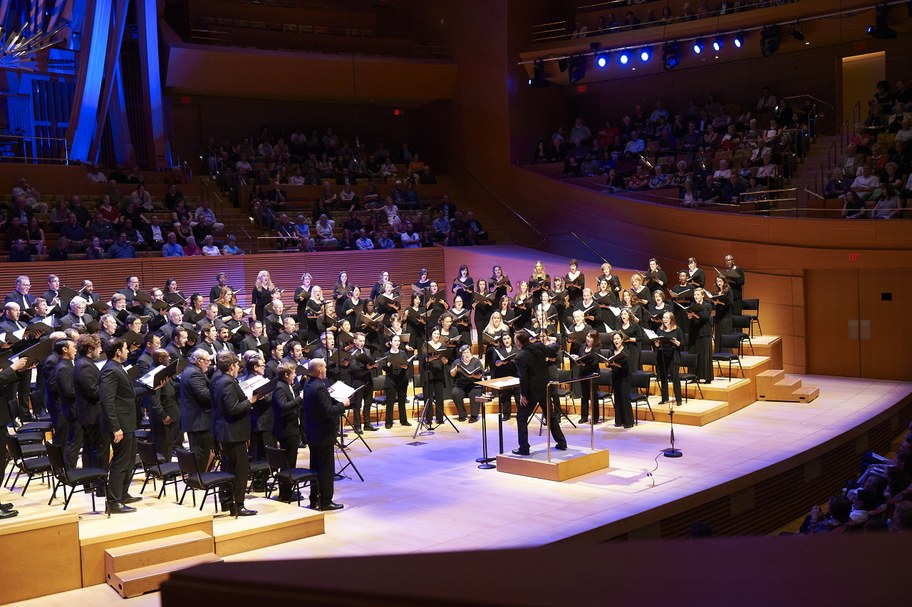