Lifeguarding, Opera, Fred Hyatt and Me

I was an Los Angeles County Beach Lifeguard for 35 years, right out of high school and all the way to 2000.  Doing the math makes me feel old.  Anyway, being in a lifeguard tower is a great way to listen to radio and discover music, and radio becomes very important.  I turned the dial constantly, found all the best shows for my enjoyment and learning purposes, and always tried to get whatever tower I was assigned to–to myself alone—no conflict on what stations to listen to then.  God forbid I’d be in there with some heavy metal guard.

One of the shows I made it a point to listen to was on KPFK, 90.7.  This was back before NPR made much of a dent, but I did listen to KCRW’s local shows back then too.  The show on KPFK was an opera show, hosted by a guy named Fred Hyatt, on Sundays at noon.  There I learned the beauty and passion of Puccini, Verdi, Mascagni, Callas, Tebaldi, Jussi Bjorling, Pavarotti.  The only problem was that Sundays were busy and I’d often be out of the tower, on foot patrol, making preventions and rescues.  I used to curse having to leave the tower during a particularly delectable scene, but I was working and had no choice. So I’d grab my can, hit the ramp and head towards the water, hoping I’d be back in time to catch the end of the aria or at least the opera and Fred’s back-announce.  He was particularly good at making the beauty of opera contagious, and as a radio host he inspired me to learn more.

And so I thank lifeguarding and Fred Hyatt for helping me uncover the secrets of opera and enjoy its beauties.  By the way, that’s me at the Brooks Avenue tower in Venice, early 1990’s, taken for an SMC staff magazine. 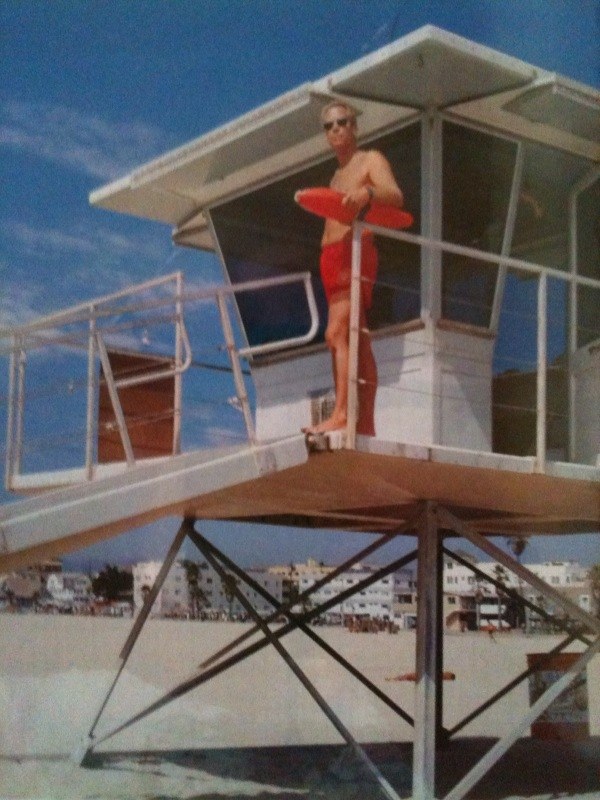