Qawwali and Raga: Quest for the Sublime

This playlist features Pakistani and Indian world music artists I deeply admire. They bent the rules and took chances, creating something new and sublime along the way.

The late Pakistani singer Nusrat Fateh Ali Khan introduced ecstatic Sufi gospel to an international audience and also worked with producers outside of the qawwali tradition. The roots of qawwali (Sufi gospel) music reach back to 8th-century Persia, before its migration to the Indian subcontinent in the 11th century. The word qawwal means “utterance,” and qawwali songs are often about love and devotion to the divine. In terms of feeling and gestalt, it is more like a full American Gospel choir than, say, a Catholic service, with ecstasy and transcendence as its goal.

Nusrat toured the U.S., including a big show at the Universal (now Gibson) Amphitheater. I had a chance to see him perform twice, first at the LAX Hilton and again in Buena Park, California. He crossed musical boundaries, recording a hit song called “Mustt Mustt” with Massive Attack as well as crazy fun albums with producer Bally Sagoo. Nusrat’s brilliant collaborations with producer Michael Brook brought new audiences to him as well. His adventurous spirit makes him the greatest qawwal of them all in my eyes. 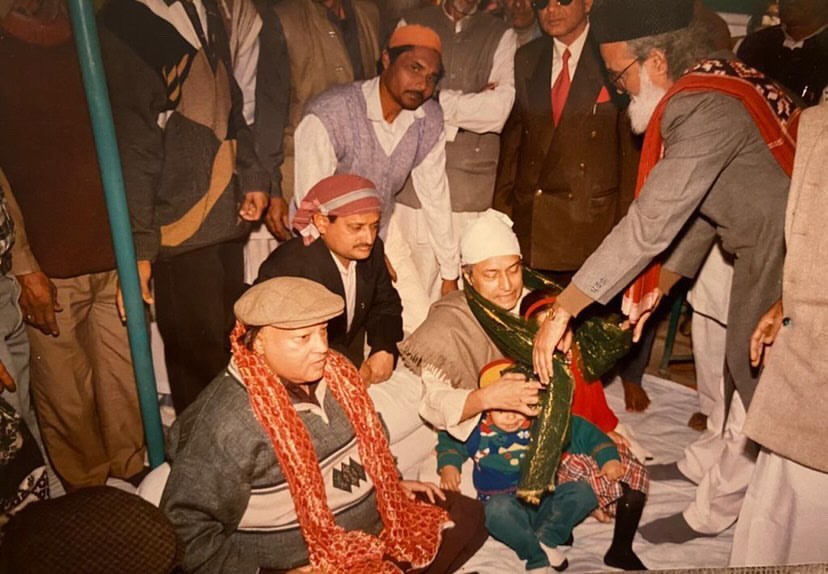 The most famous female qawwal, Abida Parveen will occasionally use a piano ostinato in her music, unusual for the genre. She has perfect pitch, a powerful voice, huge range, and her low notes will give you goosebumps. Called the “Queen of Sufi Music,” Parveen’s career started when she was just twenty, and since then her fame has spread throughout Pakistan, India, the Gulf States, France, and the U.S. I was lucky to see her at a show in Long Beach years ago. Here she is with Rahat Fateh Ali Khan, Nusrat’s nephew and part of his group when he was still with us. I’m blown away by the passionate vocals.

Amjad Ali Khan, an Indian classical sarod player, reinterpreted traditional raga on his album Moksha and, like Ravi Shankar, has performed with symphony orchestras. I’ve included two songs from Moksha on the playlist because its spiritual goal is similar to qawwali music—the Hindu word Moksha translates as “the end of the death and rebirth cycle.” It also means “liberation.” In the first video below, Amjad Ali Khan performs with the Singapore Chinese Orchestra in a fusion of Indian, Chinese, and western traditions.

I would be remiss not to include the legendary Sabri Brothers in any discussion about qawwali music. Although they didn’t push the boundaries of the genre like Nusrat Fateh Ali Khan, they were the first group to travel extensively outside of Pakistan and “spread the gospel” so to speak. My first vinyl record of theirs was a live concert produced by Hanif Haji, with proceeds donated under the auspices of the Agakhan Foundation to Agakhan University. My thanks to film director Meena Nanji for giving me that record long ago. I still have it. I caught them in performance once at Hollywood High School. They lost one of their original members, and I don’t know if they still perform. 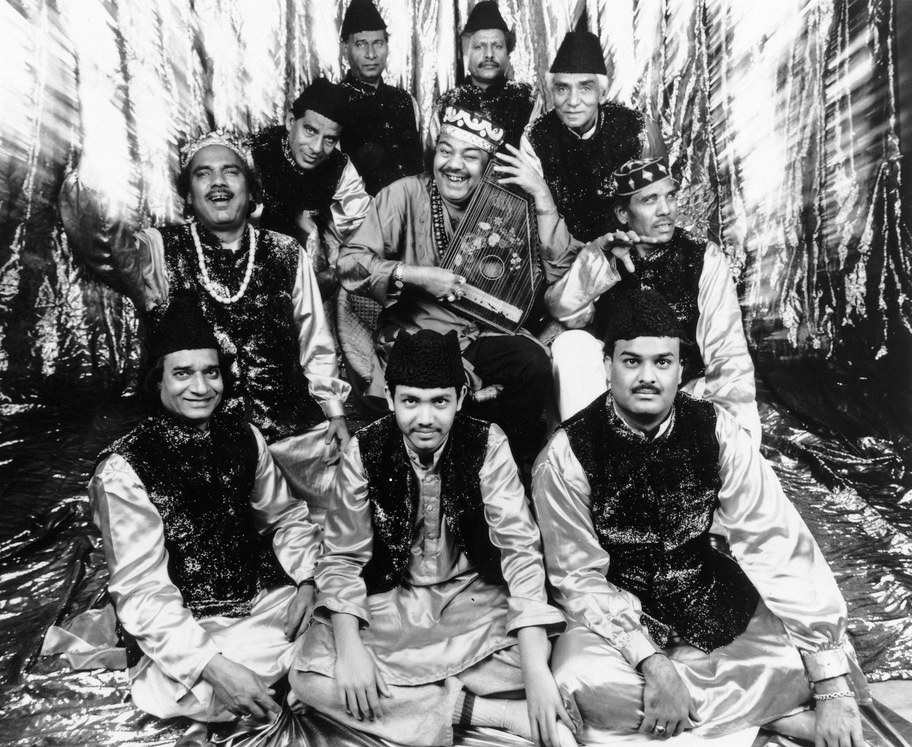