of the film “When You’re Strange” poses for a portrait at the Film Lounge Media Center during the 2009 Sundance Film Festival on January 17, 2009 in Park City, Utah.

Ray Manzarek died this past Monday in Germany, where he was being treated for bile-duct cancer.

I wasn’t into too many popular bands of the 1960s, but I was a fan of The Doors.  They were a quintessential LA band.  The founding members, Ray and Jim Morrison, met on the beach in Venice.  Their song lyrics contained references to Los Angeles.  The band got their start playing at the local clubs throughout the city and landed their first extended run at The Whisky a Go Go on The Sunset Strip in West Hollywood.

It was Ray Manzarek who shaped the sound of The Doors.  His Bach-like intro set the stage for “Light My Fire”, which I listened to non-stop on my 8-track player en route on Highway One up to San Francisco in my Citroën DS 19 in 1968.  It was the perfect soundtrack for the ride up the coast. 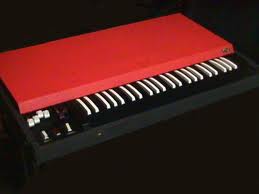 Also interesting is that Manzarek’s sound on the Vox Continental keyboard influenced the sound of 1970s African and new Cuban bands too.  The great Marco Werman spoke about this on yesterday’s (5/21/13) Global Hit on PRI’s The World.

Neil Young once said that “It’s better to burn than to rust (actually he said “burn out” but I prefer just “burn”).  Jim Morrison burned out in 1971, drowning in a Paris bathroom after overdosing.  His tomb at Père Lachaise cemetery always has flowers on it.

Ray Manzarek chose to rust instead.  It seems like many boomers are soon going to be rusting too.

Here’s a youtube clip of Ray Manzarek talking about The Doors’, “Riders on the Storm”.

END_OF_DOCUMENT_TOKEN_TO_BE_REPLACED
KCRW’s Season of Giving Back – donate today and you’ll be automatically entered to win an unforgettable VIP New Year’s Eve celebration at the Bungalow in Santa Monica including dinner, dancing, pampering, and a night’s stay at the Fairmont Hotel for you and three friends!
GIVE NOW
Give Now