This week’s Rhythm Planet playlist features the best of midsummer new releases, with music from Africa, Brazil, Cuba, and the latest in jazz. We begin with Somi, an American singer of Rwandan and Ugandan descent who considers herself “an East African Midwestern girl.” An accomplished vocalist who delves into serious and timeless themes, she’s been named a Soros Equality Fellow and a Doris Duke Fellow among many honors. Critics have compared her style to Nina Simone and Dianne Reeves, though Somi herself calls her unique sound “New African Jazz.” Somi is a star ascending.

Continuing along the African-jazz vein, but with funk added, I was happy to see a reissue from Oneness of Juju, because “River Luv Rite” has always been a favorite with its uplifting lyrics and timeless music. After that, the New Zealand singer Louis Baker, about whom I knew nothing when I recently heard his song “The People” on the air. I was moved by its message and had to share it with you.

We hear a gnawa trance track by Moroccan-French quartet Bab L’Bluz, led by African-Moroccan vocalist Yousra Mansour. Musical influences abound on their debut album—aside from Mansour’s guembri playing (an instrument central to gnawa music), there is chaabi, the deep blues singing style of Mauretania, plus western influences of Santana, Jefferson Airplane, and Nass El Ghiwane, the “Rolling Stones of Morocco.” 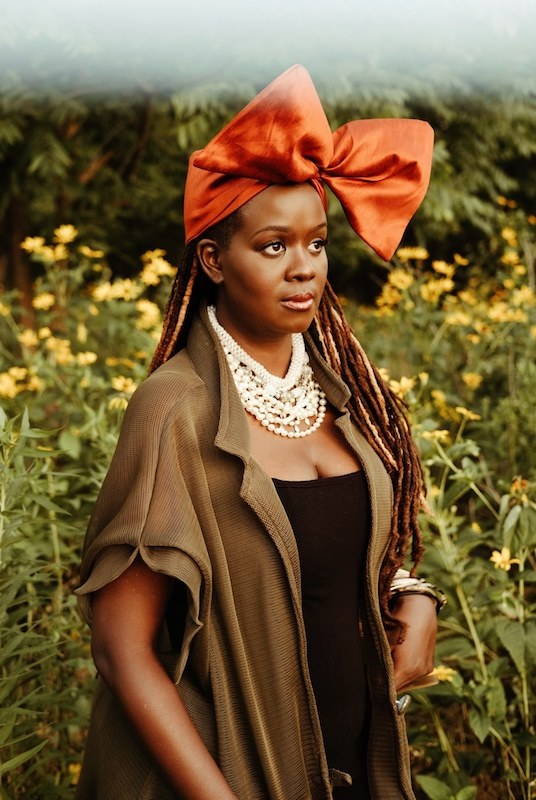 Several jazz albums make this week’s playlist, including the latest from a trio fronted by drummer Eric Binder as well as the Black Light Collective from Detroit. Not a new release, but I like the 70’s feeling of trumpeter Dave Carter’s album Commitment and Change. We also hear Ryan Cohan’s beautiful orchestral arrangement on his song “Heart”. The more I listen to Ryan Cohan’s new album Originations, the more I like it. He is a master of orchestral composition and arrangements.

Other playlist highlights include Cuban pianist Harold López-Nussa playing the tropical classic “Contigo en la Distancia,” an old love song that today reflects relationships in the time of Covid-19. There’s Brazilian music from Guga Stroeter and Orquestra HB as well as from singer Dona Onete, known as the “Queen of Carimbo” who didn’t record her first album until she was 73. I also like Brazilian guitarist Isaias Elpes’s orchestral version of his song “Lua.” For this and all my playlists, I always listen to a complete album and pick my favorite songs. I hope you enjoy this week’s selections, and please let me know which tracks you like the most.

I want to share a terrific video to close out this week’s post. This live performance by the late Algerian raï music queen Cheikha Rimitti was recorded at the small Le Satellit Café in Paris. The three musicians have such a big and compelling sound. I find it entrancing. Many thanks to my longtime Algerian friend Redha Hazourli for sending it to me.